Waterloo is a town in Belgium, about an hour's ride from the capital Brussels on board the bus W. It is a relatively quiet community with shops and points of interest that are within reach. 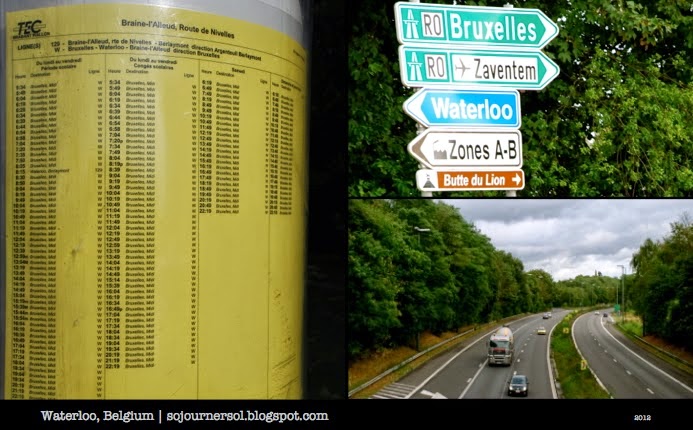 There is the Church of St. Joseph (Royal Chapel) in the heart of Waterloo which is also close to the Tourism Office. 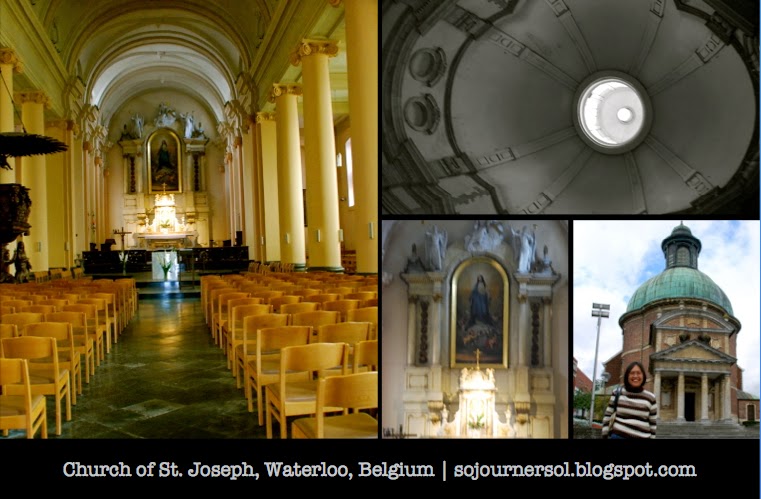 Across the church is the Wellington Museum where the Duke of Wellington stayed on the nights leading to the Battle of Waterloo. 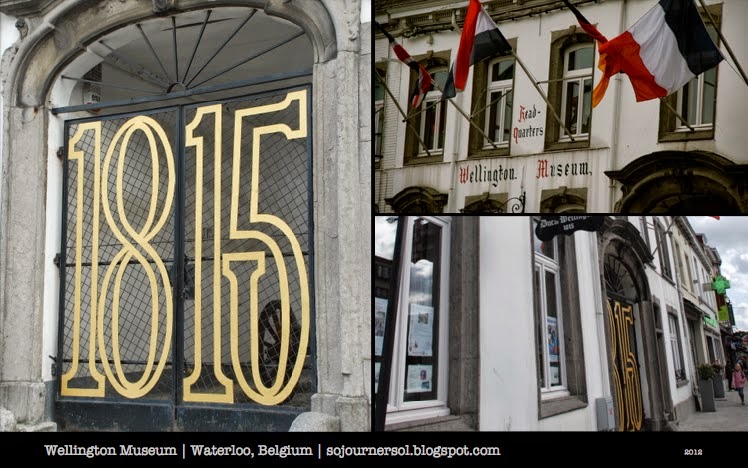 In the town center, shops and cinema lined the major thoroughfare. 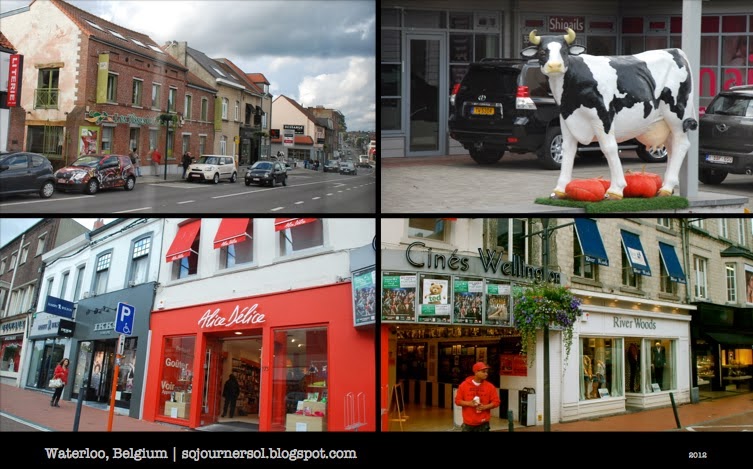 One can't leave Belgium without a piece of Godiva and so I bought my share in Waterloo. A staff of the Godiva shop and I were lost in translation when I purchased some boxes of chocolate. She only spoke French and I couldn't understand a thing she was saying. But with hand gestures, all's well that ends well. A tip though - it's cheaper to buy chocolates at the airport. 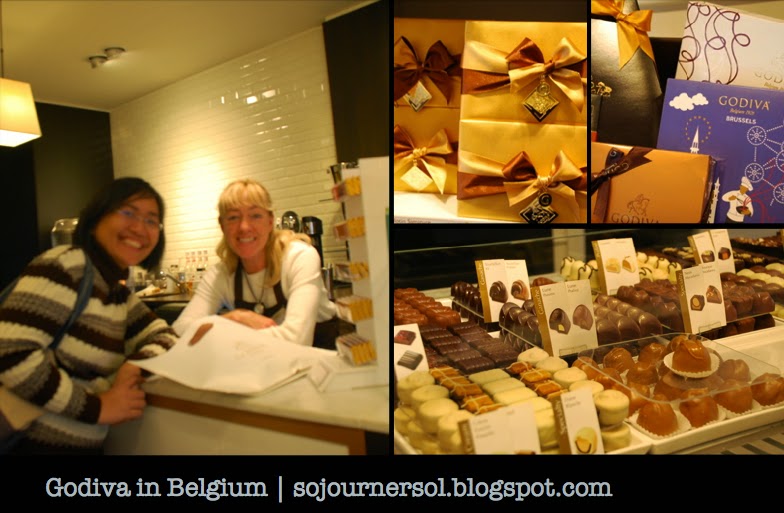 And when we speak of Waterloo, we are reminded of Napoleon Bonaparte's downfall. Just a few a minutes away from Waterloo's center is the battlefield although its terrain is no longer the same as that of the war in 1815. 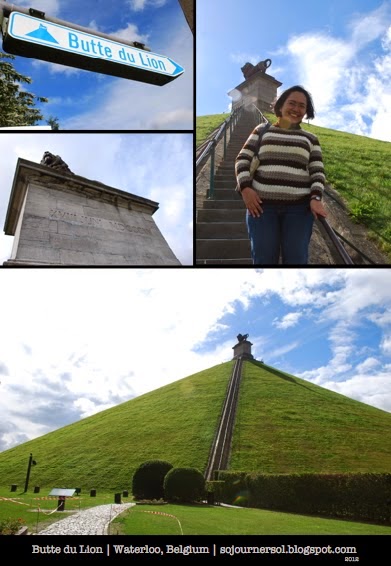 Very prominent is the Butte du Lion, an artificial hill which can be scaled by 226 steps and offers a sweeping view of the battlefield and of Waterloo. 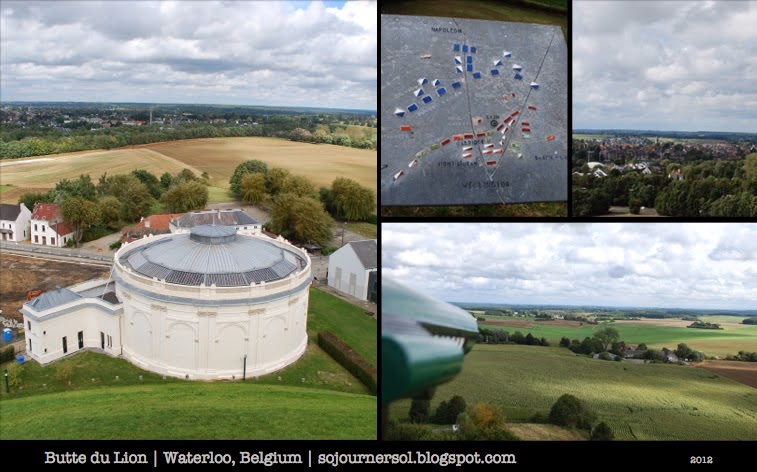 At the Visitor Center, a short film is shown to the guests for a better understanding of the battle, bringing them back to June 18, 1815. 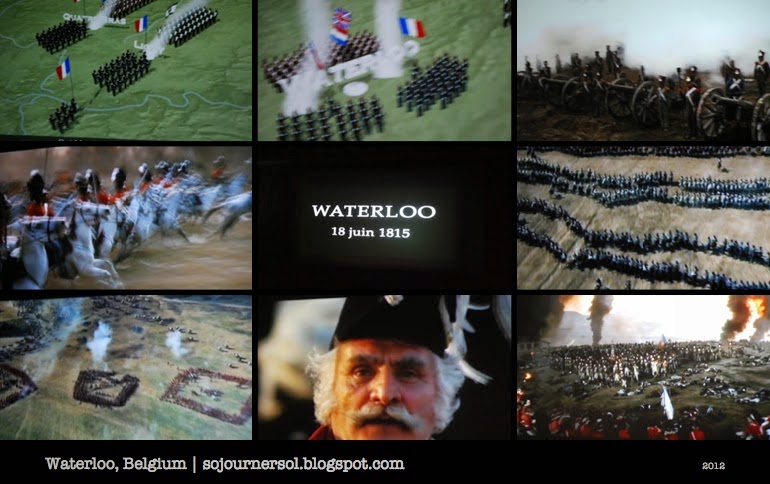 There there is the Panorama of the Battle, a beautifully rendered painting of the battle (with lights and sound effects to boot) on a circular canvas. 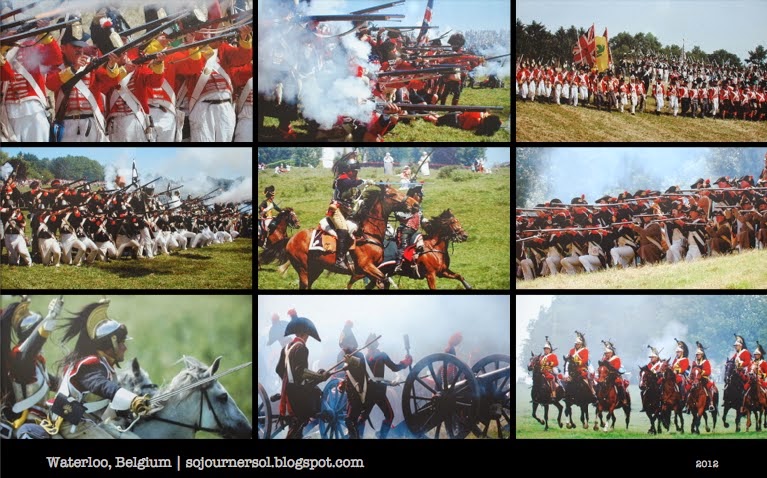 Nearby is the Musee de Cire, a wax museum housed in an old hotel, which features some of the important figures in the Battle of Waterloo. 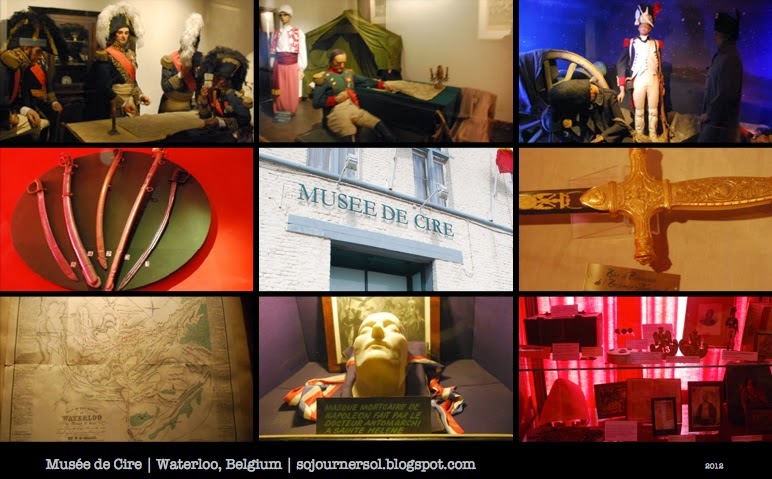 My stay in Belgium, though brief, was fun and insightful. My gratitude goes out to Amb. Victoria Bataclan and her staff, Romy Gle and Ate Carol for the warm welcome and hospitality. 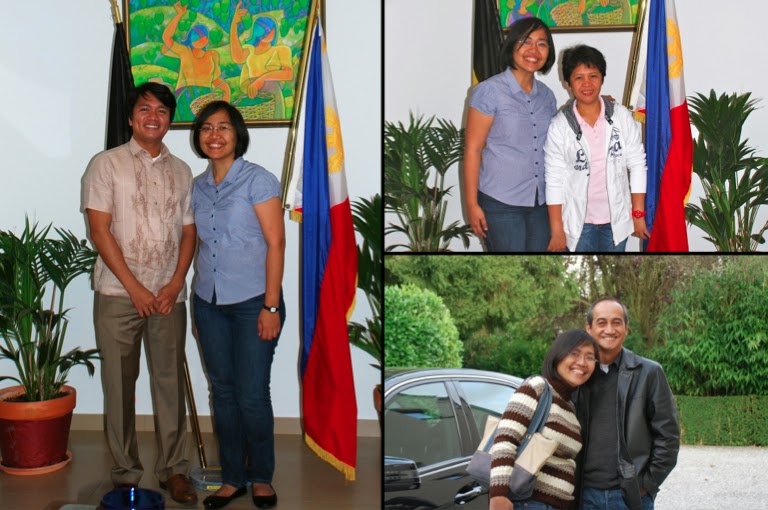 Posted by sojournersol at 8:51 PM