After six hours of train ride and passing through three countries and several cities, I finally arrived in Brussels. 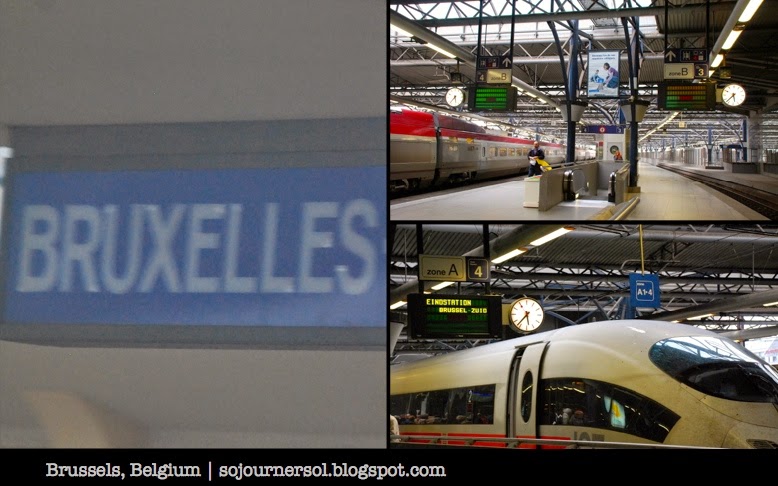 Another way of getting in and out of Brussels is by plane and that was my mode of transportation when I exited Belgium. 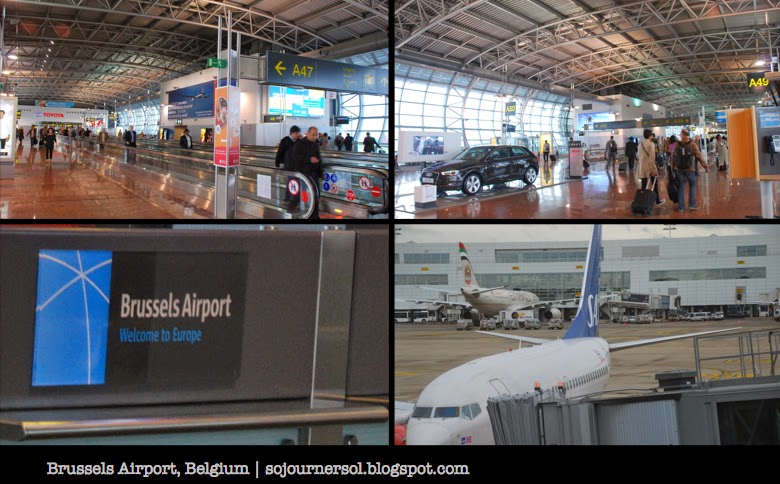 Anyway, back to my arrival in Brussels. Mr. Romeo Gle met me at the train station. Since we were already in Brussels, we decided to explore the city that night. We looked for a locker where I could store my huge suitcase. The nice thing about the lockers in the Brussels train station was that they came in small, medium and large. I picked the large locker because of the size of my luggage. And then we were good to go.

While we were walking out of the station, Sir Romy warned me of thieves, pickpockets and Brussels' version of salisi. There were just too many in the place. Sir Romy himself was a victim when his brand new bike, secured in the parking lot, was stolen. (Let me digress a bit. During my stay in Belgium, I saw one guy lamenting over the loss of his bag inside the train. Apparently, in one of the stops, a passenger picked the poor guy's bag from the overhead storage and stealthily walked away.)

Our first stop was the iconic structure in Brussels, The Grand Place.

You know you're in Brussels when you're in the middle of this huge square surrounded by the Town Hall, the Guild Halls and the Bread House or King's House. I was told that at a certain time of the year, the square is transformed into a large, lovely flower carpet. While the Grand Place has earned its spot as the most beautiful square in the world, it was at some point a derelict structure until it was restored to its former grandeur and beauty in the 19th century. And up until the 1950s, this place was also a big market place.

Who would have thought that this peeing little boy would be one of the, if not the most, photographed statue in Brussels and in Belgium? Fortunately, I was forewarned not to expect a huge sculpture because the Manneken Pis was really small. Too many legends surround it but the more popular ones had something to do with the peeing boy saving the day for Brussels and Belgium.

Not to be outdone, Manneken Pis has a female counterpart named Jeanneke Pis. It is located somewhere near Delirium Cafe.

Another statue near the Grand Place which has attracted a long line of tourists is that of Everard 't Serclaes. A patriot who was instrumental in driving away the Flemings from Brussels, Everard became an alderman and later on was assassinated for defending Brussels. It is said that to touch or rub the statue would bring good luck and would ensure one's return to Brussels.


Another beautiful structure in Brussels is the Galeries Royales Saint Hubert which reminded me so much of Galleria Vittorio Emmanuele II in Milan with its architecture and shops. 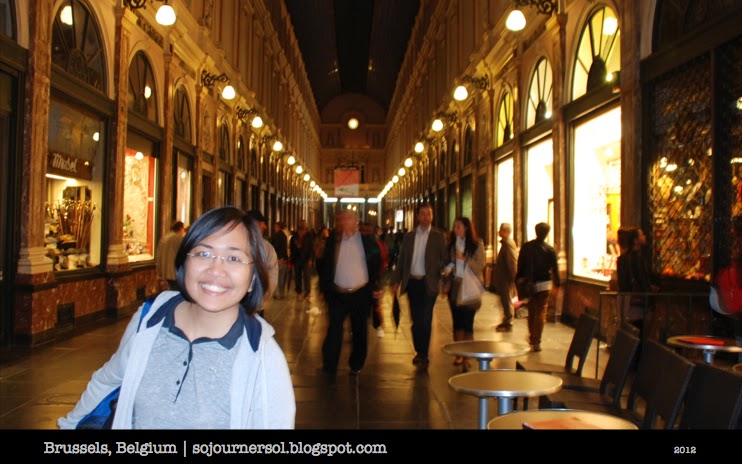 If the Philippines has convenience stores and sari-sari stores in almost every nook and cranny, Alimentation Generale is a common sight in Brussels. Alimentation is defined as provision of nourishment and other necessities in life. And yes, it is your "to-go-to store" in the city. 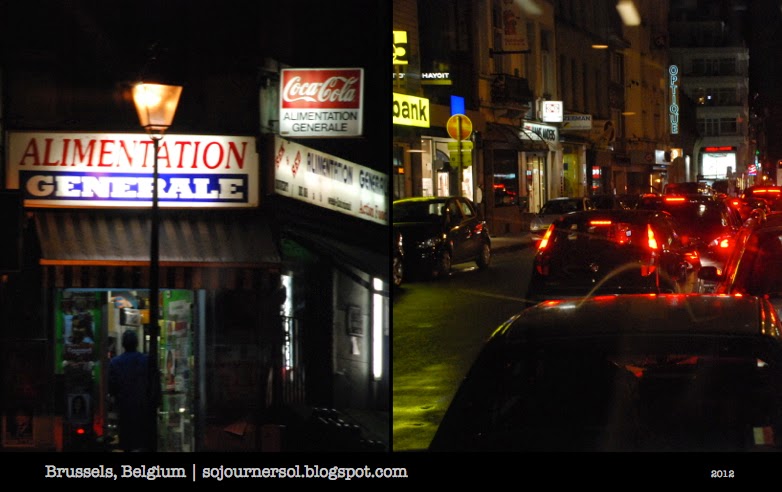 There were other more popular places and structures which I failed to see such as the Atomium, Cinquantenaire Park, European Union buildings and the museums, to name a few. But who knows, I might find myself back in Brussels in the future. Maybe rubbing Everard's arm might actually work.

Posted by sojournersol at 10:16 PM