At first glance, it looks like a typical carinderia in your neighborhood. Open-air ambiance, laid back and rundown feel, tables that can seat four to six people and are meant for sharing, crowd building up during peak hours, a big signage that identifies it as a carinderia. But the similarities end there. A common sight in carinderia is the line of customers making their orders by pointing at the dish of their choice. In Jo-Ed’s, the patrons choose from a menu on a big tarpaulin by the door. Instead of a long table or shelves filled with casseroles of various viands, you’ll find an open kitchen where the owner or his assistants prepare the dish as ordered. 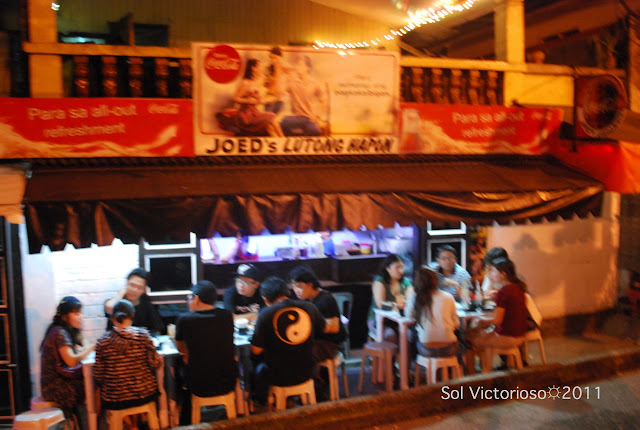 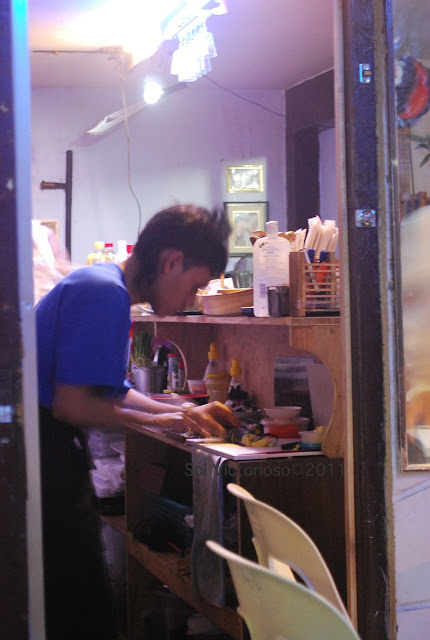 I chatted with the owner of Jo-Ed’s and he said that he used to work as a cook in Japan. However, he had to come home to the Philippines. While processing his working documents, he decided to share his knowledge and skills on preparing Japanese cuisine, carinderia style. He was already set to leave again for Japan but he decided to tend to his business since it was already picking up and becoming a hit among the local foodies.

In both instances that my friends and I have been to Jo-Ed’s, we had the seafood bento mix, California maki, sukiyaki don, teriyaki chicken and kani salad. I am no gourmet but the crab sticks and tempura in the seafood mix tasted good but the tuna was cold, as if it needs to be thawed. The sukiyaki and the teriyaki were okay. I am not a fan though of their California maki. The first time I had it, the nori had a rubbery taste/texture. On my second visit, the rice used wasn’t sticky enough and it tasted a bit bland; good thing the wasabi enhanced its flavor. But the kani salad was the best with the crunchy veggies and a burst of flavors in the mouth. We ended our dinner with a set of sake. 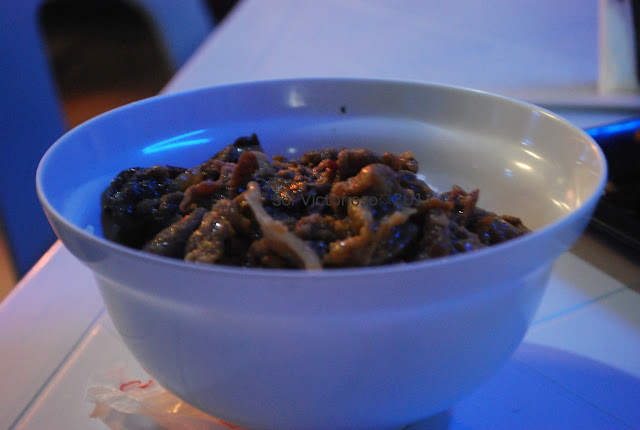 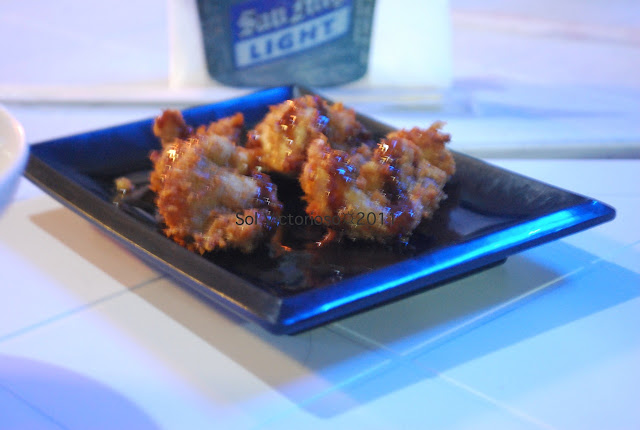 The meals are affordable, a bit cheaper than or almost the same as that of the Japanese fastfood centers. Expect to shell out from Php 80.00 to Php 160.00 to enjoy a busog Japanese meal. Best to have an early dinner, say 6:00 p.m., so you won’t have to wait too long for your orders to be served. Parking is available but you have to deal with the steep incline towards the parking lot.

*edit: Jo-Ed's is now located near Sacred Heart School for Girls (Juana Osmeña area). I don't know if it's just me but it has lost its hole-in-the-wall character in its new location. And I prefer the flavor and texture of the dishes that they prepared at their old spot. Was it because it was the owner himself who whipped up the dishes then?

Posted by sojournersol at 9:28 AM

hmmm... i'm curious to try out this place. the Japanese love to Japanize foreign food (think nori bits and a poached egg on top of a pizza) so i'm curious how Filipinized Japanese food taste like :)

Curious with the place and the food. We are Japanese food lover...cant wait to see this place.

i got really hungry after reading this post! i'm a sucker for japanese food.

Update: Jo-Ed's moved to a new location, near the Sacred Heart School for Girls (Cebu) along Juana Osmena Street.