The Circus Came To Town

I never knew that a circus was coming to Cebu until my Mom called me up to get some tickets for the show. My mom is a big fan of the circus, of acrobats and trapeze artists, death-defying stunts and mind-boggling acts. 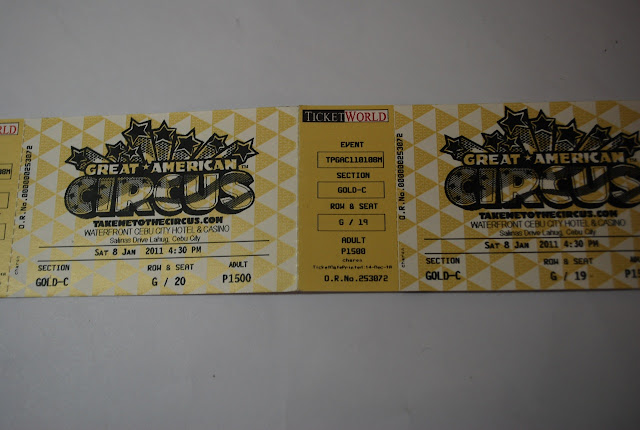 Showtime. I never expected the lines to the venue would be long. Kids inching their way to the Grand Ballroom were being enticed by the circus performers to buy the show lights which cost Php 400.00.

We settled in our seats a few rows from the platform. The show started with the performance of the graceful aerial artists and some Argentinian music number. A lady gyrated with so many hoops around her waist. There were several balancing acts using cylinders and chairs. Then a clown in cowboy suit did his lasso stunt while Michael Kiss performed songs by Michael Jackson. 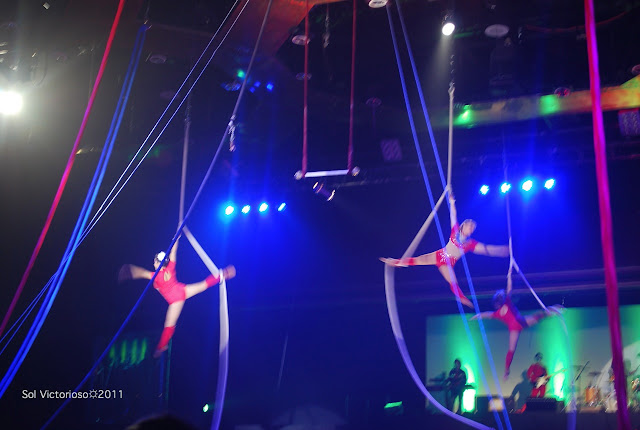 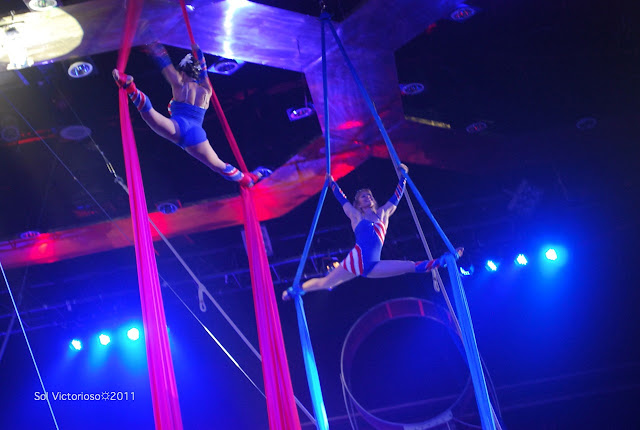 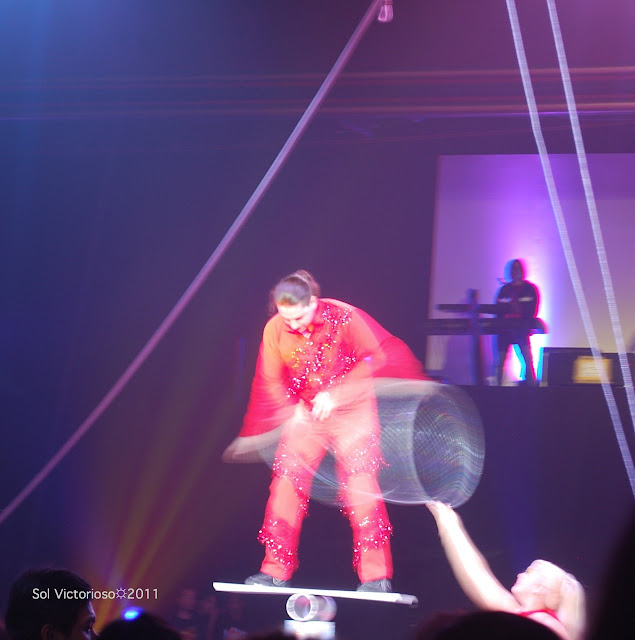 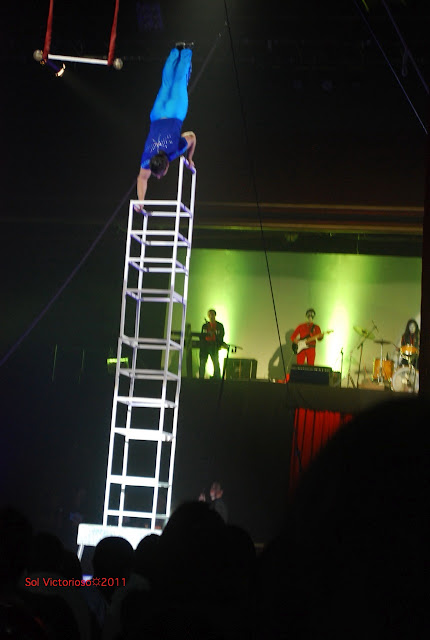 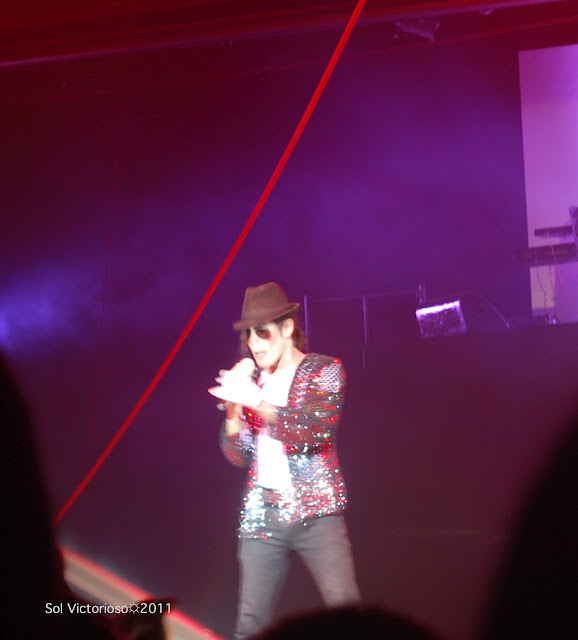 MJ tribute artist who sounded and looked like PDA's Bugoy

The acts that drew gasps from the audience were the Hartzell couple Crossbow Act, Wheel of Death, the triple somersault, fire-eating act and the lady who suspended herself from a bar up in the air. 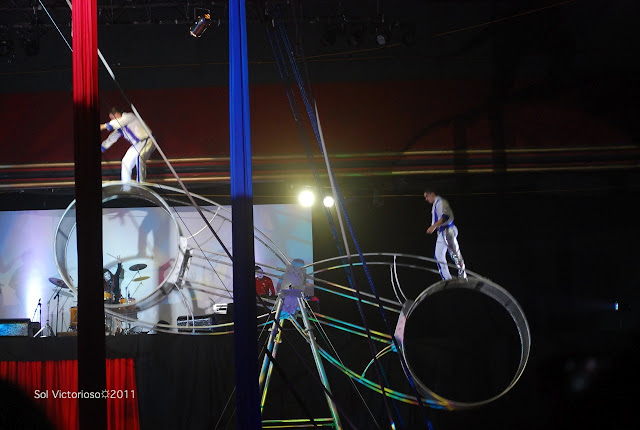 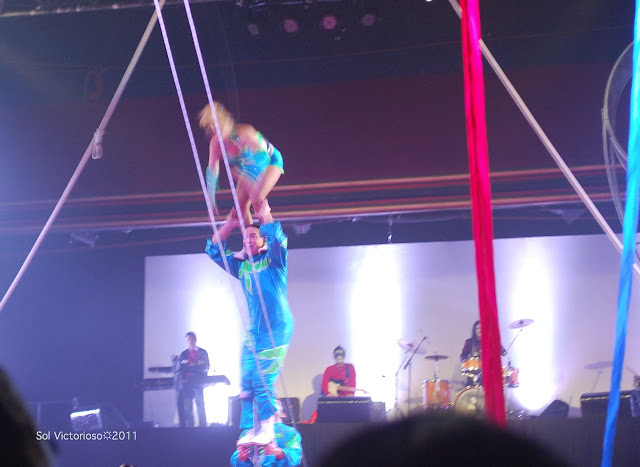 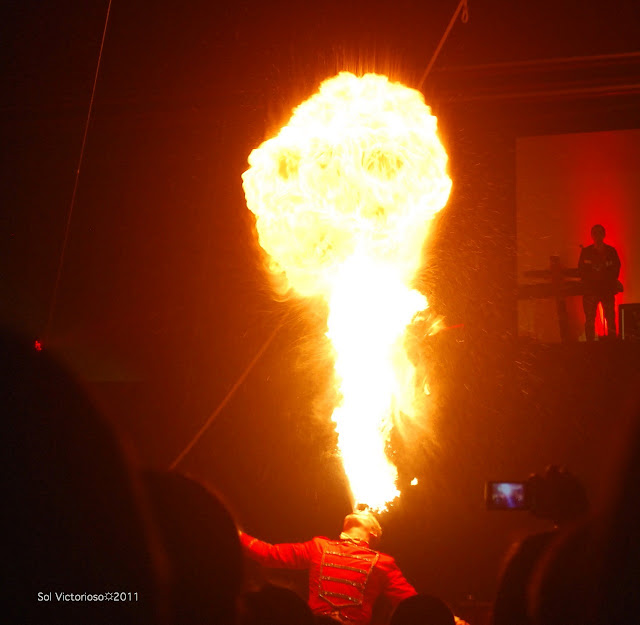 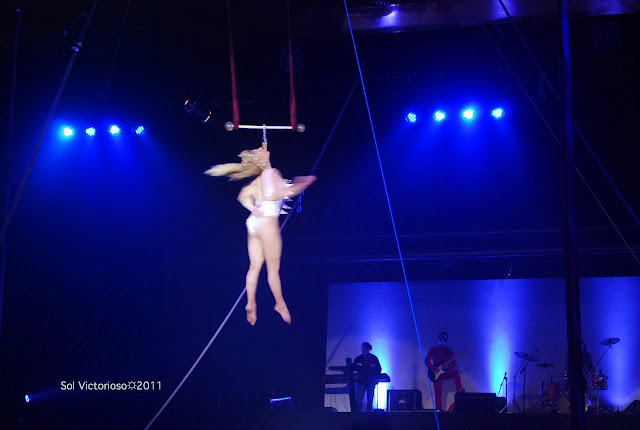 The lady who suspended herself from the bar with her mouth. 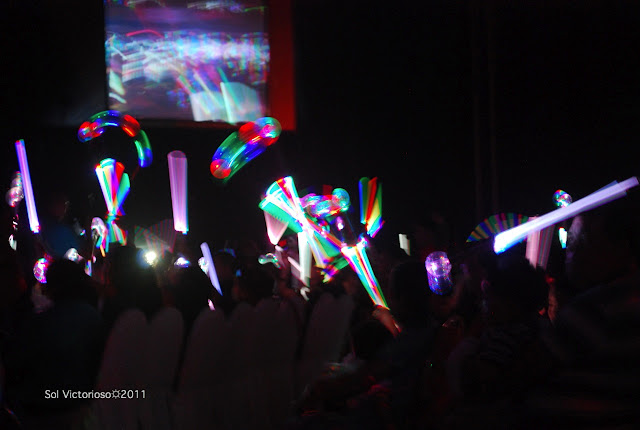 
During the intermission, the kids had themselves painted at the face painting booth while the others had a photo-op with the MJ tribute artist. After the show, there was a meet-and-greet with the circus performers. 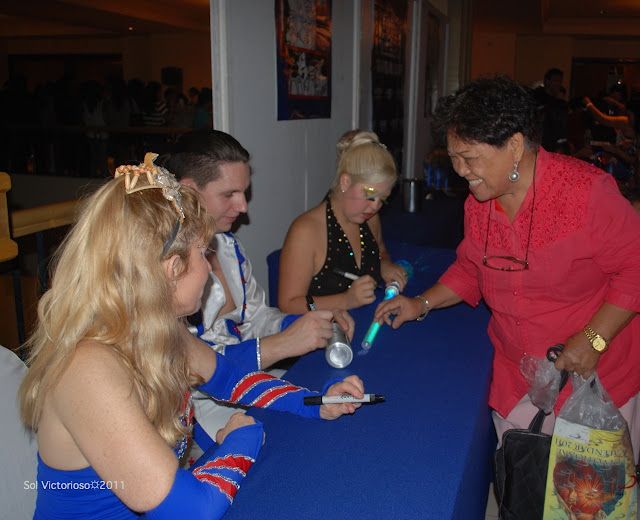 It takes years to perfect these circus stunts. And for that, the performers deserve an applause. However, there were several downside to the show. First, the venue was small or cramped to fully enjoy the circus experience. The platform wasn't high enough so some of us seated a few rows from the stage had to crane our necks or look at the wall monitor to get a view of some of the acts. The Wheel of Death apparatus was almost close to the ceiling lights. There were too many stunts squeezed into an hour and a half show but not all acts gave that jaw-dropping, breathtaking impression. Maybe I am just jaded or maybe I expected a performance similar to Cirque du Soleil.

Over all, the show was fun especially for adults who'd want to relish childhood memories and for kids who have yet to experience the circus thrill.

Posted by sojournersol at 10:50 PM