It was a rainy Saturday morning. Several CLAWees and I answered an invitation for an overnight stay in the north. We headed to the Cebu North Bus Terminal and by 10:00 A.M. we were already embarking on a four-hour trip to Daanbantayan, in the northernmost part of Cebu island.

After burning our asses on the bus seats, a single bladder break, trying to figure out where Tapilon is and constantly reminding the conductor to drop us off at the first corner of Tapilon, we finally reached the place of our host. It was already afternoon and we were a bit famished so we went straight to the kitchen to have our late lunch.

It was raining the whole afternoon. Despite the impending fury of typhoon Bebeng, strong winds, getting soaked under the heavy rains, umbrellas turned upside down and leg-high flood, we still strolled down the beach and climbed up a hill which gave the town its name because it served as some sort of watchtower since it had a sweeping view of the sea where they could see any approaching pirates or enemies. It used to be called Bantayan (where you keep watch) but  now it is called Daanbantayan (or old Bantayan) since there is the new Bantayan which is the island on the northern part of Cebu. 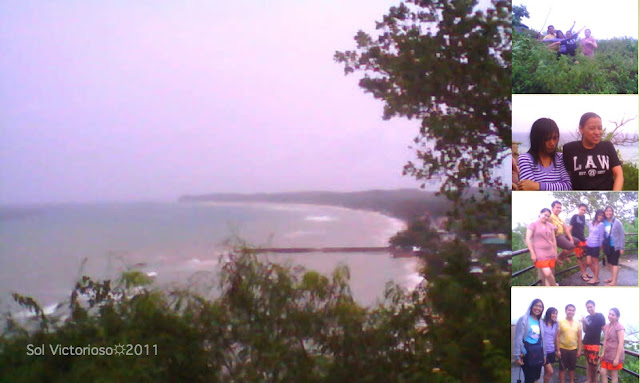 At night, we feasted over lechon, watched the procession of San Miguel (the barangay's patron saint) and the fireworks after the procession. I was already too tired when evening came so I slept early while the rest of my companions and our host roamed around to see what's brewing at night. 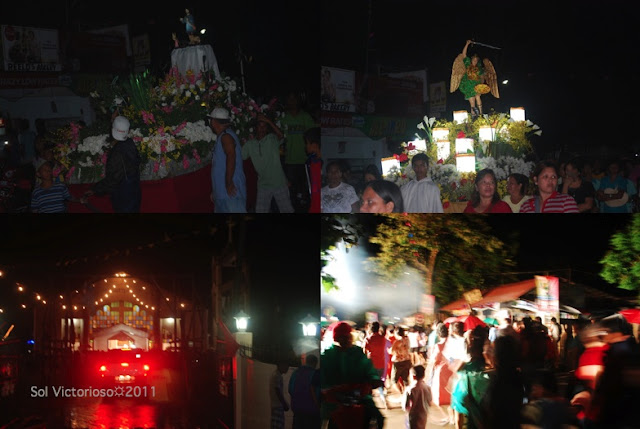 On Sunday, we attended the morning mass. Then we had lunch peppered with snapshots of Pacquiao-Mosley fight and a last-minute dip in the beach for the rest of the interns before going back to the city. Neither wind nor rain spoiled our weekend fun.  Even if it meant getting sick and unable to report for work the next day.

Posted by sojournersol at 7:16 PM