I love empanada, that crescent or half-moon shaped pastry filled with meat or veggies or mix of everything, which I have either in between meals or as a dessert. In the Philippines, we usually stuff our empanadas with ground meat, diced potatoes and carrots, egg, peas, cheese and raisins. 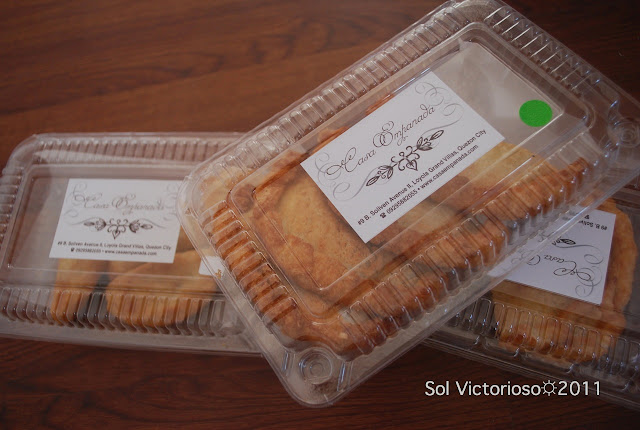 When my friend told me that she has engaged in a new venture, that is rolling out empanadas, I immediately placed an order. I got my goodies on a recent trip to Manila. I had a pack each of the following flavors: bacon and chocolate, strawberry and cream cheese, golden corn and cheese and herbed mushroom and cheese.


First bite was the bacon and chocolate empanadita. At first, I thought it was an odd combination. But then the mix of my favorite honey-cured bacon and Nutella won me over, especially my Mom who loved the play of flavors ---sweet and salty at the same time.

Next was the strawberry and cream cheese empanadita which instantly became my favorite. It was like having strawberry cheesecake in bite sizes.

Then we had the golden corn and cheese empanada which is their version of Argentina's humita. I loved how the corn, carrots and peas were enveloped in the oozing Colby cheese sauce.

Lastly, we had the herbed mushroom and cheese empanada. The flavors and aroma of combined mushrooms, oregano and mozarella cheese reminded me of a garden, of a rustic and earthy place.

The dough of the empanada was just right --- not too flaky, not too hard nor too soft. Plus the dough itself was already a treat to the taste buds especially those who love the buttery texture. But this can also be bane especially if you reheat and eat the empanada days later. I tried that and the richness of the dough was too much for me as it was bordering on oiliness.  It's best to take to heart Casa Empanada's advice: their pockets of heaven are best enjoyed on the day they are made.

A pack of empanadita (6 pieces) cost Php 100.00 while a pack of empanada (5 pieces) is priced at Php 150.00 or Php 175.00. I'm sure some of you might roll your eyes at these prices. Casa Empanada doesn't scrimp on their ingredients. And besides, it's positioning itself as home-made, gourmet empanada. So every bite of it is worth the price.

A suggestion though: It's better if the empanadas are packed in boxes instead of the current plastic container.

For more of Casa empanada (on how to place your order), visit their website: www.casaempanada.com and their Facebook page: www.facebook.com/casaempanada.
Posted by sojournersol at 5:43 PM