Yesterday, work brought me to the Regional Rehabilitation Center for Youth in Argao, Cebu for the third time. After our meeting with the center head (which lasted till noon), the group decided to have seafoods for lunch. So we went to Taloot Wharf, also located in Argao. Tall mangroves were quite a plenty in this part of Argao. Then we came to stop in front of a hut. Behind it was an L-shaped bridge on stilts. We were looking for the restaurant but we were told that it was at the other end of the bridge. That meant having to cross that long narrow bridge. So we catwalked down the new planks. At least there were bamboo railings which you could hold on to in case you'll get dizzy from the height or just wanted to feel secured. 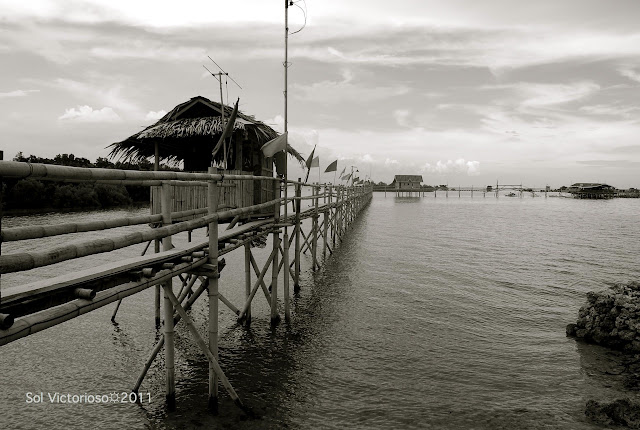 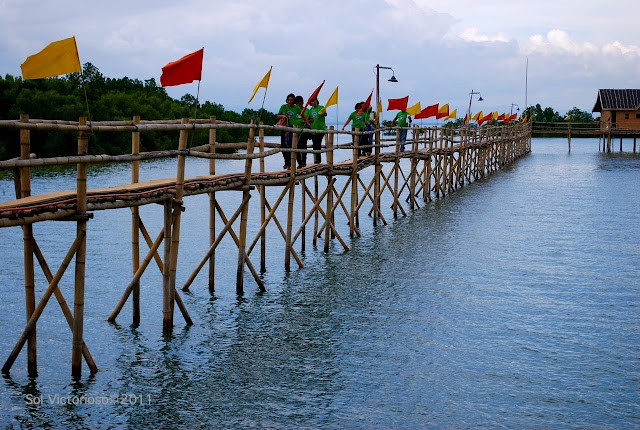 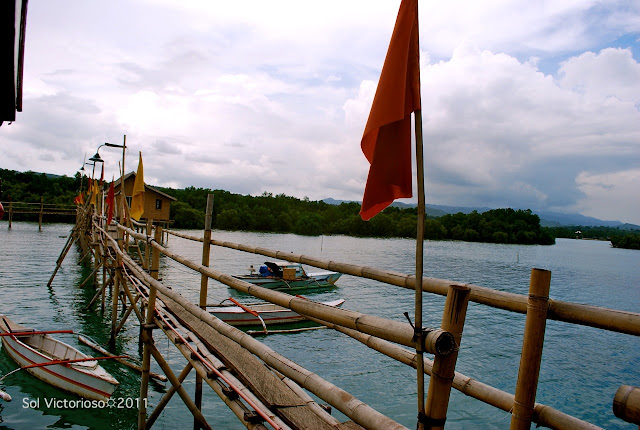 After what seemed like forever, we finally reached BienMar SUTUKIL resto. By SUTUKIL, we refer to the manner of preparing the fresh produce from the sea --- SUGBA (grilled)-TULA(clear broth)-KILAW(ceviche).

BienMar is fairly new, an open air cottage with several tables and enough chairs for guests. They grow the sea bounties that they prepare for the diners. 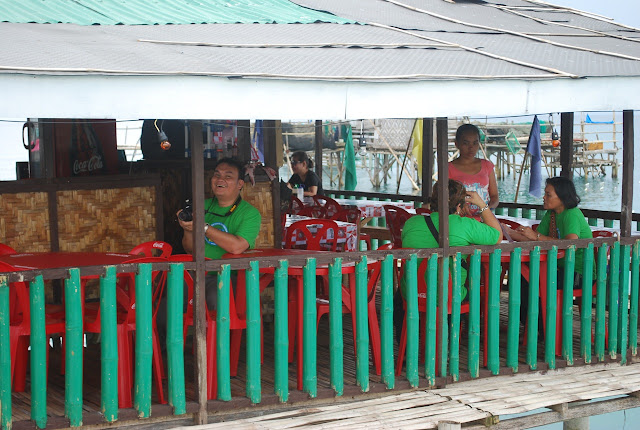 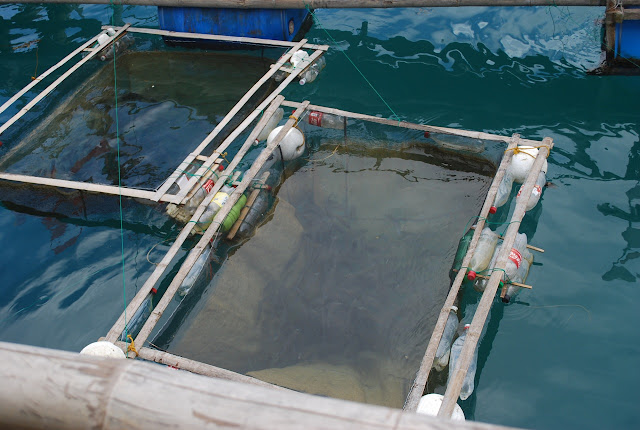 They already ran out of bangus and shrimps so we settled for steamed talaba and kitong (tinola and fried). We had very simple dishes but one of the best I've had so far. Nothing beats having fresh fish for lunch. And the talaba dipped in vinegar was just yummy. 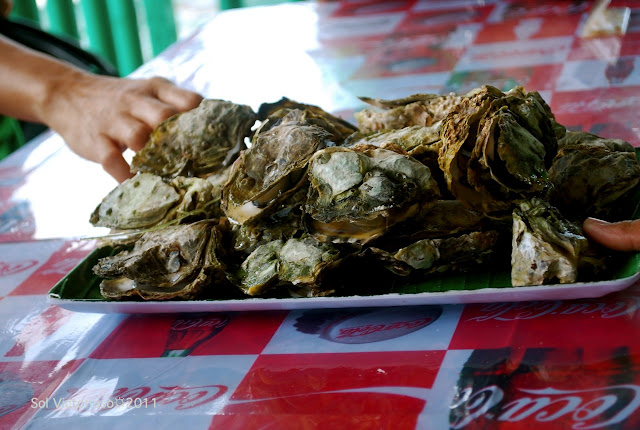 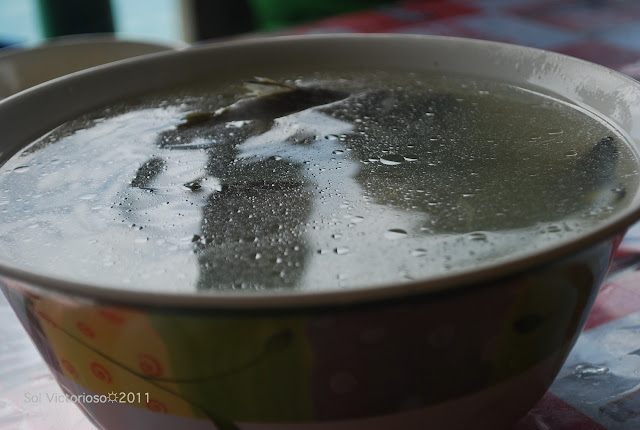 By the way, if you're planning to go to Bohol and would like to take your vehicle with you, you can get on the Ro-Ro at the Taloot Wharf. According to the people we asked, there is a barge that leaves early in the morning for Loon, Bohol.