Feel at Home at Abaseria 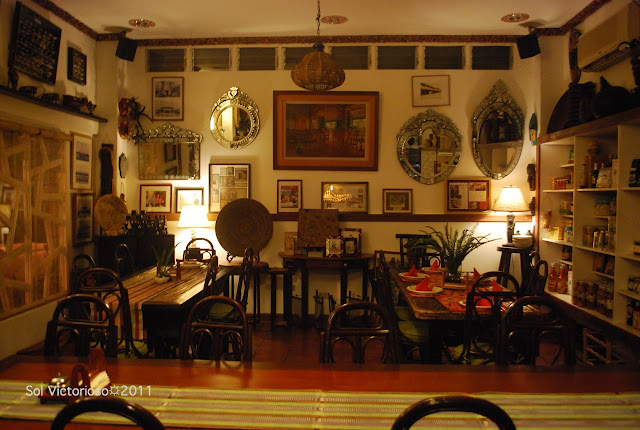 I've been in Cebu for years but there is one restaurant which has been recommended to me but which I haven't tried till this month.  On my birthday last week, I decided to have dinner with my friends at Abaseria Deli and Cafe.

I asked around for directions to Abaseria but the reply I got was that it was near the Sarrosa Hotel. I even asked a friend who lives near the hotel but he had no idea that such place existed.  So I googled and read a few blogs which indicated the address of the resto.  However, there were a few things I forgot to do which made the journey to the Abaseria a laborious one.

First, I forgot to take down the number and call the resto for directions. Second, I did not read the other results yielded by the search which might have hinted that the resto has moved to a new location.

From Mabolo Church, my friends and I hiked towards Villa Aurora. When we reached the address posted online, we were shocked to see an empty, run-down house. Uh-oh. Wrong place. So we asked the guys at the car shop across the street where Abaseria was and they told us that it was located at the end of the street. So we continued walking, this time on the dimly lighted streets of the subdivision until we came to a dead end. No resto in sight. We decided to take  the next turn on the right and just walked and walked until we saw a sari-sari store. We asked the old lady at the store and she pointed to the house next to her store. Coincidentally, abaceria is the Spanish term for grocery.

As soon as we stepped inside Abaseria, it was like being transported to another era. A long wooden table and open wooden bar with baskets hanging above greeted us. Muted chatter and soft music filled the air. We were led to our table located in the inner portion of the house. There were about four small tables that can seat four to six persons and one long table. There was a painting hanging above the door and the walls were lined with wooden shelves with various merchandise from packs of coffee and cornick to native bags, mats and plates  and more baskets and wooden bric-a-bracs. One wall was even filled with mirrors of different sizes and shapes. It was like one big souvenir shop. 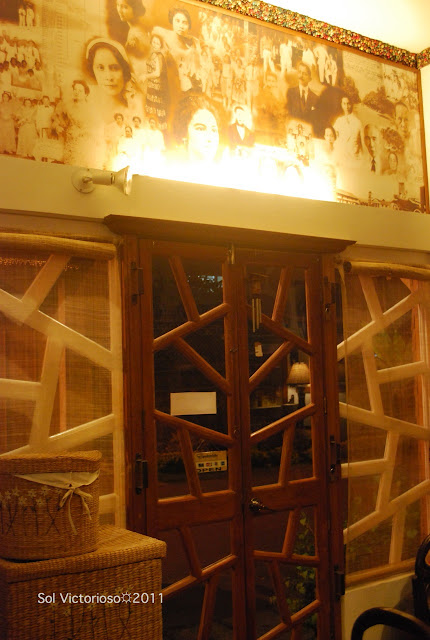 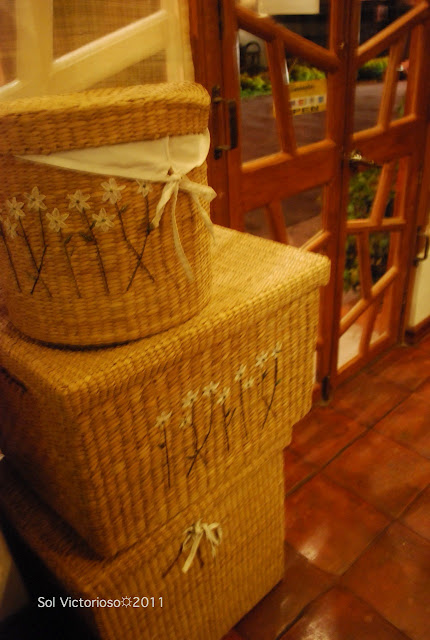 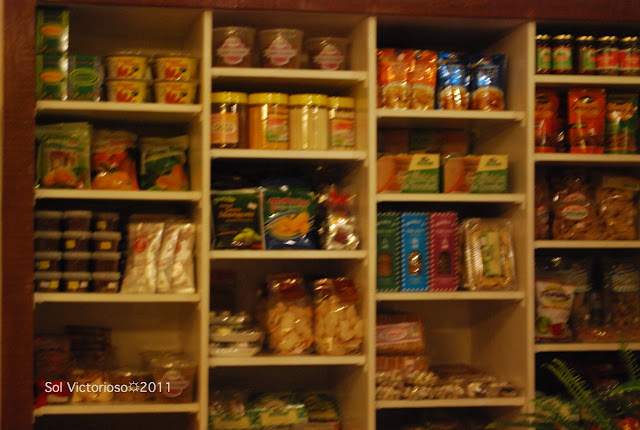 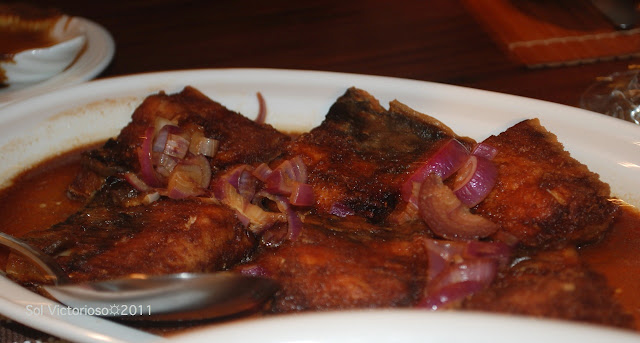 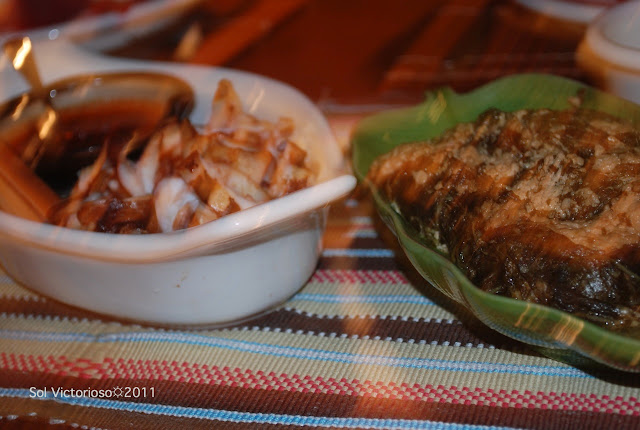 
While waiting for our orders to be served, we busied ourselves with animated chats over a plate of cornicks. That’s how Pinoy you can get. After twenty minutes or so, they served our food.  I am no food critic but the dishes were okay, nothing spectacular though. The sauce of the bangus belly made the dish yummy. And they were very generous with the shrimps. Simple food but the ambiance and the company I was with that night made up for a pleasant dining experience.

i love their relyenong bangus :P