It was a busy first quarter in the country's art scene. So many art exhibits and theatrical performances were lined up and that made me happy.

Art Fair Philippines at The Link


The two levels of the parking area at a popular mall complex in Makati was transformed into an art gallery. Some traditional, some contemporary, and some avant garde. The line to the elevator was long that others had to take the stairs to reach the 6th level. Entrance was at Php 150.00 but if you are holder of certain BPI cards, then that is your pass to the Art Fair.

My friends and I attended "An Introduction to Post-War and Contemporary Art: Western Art Movements after 1945" by Jane Yoon of Christie's Hongkong. She showed us slides of works by artists after the World War II. During the open forum, discussion revolved around the artists' worth, the importance of galleries for artists to showcase their works, the ethics of auctioning off art pieces purported to be sourced from ill-gotten wealth, and whether there is a so-called art movement in the post-war era.

After the forum, we tried to visit the various galleries but we only managed to see a few because the place was becoming too crowded and noisy, with guests striking a pose in front of an art piece while I was in the midst of appreciating it. Important note to self: to go to next year's Art Fair on a weekday or opening time on weekends. 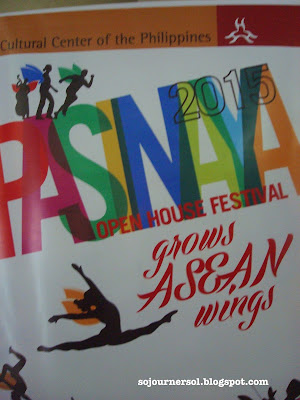 This year's Pasinaya Festival was bigger with more participating museums (ten for this year) and of course, drawing in huge crowd from students to yuppies and elders. It was a "donate whatever amount you can" thing, with a minimum at Php 50.00 and you're good to go. But just like the theme parks, this open house festival has its version of fast pass at Php 300.00 and that gives you priority entry to museums and performances. The festival opened early with performances starting at around 8 or 9 in the morning. Almost every nook and cranny of the Cultural Center of the Philippines (CCP) was utilized, from the Main Theater to the lobby and even the spaces within and around the CCP. The air was festive with all the bursting colors of costumes and decors plus the upbeat music blasting from the speakers.

We got to watch a short film and the People's Gala, the festival's finale featuring CCP's resident companies and the delegates to the ongoing ASEAN meeting in the Philippines. We managed to visit quite a number of museums --- the National Museum,  the Museum of the Filipino People and the Bahay Tsinoy. 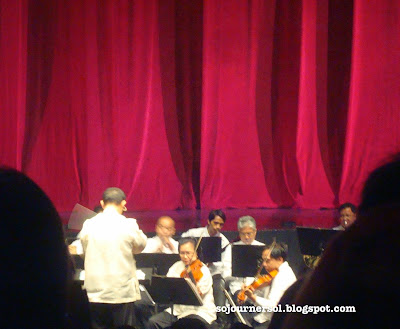 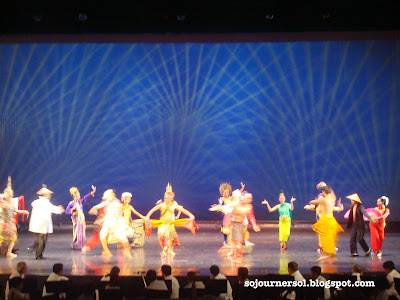 Hopping from one venue to another was made easy by the Nayong Pilipino jeepneys and this year's addition, a fleet of spacious airconditioned vans. However, because the museums are scattered all over Pasay and the different districts of Manila and only one route was followed, getting from one museum to the next was taking longer than the usual. Plus you would have to choose which museums or exhibits to see since cramming them all in one day would be just too much for the brain cells. 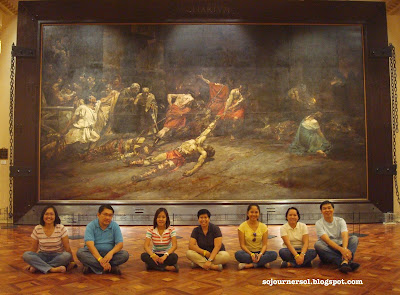 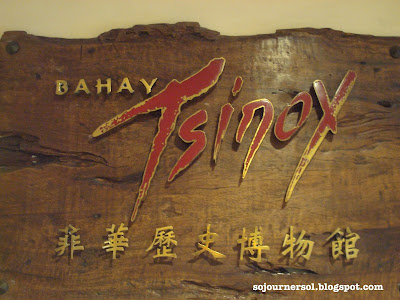 I hope that next year, in case they have the same number or even more participating museums, the organizers would consider clustering the museums so that one route will serve the Taft-Vito Cruz-Ermita area while the other will cover Roxas Boulevard-Padre Burgos-Intramuros side. And that they'll extend the Pasinaya for one more day, even just for the open house of the museums. One day isn't enough. 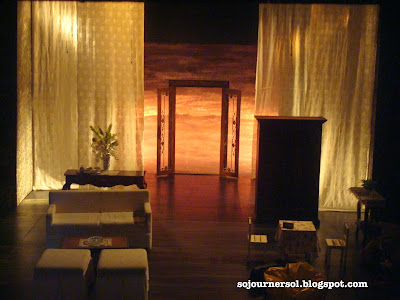 Cherie Gil, Bembol Roco, Negros and the old rich families. It reminded me of the film, Oro Plata Mata. But Arbol de Fuego is an adaptation of Anton Chekhov's Cherry Orchard. Nope, I haven't read Chekhov but somehow one can draw so much parallelisms with the social realities in our country. Of hacienderos and farm workers, of the downfall of the old rich and the landed and the rise of the middle class, of relieving glory days and learning to let go and move on. It was funny with a hint of melodrama. Every actor held their own, giving life to Señorita Enriquetta, Adjie, Noy Ikong, Chitong, Charito, Noy Tiking, Dante, Nina, Ling-LIng, Kane and Caloy. The final scene was haunting, the sound of chainsaw cutting through the Arbol de Fuego with Noy Ikong (who witnessed everything that the Arbol de Fuego went through) slumped on the floor.

Juego de Peligro at the Cultural Center of the Philippines

My friend and I caught the last show of Tanghalang Pilipino's Juego de Peligro, an adaptation of Dangerous Liaisons. A gripping adaptation with so much grit.
Posted by sojournersol at 9:51 AM