One Monday night, I joined my friend and her husband for dinner. They have been wanting me to try one of their favourite dining places and I finally got the chance to join them. 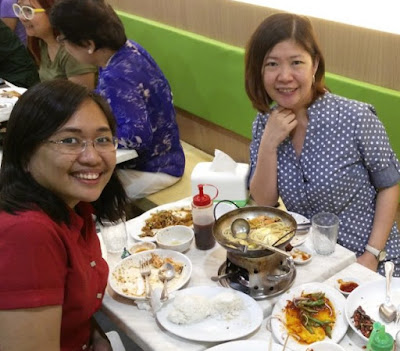 Somewhere in Banawe, Quezon City is a place that will transport you to Singapore and savour familiar dishes of the Lion City. Bugis Singapore Street Food reminds you of a hawker center in Singapore with scents of spices and aroma coming from the kitchen.

We had laksa, char kuey teow, spicy beans and sticks of street food (collectively called num num in the menu).

For a relatively new restaurant, the place is a hit with many diners even late into the night. Food was good at reasonable prices. And it's not just about noodle and chicken dishes and dumplings. Also included in their menu are choices for all-day breakfast plates.

Posted by sojournersol at 12:09 AM