I got to attend the launching of Inquirer Lifestyle's Best Desserts 2 by Vangie Baga-Reyes last Monday at the SM Aura Premier. This is a follow up to the first Best Desserts book which was a success. 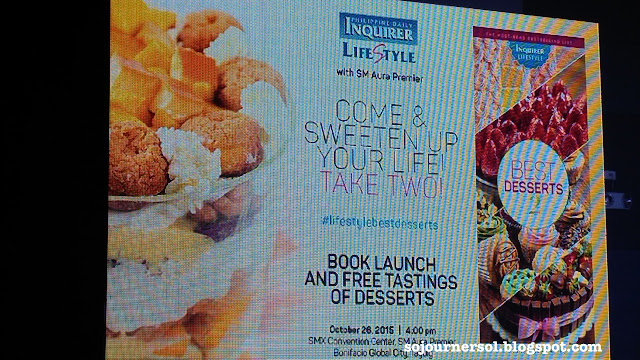 The SMX Convention Center was filled with rows and rows of desserts, transforming it into one big dessert factory. 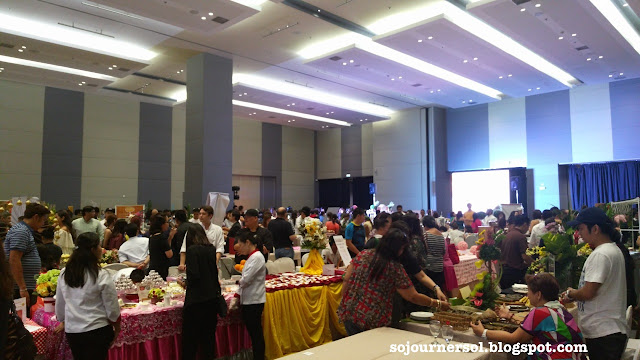 Tessa Prieto hosted the program while her sister Sandy Prieto welcomed the guests and participating chefs, bakers and restaurateurs to the book launch. 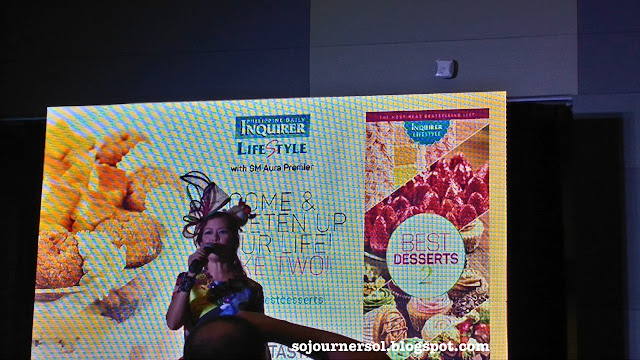 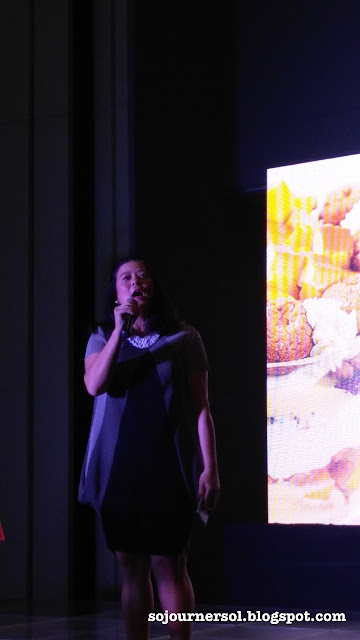 After giving recognition to around 70+++ chefs, bakers, and sweet tooth fairies, it was time to indulge and give in to the sugar rush.

So here are some of the desserts that made it to second list of the best all over the country:

I was surprised and at the same time thrilled that a delicacy from Leyte made it to the list, the morôn but this time from Cagayan de Oro City through Jonathan and Jovette Cabrera (they hail from Tacloban City but are now based in CDO). Instead of tablea, ube and jackfruit were used. Interesting tweak but this Waray heart is still partial to the chocolate ones made in Leyte. 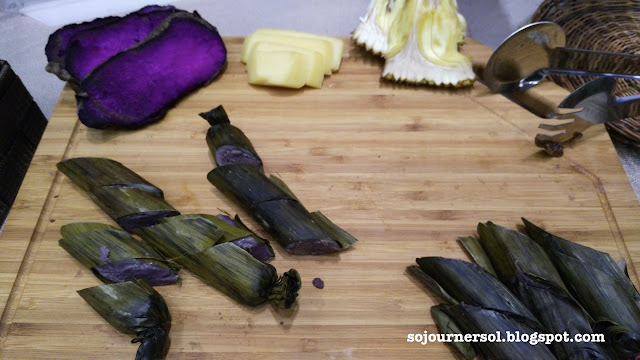 After having too much chocolate and cream in the desserts, Chef Jessie Sincioco's Flambéed Mango with Mantecado Ice Cream was just the refreshing break that I needed. And I heard this was what Pope Francis had during his visit to the Philippines.

Posted by sojournersol at 11:37 PM