One of the things that one has to consider when travelling to Bandar Seri Begawan (BSB) is their day of prayer. We were there on a Friday, a day devoted to prayer  so the mosques were off-limits to non-Muslims and the opening hours of the other places we wanted to see in BSB was likewise limited. 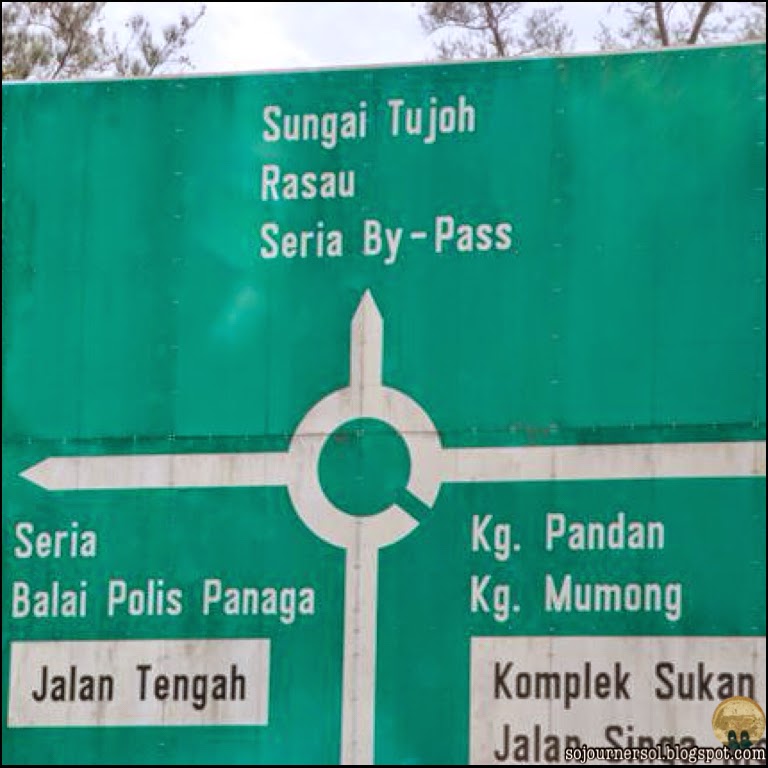 So we decided to hie off to Seria which was approximately a two-hour drive from BSB. There are buses that go to Seria from the city center but travel time would take around three hours. So we asked the hotel staff to arrange a car service. It was kinda steep at BND 30/hour but we had the vehicle at our disposal and we can enjoy our own sweet time. The driver was a local who somehow was able to answer our queries on how things work in Brunei.

Our first stop was Seria. According to Mr. Berry Lim, this side of Brunei is the most expensive in terms of real estate because of the oil beneath it. We dropped by the Billionth Barrel Monument which was erected to commemorate the production of the billionth barrel of crude oil in the Seria Field on July 18, 1991. The monument stands near the original Oil Well Number 1. 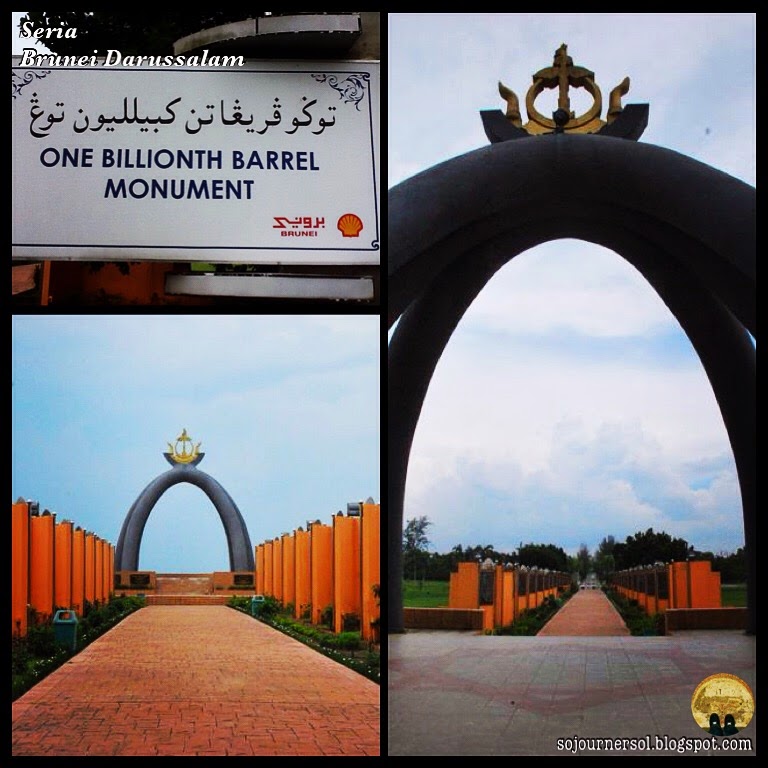 The arch-like design of the monument symbolizes the flow of the crude oil from under the earth to the surface, the sources of oil coming from various locations and the six decades that it took (1929-1991) to produce the billionth barrel of oil. On top of the arch is the emblem of Brunei, a reminder of the progress and prosperity that the oil production has given this country and its people. 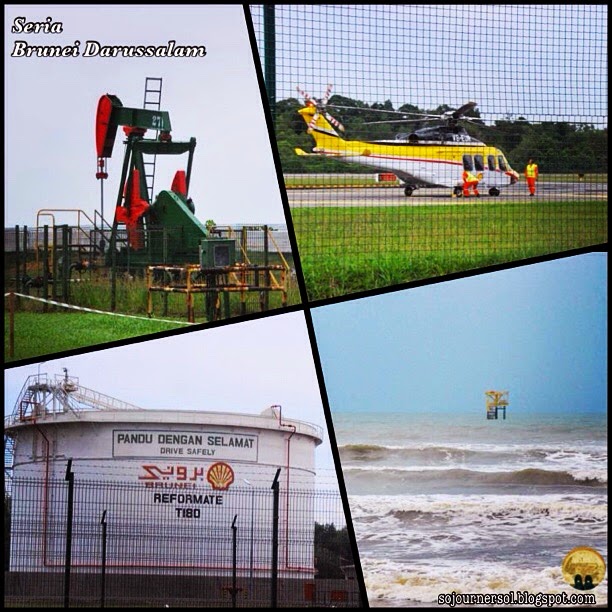 On the surface, Seria is one prosperous community where people go about their lives in peace and quiet. Apart from the oil rigs, the wells and the office of Shell Corporation, it has its own airstrip and hangar, health center, sports field, school, theaters, shopping center, and homes for the expats and employees. Everything that could possibly answer the basic needs of the people in the community are within reach. 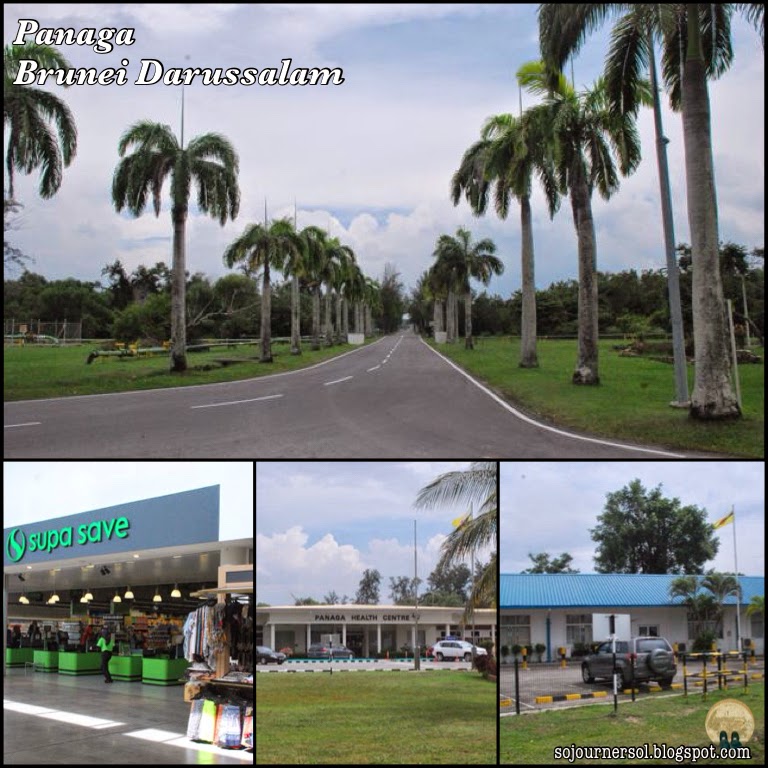 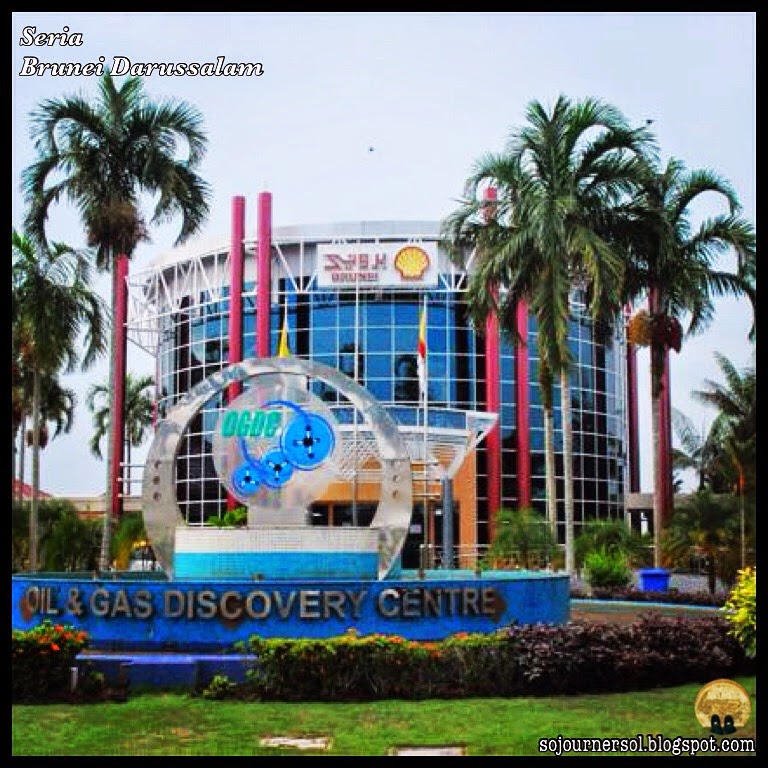 This is another place in Seria worth visiting which both adults and kids alike will enjoy. The exhibition hall is an interactive and informative gallery of things you need to know about the earth, geology, oil exploration, science and technology. Exploring the exhibition hall would take about an hour or so. In the next hall is a science laboratory which was closed that day. Outside, near the roundabout, are miniature structures of different points of interest in Brunei. 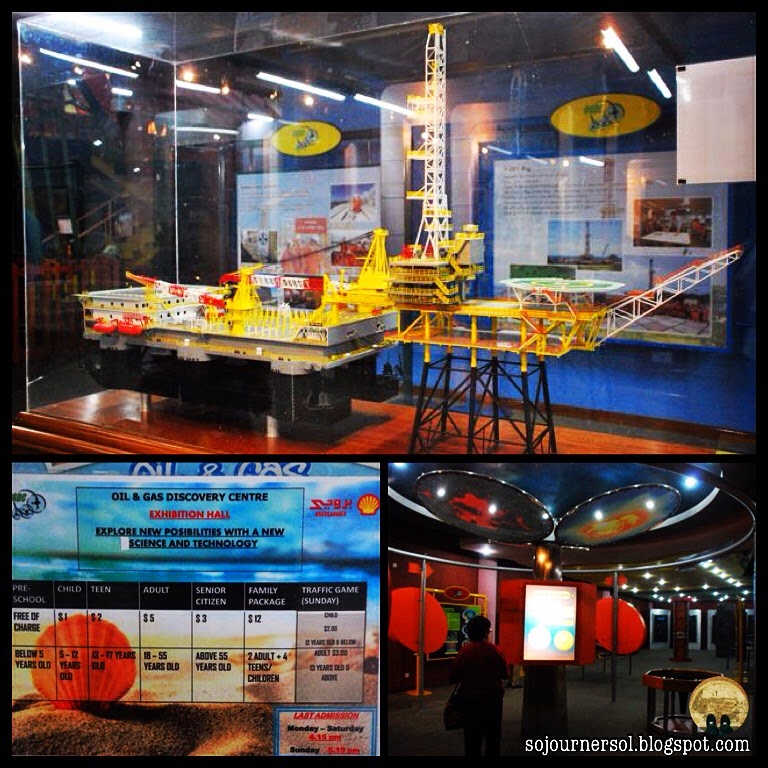 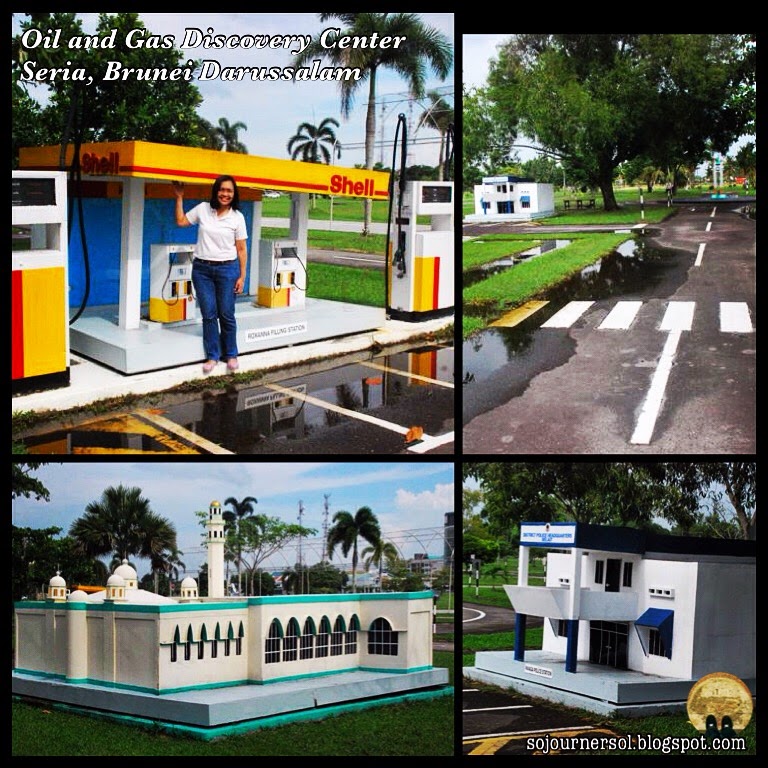 When we exited the Seria Field, we passed by this nature park where locals were having their  R and R. 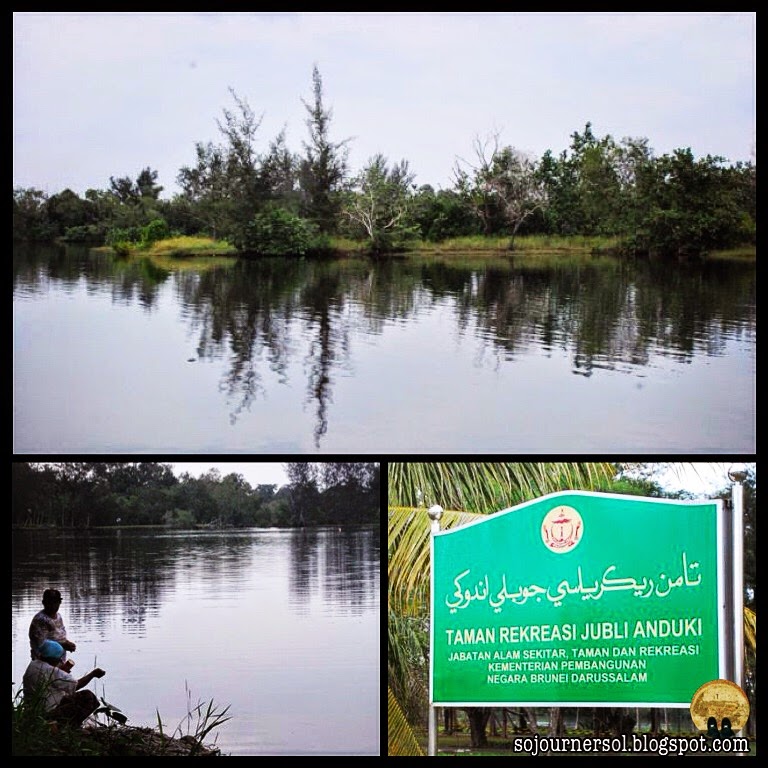 We made a quick stop at the Jerudong Park just to have a photo of the Diamond Fountain at the roundabout. 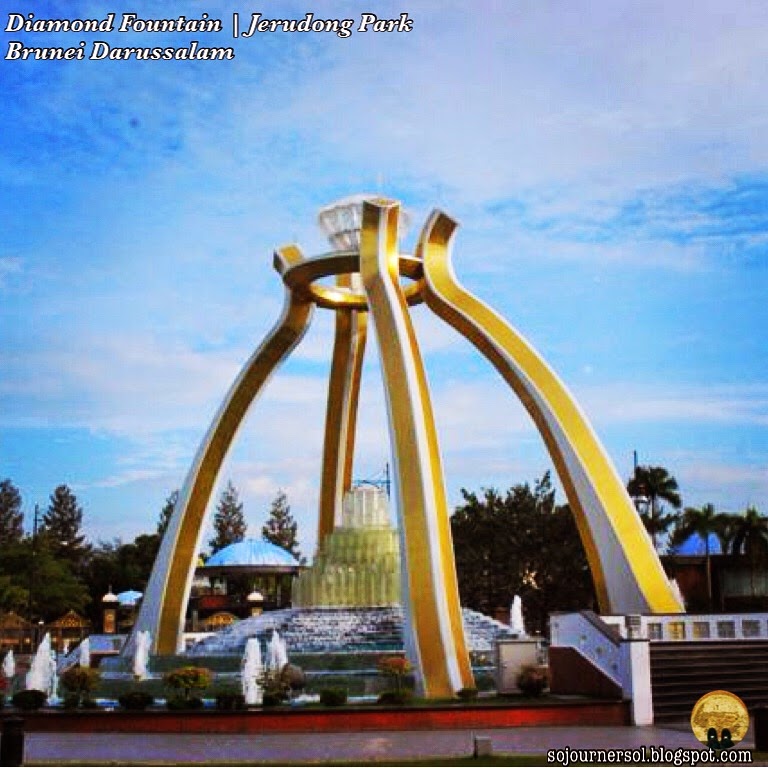 Definitely a lavish hotel. It reminded me of Shangri-La  Hotel in Mactan, Cebu. 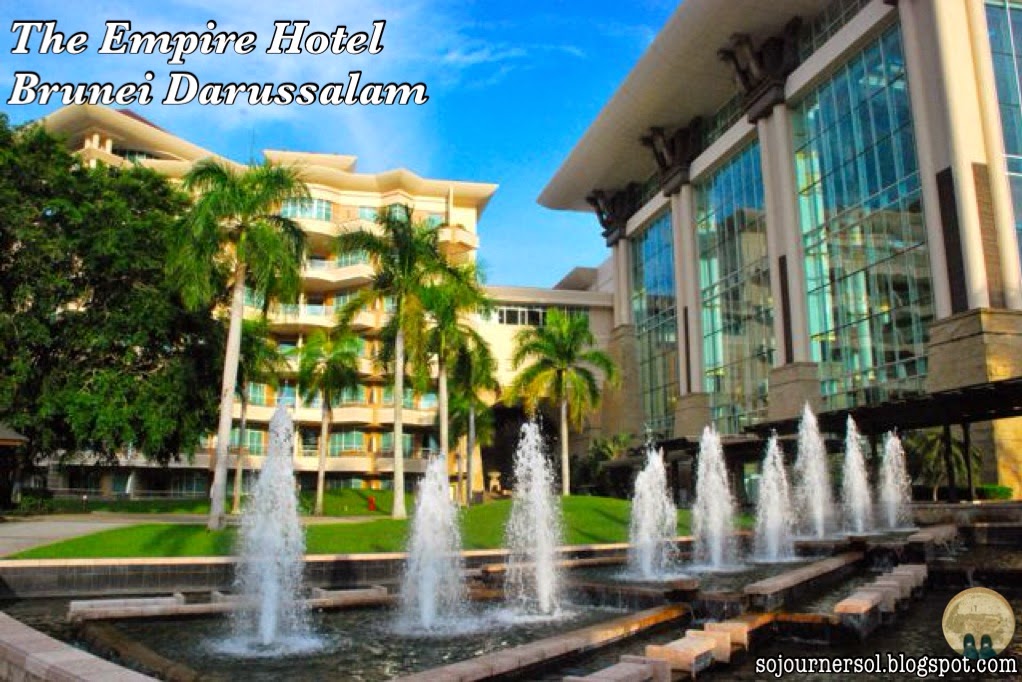 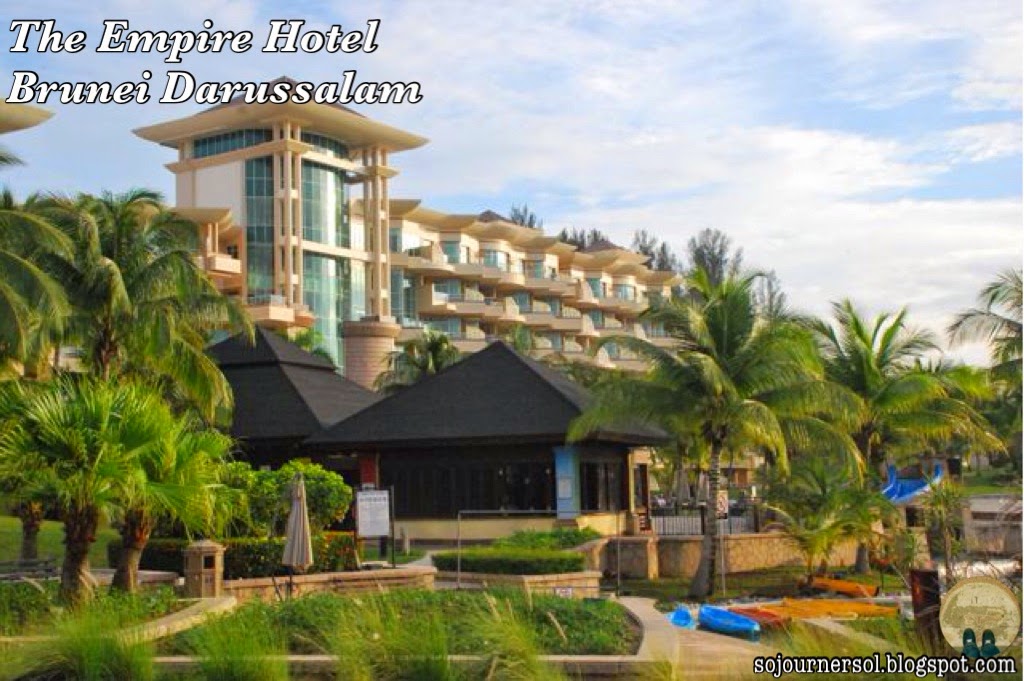 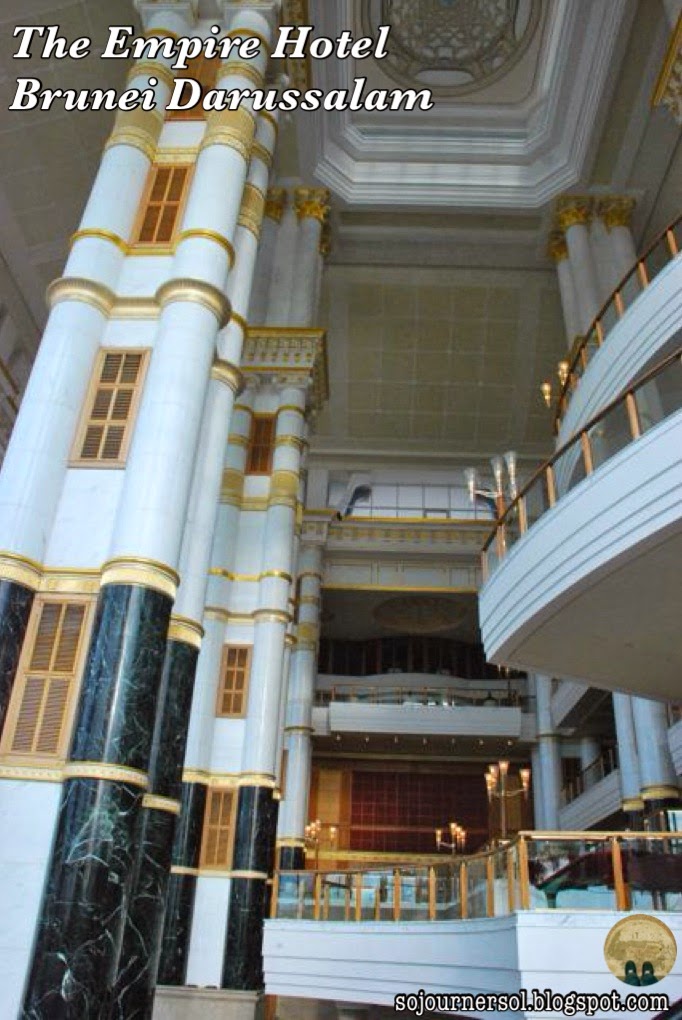 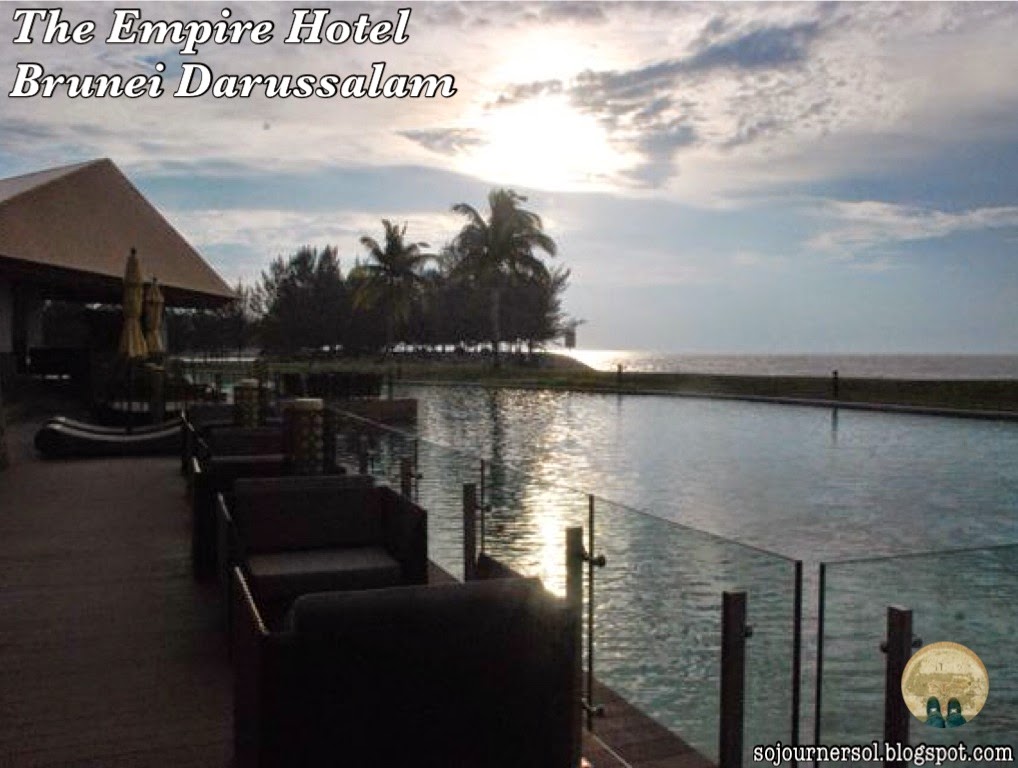 Posted by sojournersol at 9:25 PM