Shooting the Rapids En Route to the Falls in Laguna

I spent my childhood and teenage summers in Laguna but never in those years had I set foot in the town of Pagsanjan or Cavinti or even laid eyes on the famed falls of Laguna (which even became a subject of my cousin's painting and featured in an Italian art book). 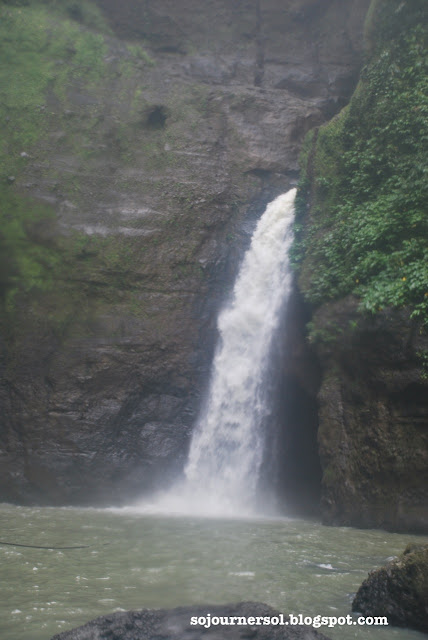 Finally, with my travel group Pink Family, we found our way to the town of Pagsanjan. It was a cold, drizzling morning. We stopped by their tourism office. A guy from the said office brought us to the Pagsanjan Falls Lodge and Summer Resort, the jump-off point for shooting the rapids and seeing the majestic falls.


At the reception, we paid Php 1,375.00 to cover for the boat ride, the cushion to be used, life jacket, hard hat, entrance fee for Cavinti and the entrance fee at the lodge. 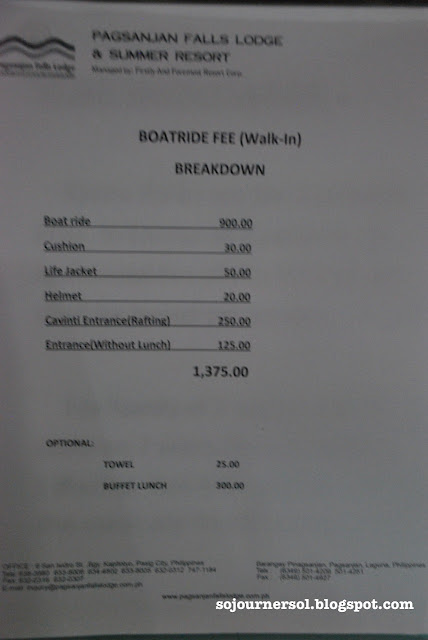 Before boarding the canoe, we had to be briefed on safety measures to be observed and at the same time gear up.


Finally, it was time to go. Each canoe can accommodate up to a maximum of three persons (excluding the boatmen). And yes, we were just too thrilled for this upstream adventure to the falls. 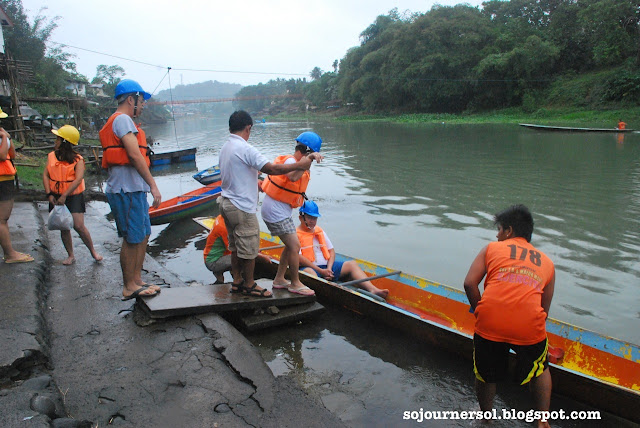 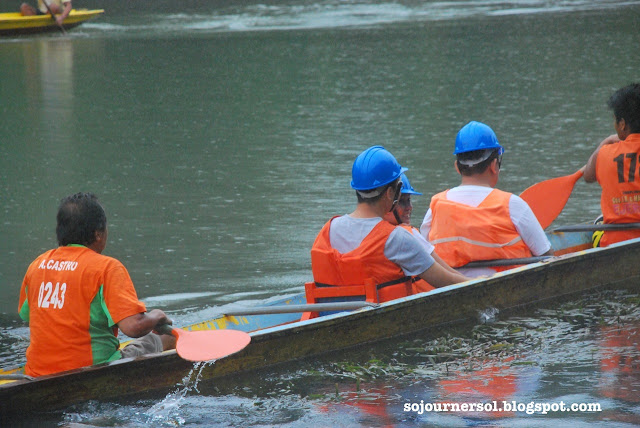 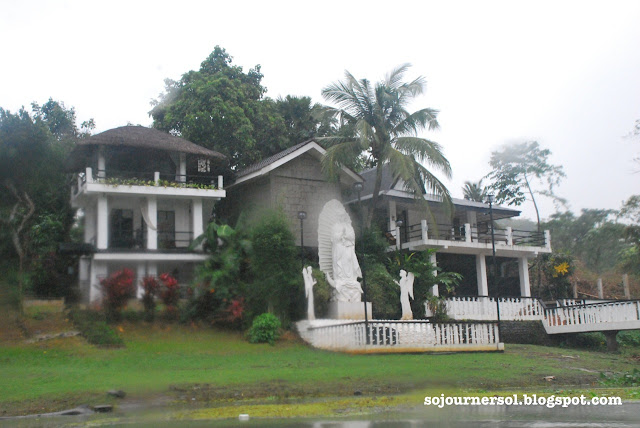 Remember that popular Sunday afternoon show "Tabing Ilog"?  We passed by the famous "tambayan" by the river. 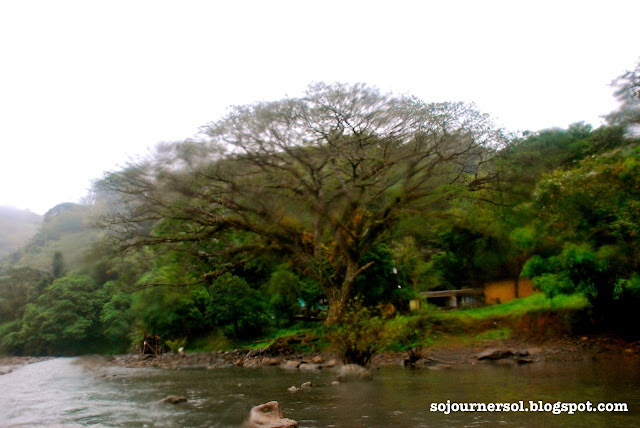 Then, what was once a calm river was now starting to get rough. We were in for a bumpy ride shooting the rapids. 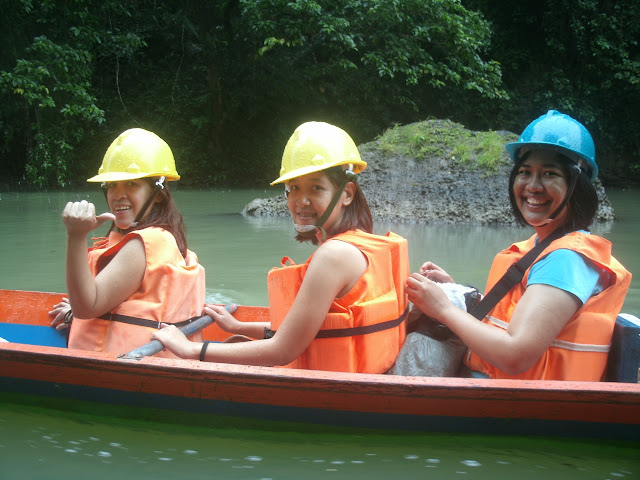 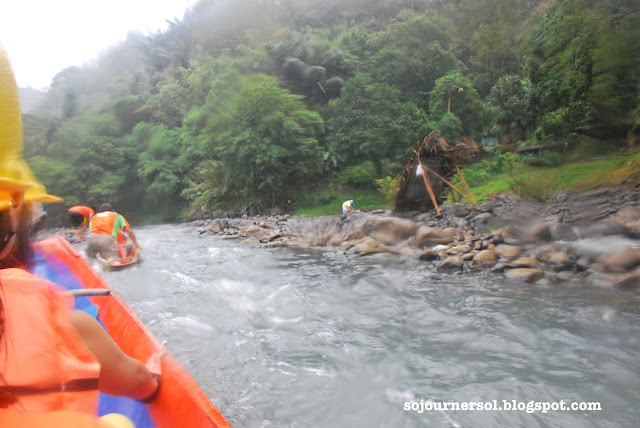 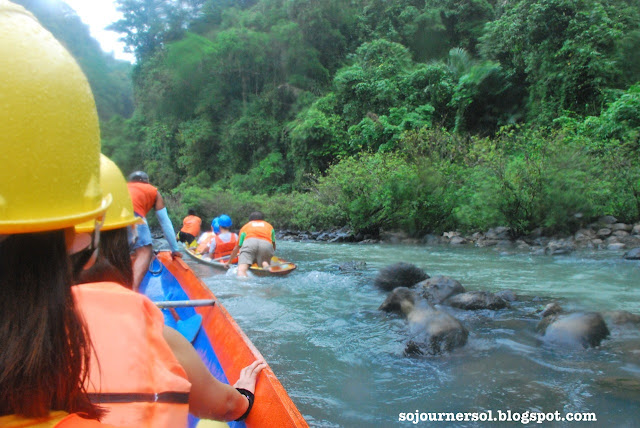 After 15 minutes, we finally reached the boundary of Cavinti. That was fast! 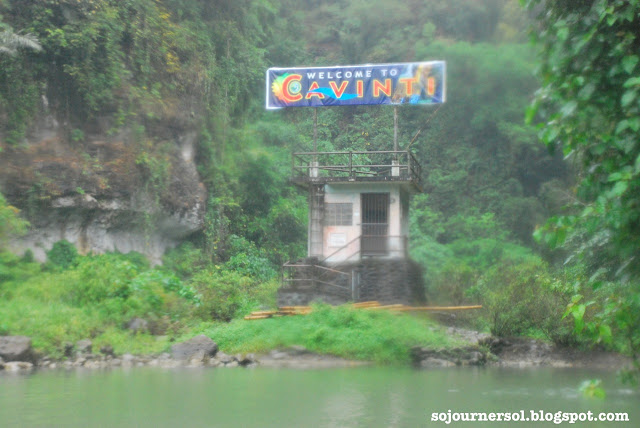 Technically, the falls is located in the town of Cavinti. And yes, there is a way to get to the falls via Cavinti but that would mean a steep trek. The more accessible route would be to take the canoe from Pagsanjan, hence, the body of water came to be known as Pagsanjan Falls. Its local name, however, is Magdapio Falls.

But getting to the falls ain't that easy. While the sight of the gorge was such a beauty to behold, we had to keep an eye for falling rocks. We also had to go over these boulders and a steep ascent over iron bars. Thankfully, we made a brief stop in one of the banks by the river. These gave the boatmen ample time to relax their tired bodies, after all that pushing and pulling the canoe, the kicks in the water and even carrying the boat itself. 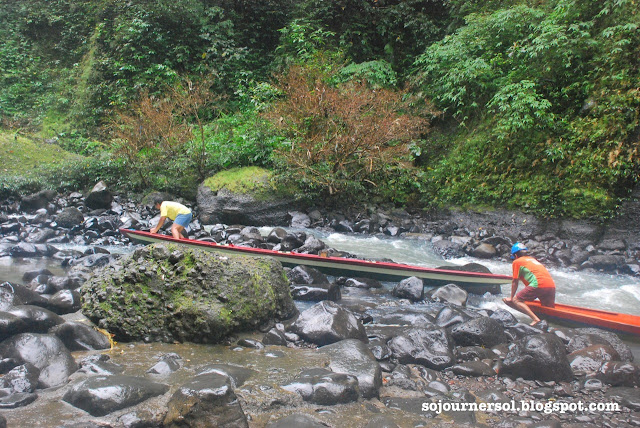 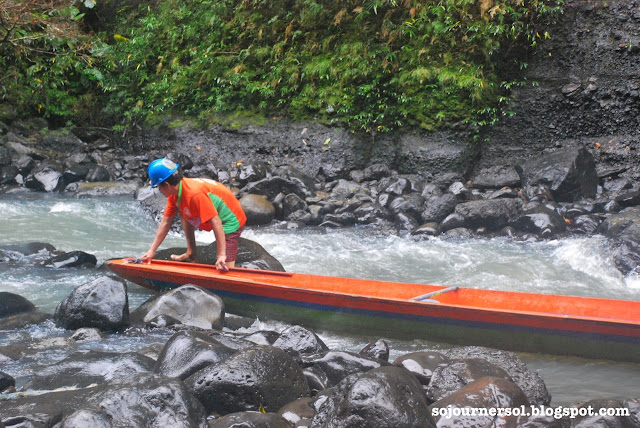 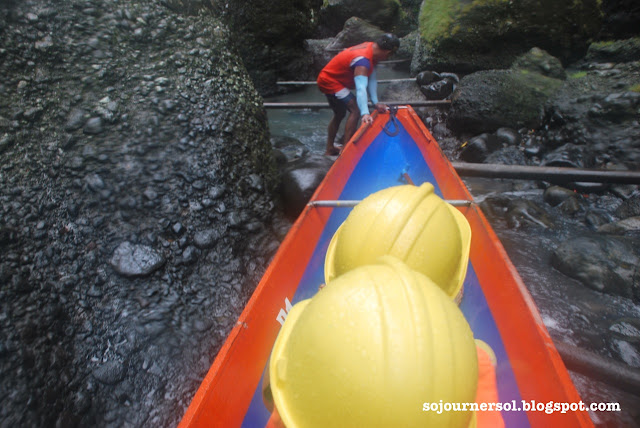 Finally, after almost an hour, we made it to the falls. We hopped on the raft that took us to the cave behind the falls. The pressure of the falls was so strong, the hard hat was just what we needed as we passed under the falls. But we got a good massage under the falls. 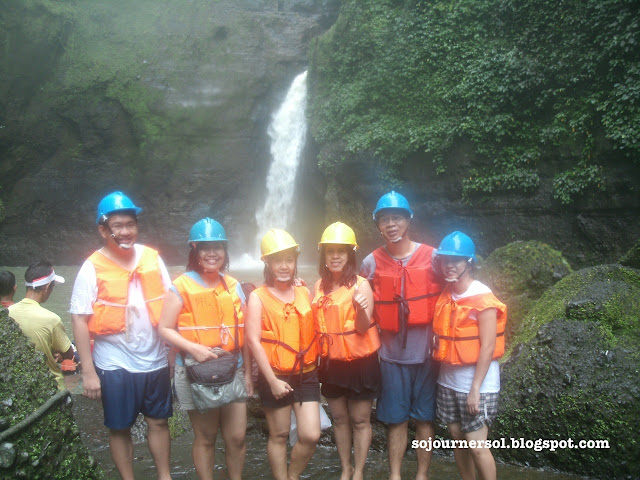 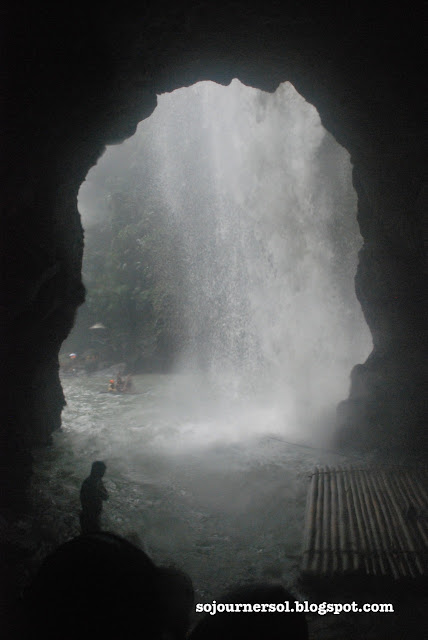 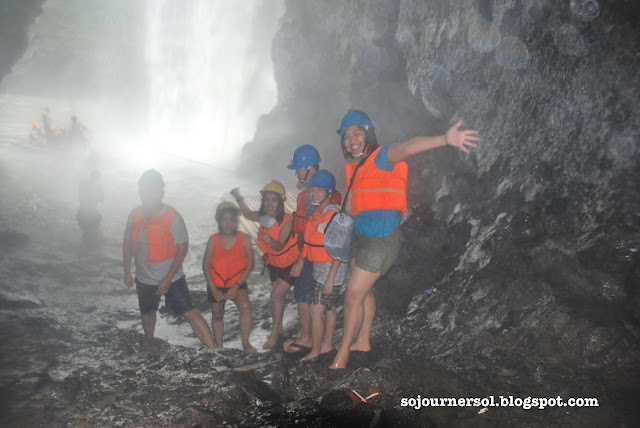 It was a fun trip. One place off my list, another adventure experienced. But I doff a hat to the skilled boatmen who maneuvered the canoes with such expertise and strength. It isn't an easy job, risking their limbs to keep the tourists safe and at the same time making their experience of shooting rapids and seeing the falls a memorable one. 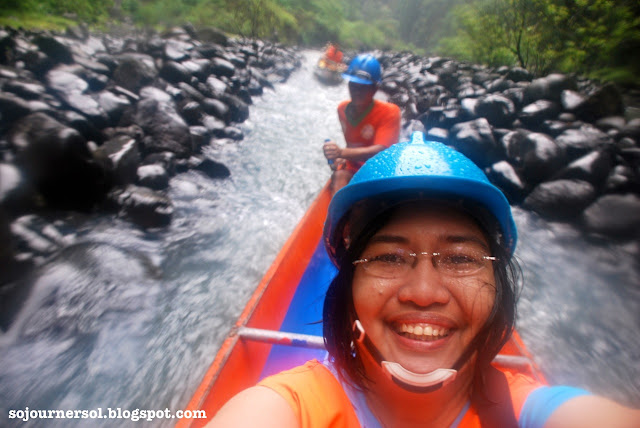 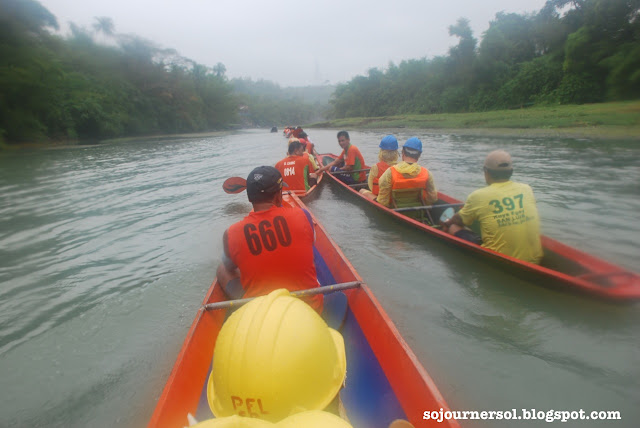 Posted by sojournersol at 11:17 PM