I spent a chunk of my childhood summers and college weekends in Laguna. Having relatives who have moved to this Southern Tagalog province had me exploring the towns (yes, because these were towns back then) of San Pedro, Biñan, Santa Rosa, Calamba and Los Baños. But that was it, I only saw the western part of this province. That there was another world on the other side of Laguna de Bay which I only got to explore recently.

WIth my travel group Pink Family, we rode a bus bound for Santa Cruz. Then we transferred to a long jeepney for a quick side trip to Quezon before proceeding with our journey around Laguna. 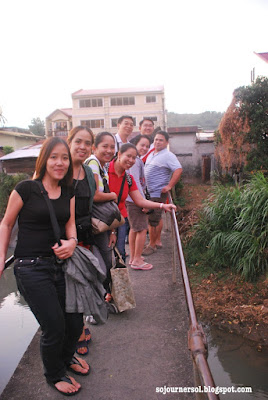 One of the members of our group hails from Siniloan so we spent the night at his place and had dinner and some singing at a garden restaurant called Lola Paulina. 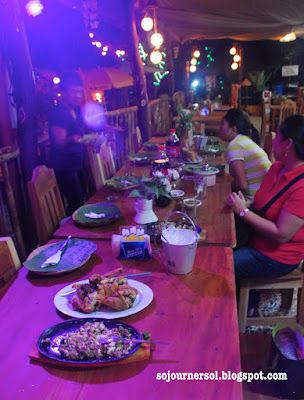 We woke up early the next day for our Shooting the Rapids adventure in Pagsanjan and Cavinti. We passed by the towns of Pangil, Paete, Kalayaan and Lumban before reaching our destination. After our lunch in Pagsanjan, we went to the town of Liliw, also known as the shoe capital of Laguna. 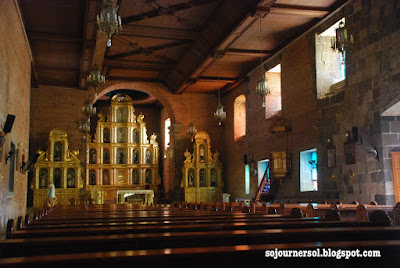 Next stop was the town of Nagcarlan which is known for its underground cemetery. Too bad, we missed the opening hours by several minutes because the gate to the cemetery was already closed by the time we got there. 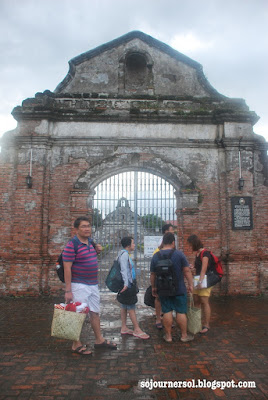 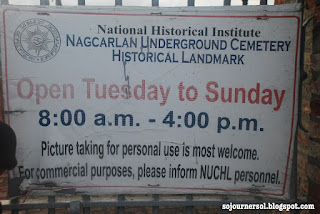 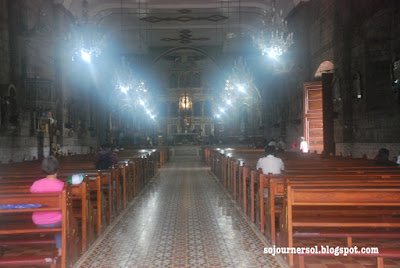 From Nagcarlan, we rode a jeep to San Pablo City where we took a bus bound for Manila. While we may have covered several towns in this trip, there are still other towns we've passed through that are worth the stop in the next visit.
Posted by sojournersol at 11:12 PM