A trip to the province of Aurora won't be complete without riding the waves. I got to do just that, one off my bucket list, plus my friends and I managed to see the Ditumabo Falls in San Luis. 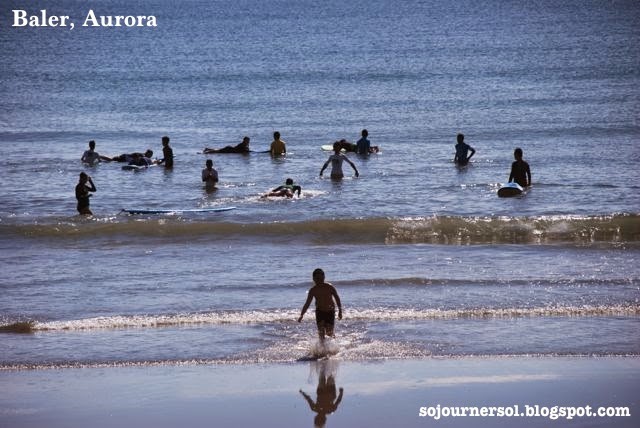 I woke up to these picturesque scenes in Baler. 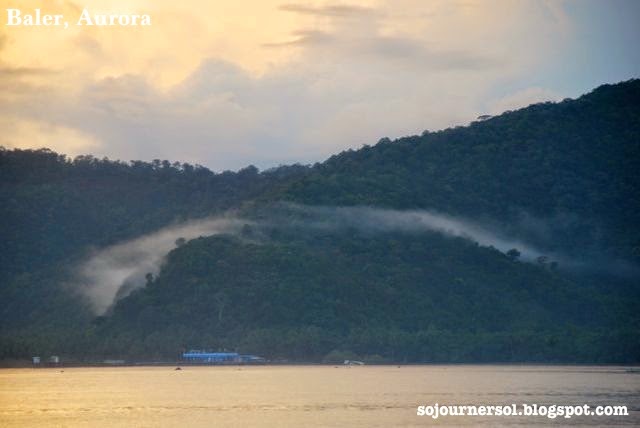 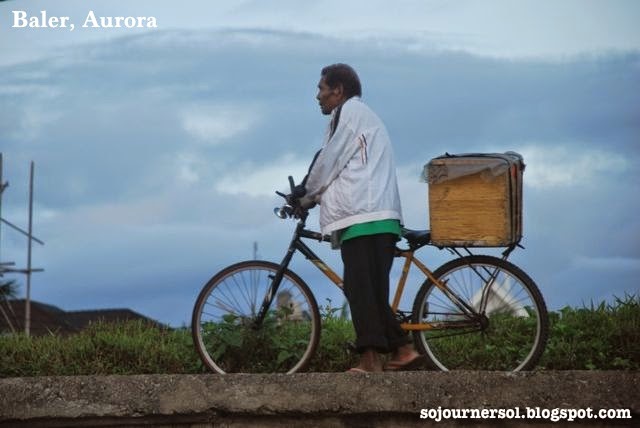 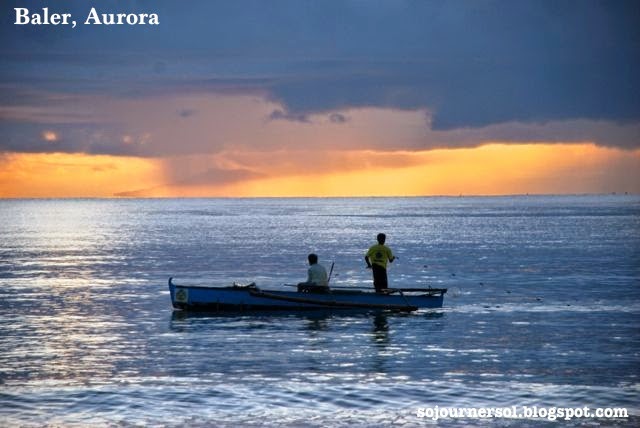 Anyway, my companions weren't too keen on taking surfing lessons. But I so much wanted to learn how to surf, so off I went to the Mahdox Surf Shop (just a few steps away from where we were billeted) and signed up for a one-hour session early in the morning.

We had our theoretical Surf 101 by the shore. First, we had to determine whether I was a regular or goofy which took quite a while for me to figure it out (I am a goofy). Then, my instructor taught me the basics on paddling and when to get up on the board. Finally, it was time to hit the waves. Since it was summer, the waves weren't that big and the sea was almost flat. But it was just perfect for a beginner like me. I must say that the first thirty minutes was kinda frustrating for me. I just couldn't get myself to stand up on the board. Several attempts and I'd slip off. Other times I'd kneel on the board but would find myself plunged into the waters as I neared the shore. As the minutes wore on, I was somehow getting more comfortable with the board and the waves. Thankfully, twenty minutes before my surfing class ended, I managed to lift myself up, balance myself on the board and ride the waves to the shore. I made several successful tries and just when I was starting to get the hang of it, my one-hour session has ended. It was exhilarating, to feel that sense of happiness, adventure and accomplishment at the same time. And I was able to tick one item from my bucket list.

Another must-visit when in Aurora is the Ditumabo Falls, popularly known as Mother Falls, in San Luis. Getting to the falls is an adventure in itself. A local led the way for us to the falls. We had to navigate boulders, streams and rivers, cross rickety bamboo bridges and endure that long trek. 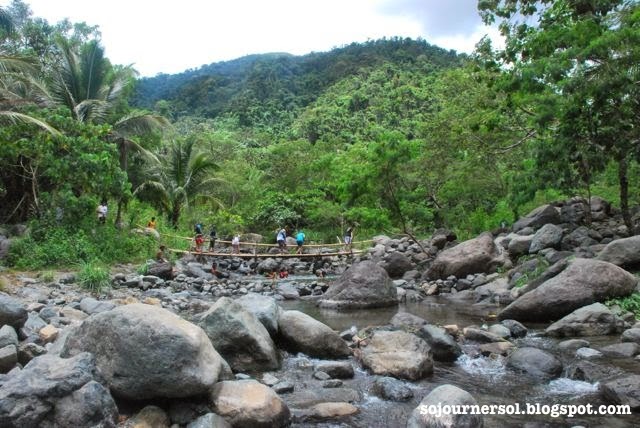 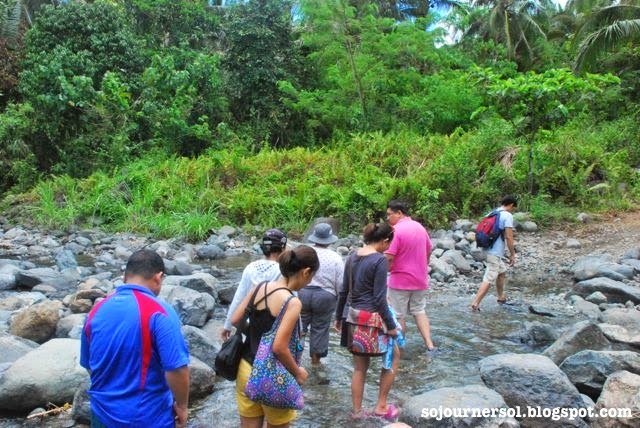 Midway, we came upon this makeshift with tables and benches in the middle of nowhere, where fruits and fresh coconut water are up for sale to the weary and hungry travellers. Just several meters away, there was another makeshift where meals are offered to the public. (Bringing of food and PET bottles are not allowed when going to the falls) 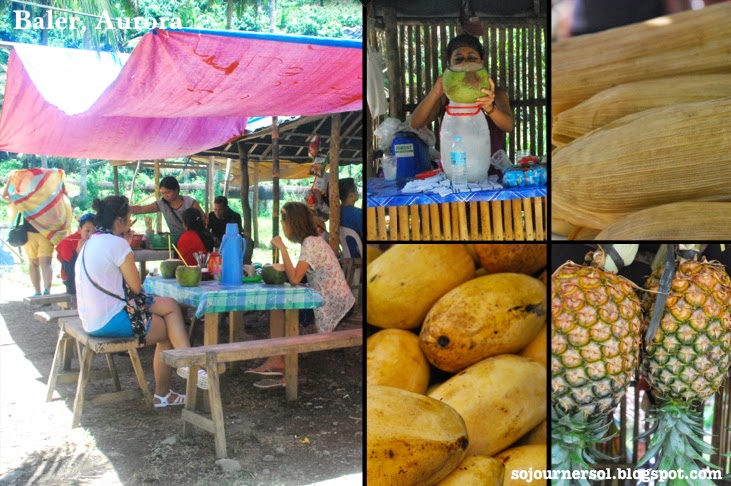 Are we there yet?


We trudged on and after what seemed like eternity, we finally found ourselves dipping in the pool of water under a cascading falls. 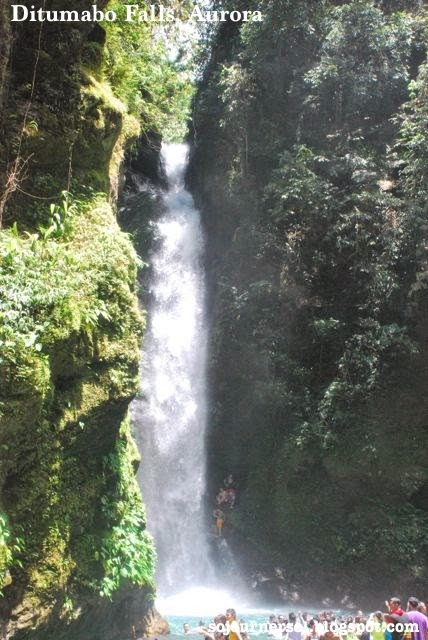 The cool water was refreshing in the summer heat. The downside --- there were just too many people in the people, all doing their last hurrah for the summer. Quite the opposite of my friend was telling me during her visit to the Mother Falls in March when there were just a few them and the surrounding was so serene, broken only by the sound of the falls. 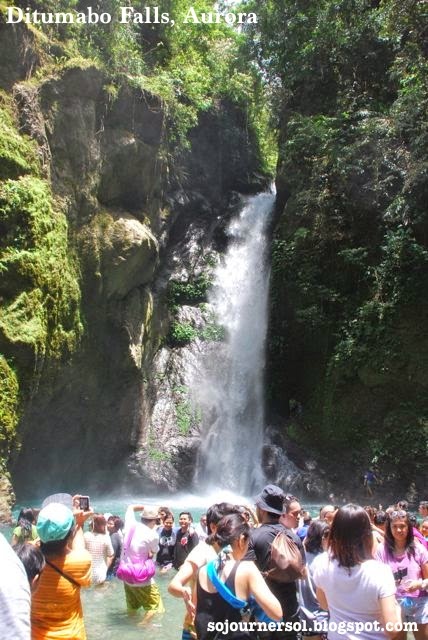 Despite the crowd, it actually felt good to be close to nature. Plus, the trek was a great workout. Seeing the Mother Falls was definitely a boost to the mind, body and soul. 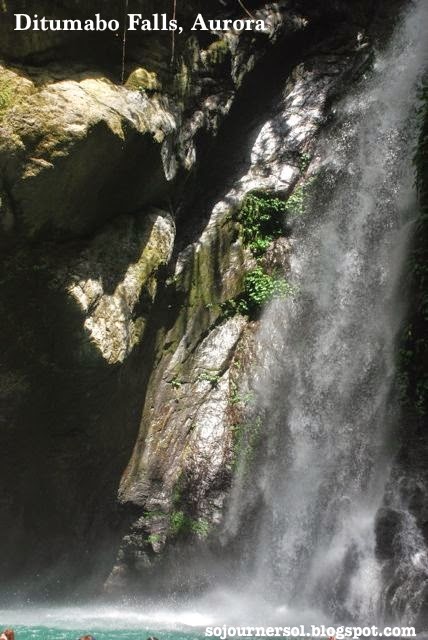 Posted by sojournersol at 11:51 PM