Zurich. I remember how my brother reacted to my choice of city in Switzerland. "Why Zurich? It can be boring there. There's not much to see since it's a financial hub. Better go to Geneva or Lucerne." But I stood by my choice because I know that I'll find the place interesting beyond the stereotype. 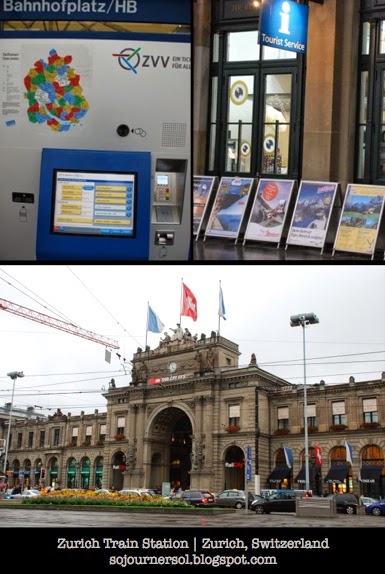 I took a train from Basel to Zurich. The trip lasted an hour. I had an hour and a half to explore some parts of Zurich before meeting Nicole Bataclan who would also show me the city that has become her home.

As I got off the train, I immediately looked for the Tourist Information Center to get a map and a city guide. And just as I would often do, I let my feet take me to where it wanted to go. I went out of the train station. With the overcast sky overhead and a bit of a drizzle, I found myself moving towards Lindenhof. 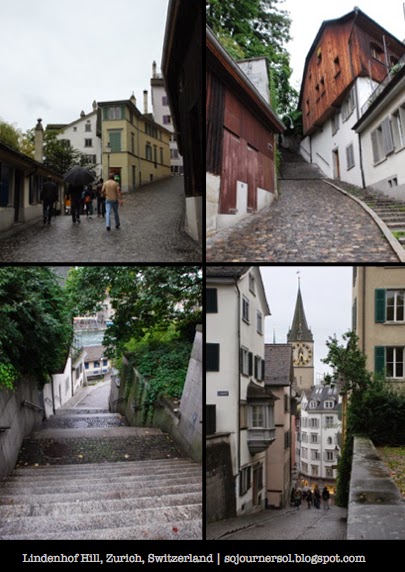 Lindenhof Hill is located in the old town of Zurich. It was once the site of the Roman castle and the Carolingian Kaiserpfalz. Today, it offers a vantage point of the city and the Limmat river. 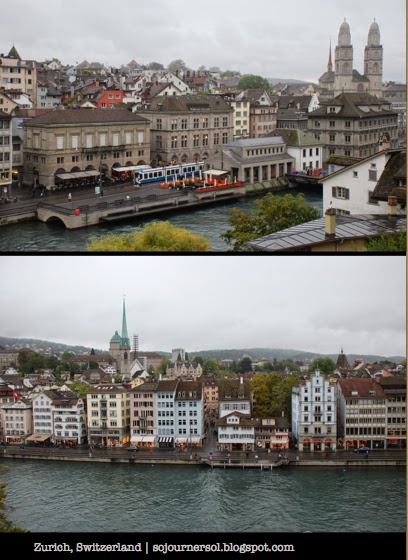 It was a manageable uphill climb with several huffs and puffs in between. But what awaited me up on the hill was worth it. I had a wonderful view of the city and Lindenhof was likewise beautiful. 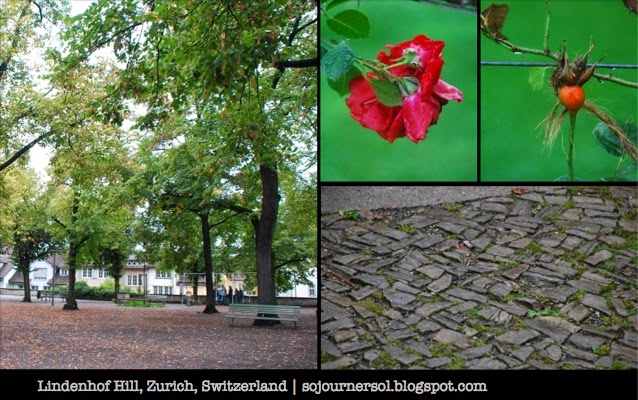 Lindenhof has become a recreation place where kids gather to have a taste of history, to play ball, ride the swing or meet other kids. 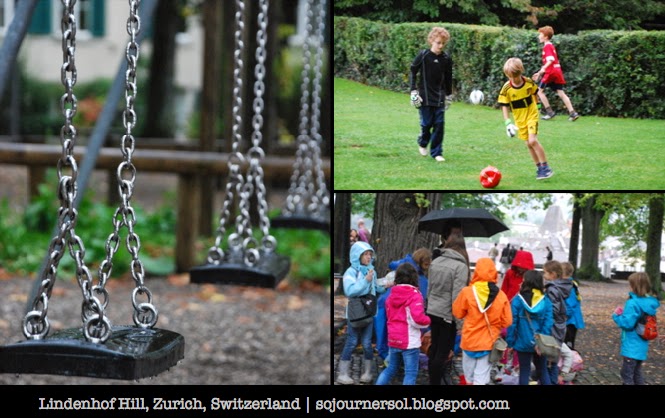 Of roofs and gables. 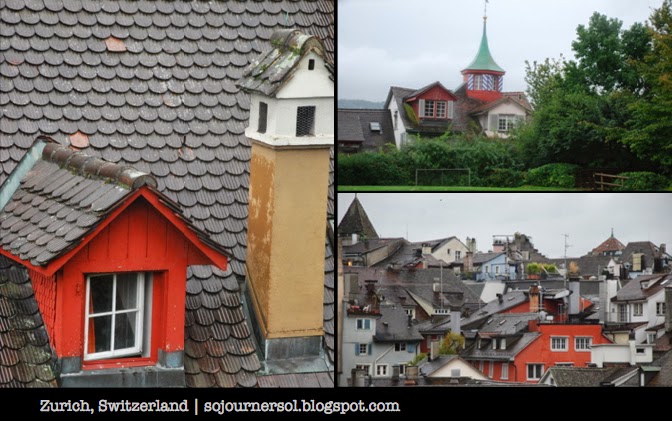 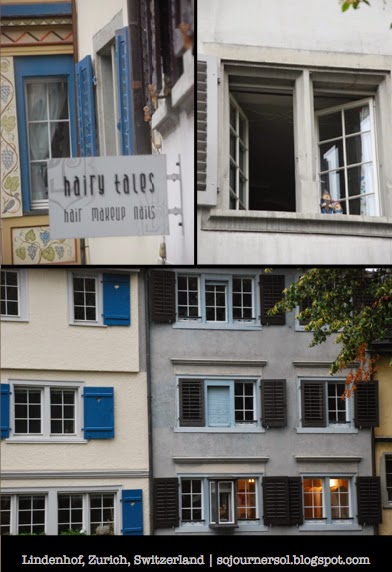 Then it was time for me to meet Nicole who I would be meeting again after six years. We walked around the city and we tried to squeeze into the couple of hours that we had to see much of the city.

I like Zurich minus the high cost of living. I like how you can navigate the city by walking or by riding the trams or taking the boat down the Limmat river and Lake Zurich. 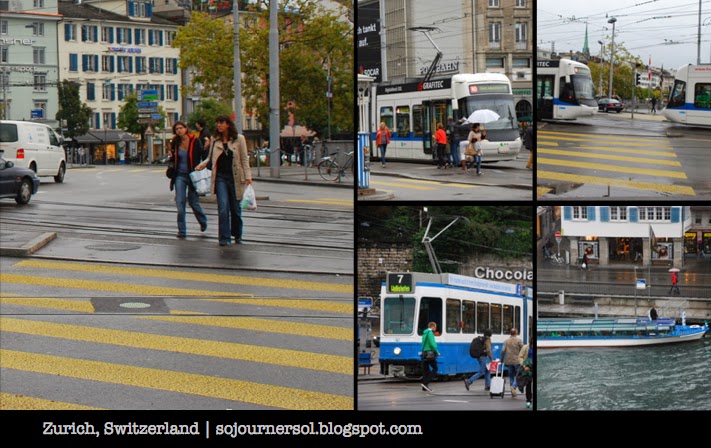 The many faces of Limmat river. 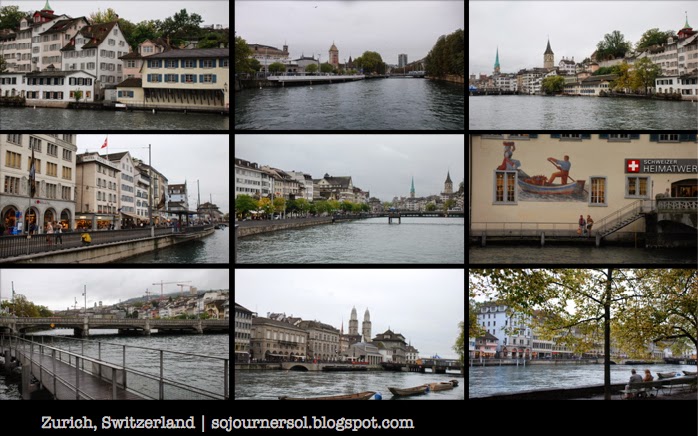 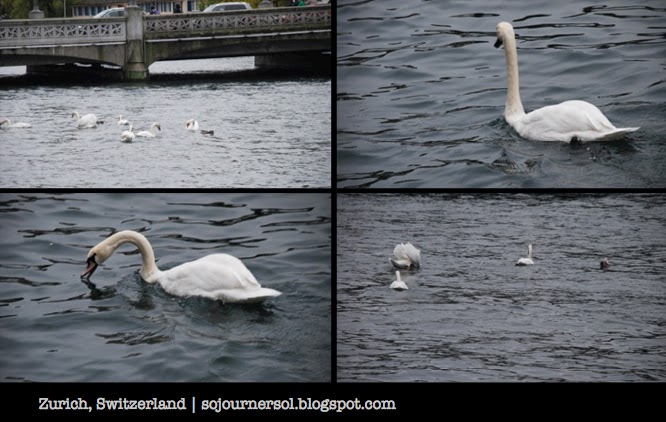 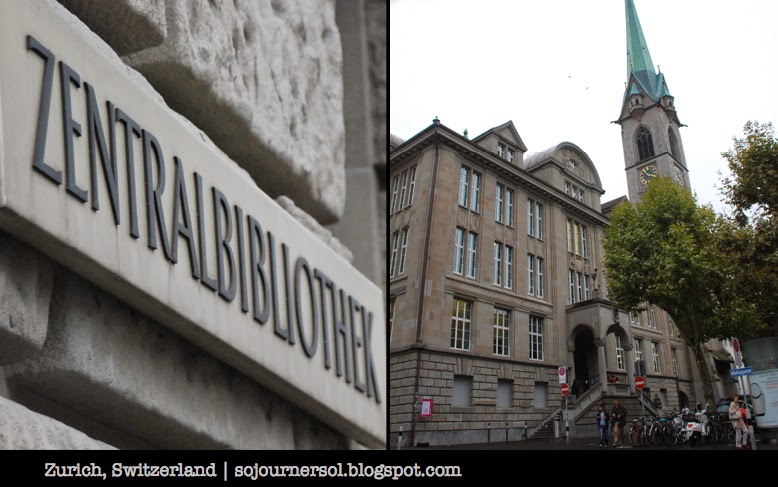 We went inside the Grossmünster and chanced upon a choir practice. We stayed a bit to listen to the choir while admiring the stained glass windows by Sigmar Polke. 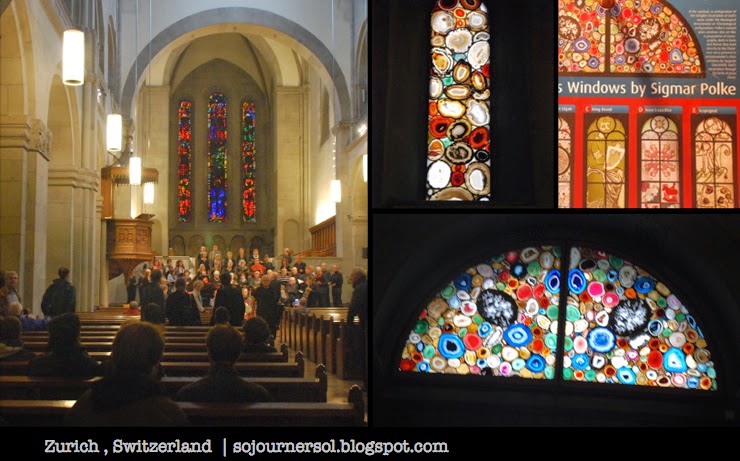 The Zurich Film Festival was ongoing while I was there.  I never got to watch any of the entries in the festival because of my tight schedule. 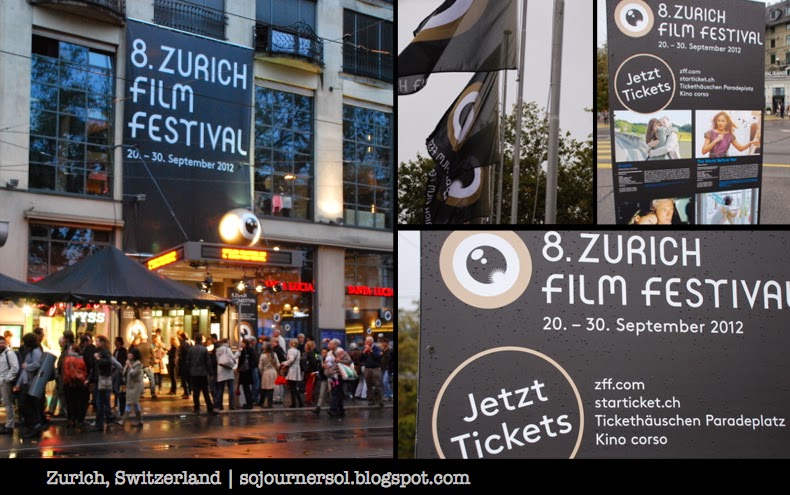 Zurich has its own lake and fountain similar to Geneva. From the lake one can see the Felsenegg, a favourite destination especially during summer because of its wooded and green surroundings and hiking trails.


Another way of seeing Zurich while enjoying a good meal is to take a short cruise down the lake. 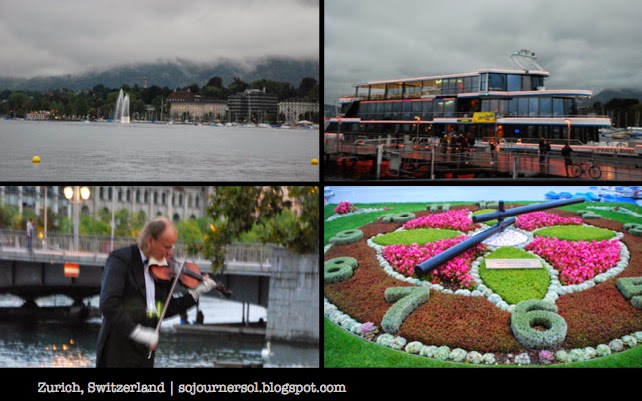 And yes, Zurich has its version of Geneva's flower clock.

A visit to Zurich is also made memorable because of the lovely music played by the street musicians.

On our way to Zeughauskeller for our dinner, Nicole pointed to me this spot in Zurich which has become a favourite film setting. 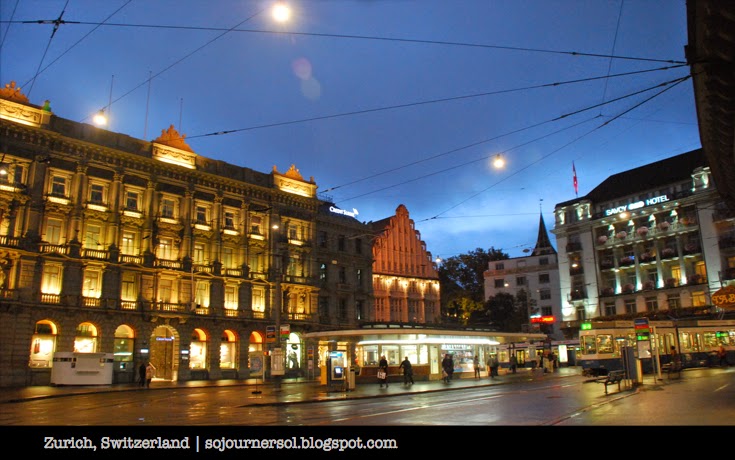 It was indeed a brief encounter but in a span of three to four hours, I have come to like Zurich. I love the old buildings and cobbled streets, how it is close to the waters and the woods, and the fact that the city can be explored on foot and by public transportation. Till then, Zurich.
Posted by sojournersol at 2:58 PM