It isn't difficult to figure out Basel. The place can be explored on foot. Or for tourist spots which are quite a distance from the city center, there is always the tram to make moving about easier. And for lesser carbon footprint, there are bicycles commonly used by the locals. 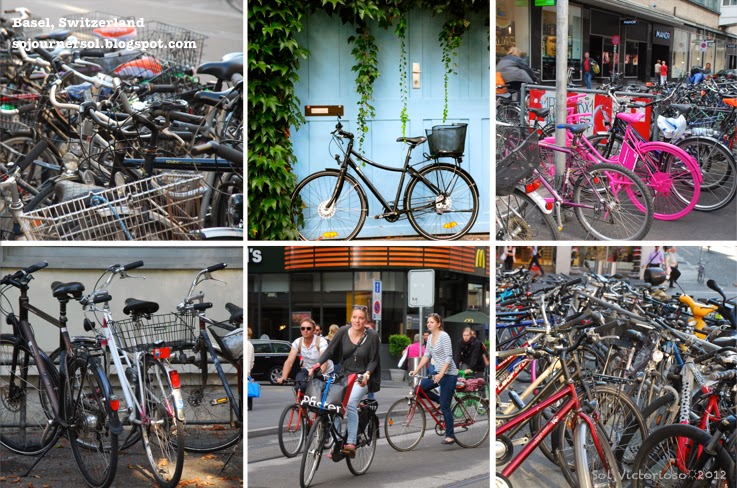 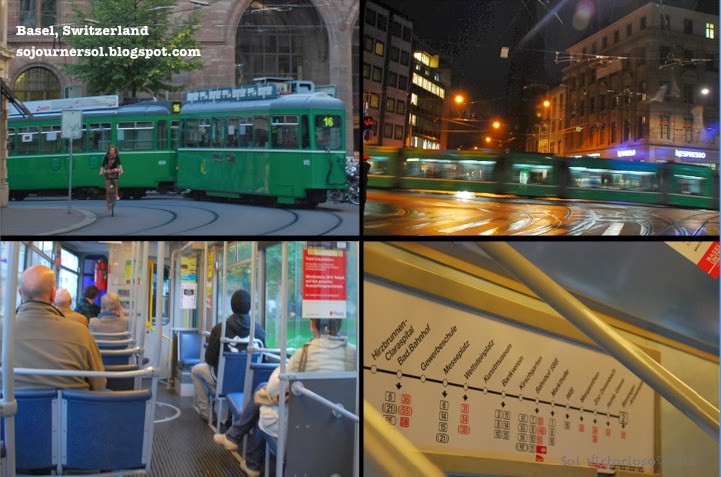 The Church of St. Elisabeth

From the hostel, I walked towards the train station which served as my kilometer zero. From there, I moved towards the Church of St. Elisabeth. What caught my attention were the concrete and glass pyramids outside the church. The church was founded by Margarethe and Christoph Merian in 1857 as the first Protestant church in Basel. Inside, one can find beautiful stained glass windows. However, in the 60s, it was no longer used as a parish church. In the 90s, it has become an open church and event center. The church is close to the Theater Basel. 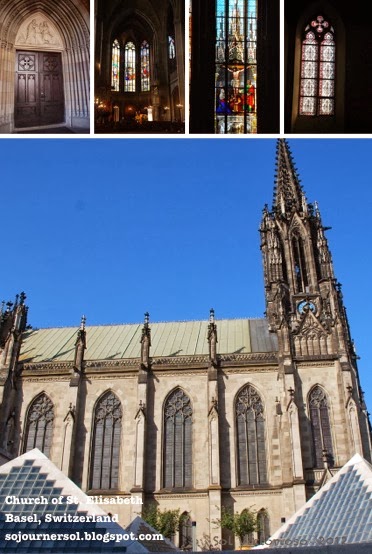 Tinguely by the Theater Basel

From the church, I went past the theater and descended the steps towards a pool of water where a collection of some of the works of Tinguely can be found. These mechanical contraptions spewing forth sprays of water are such a beautiful sight. Yes, these machines aren't just industrial; they are a work of art. All of these are works of Jean Tinguely, a Swiss painter and sculptor known for his machine sculptures. 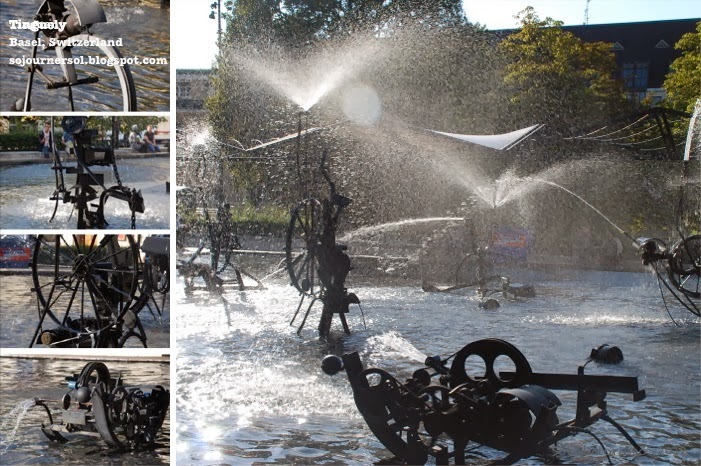 The City Hall is the seat of government in Basel. You can easily spot it because of its bright reddish facade and the golden spire. It also looms over the marktplatz. I wasn't able to visit the chambers as it was already closed. So I stayed in the courtyard and admired the paintings, the sculptures and the blue sky and white clouds above. 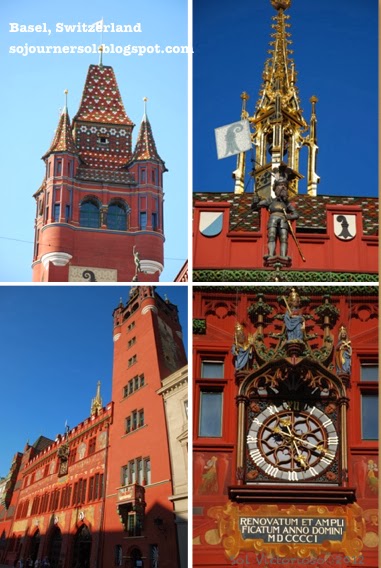 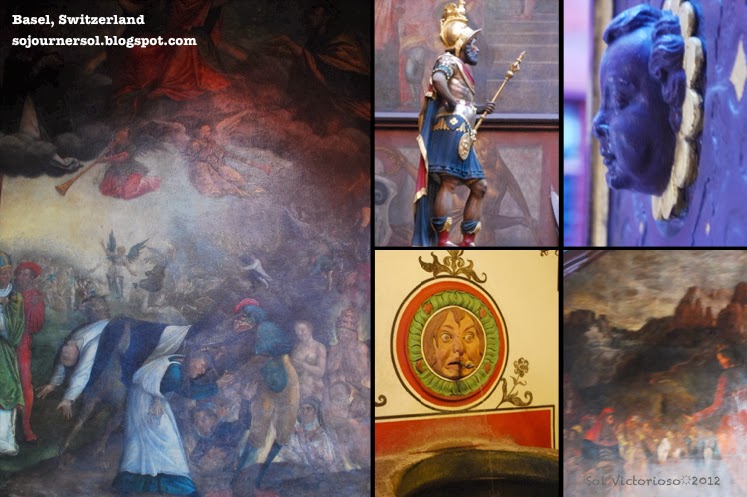 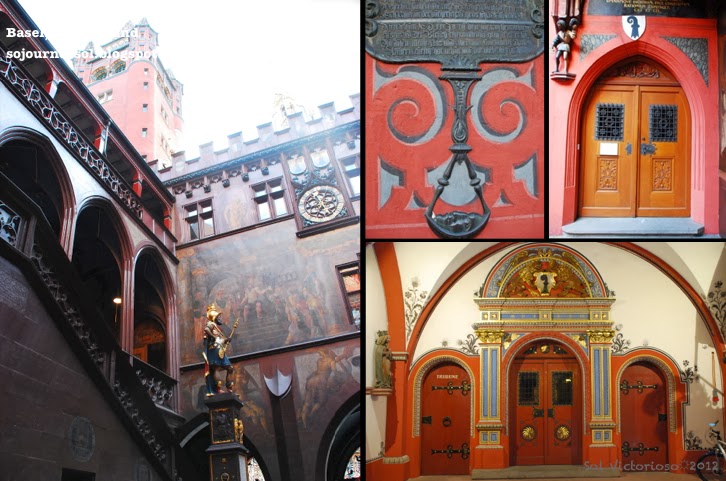 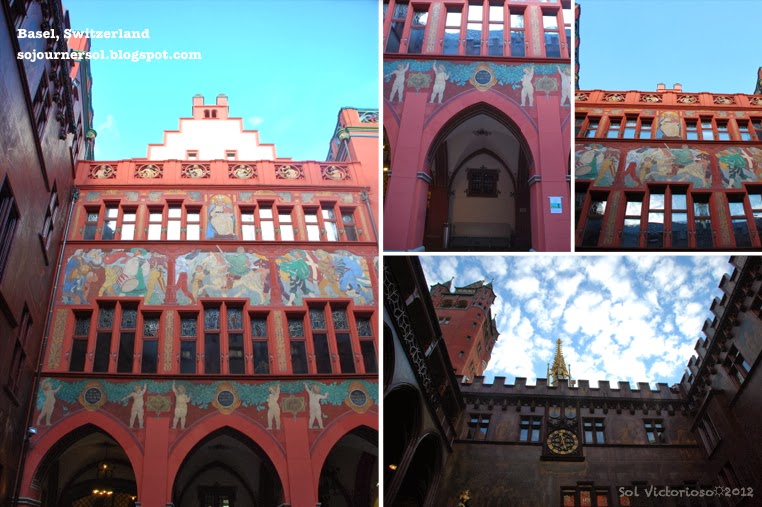 Just outside of the city hall is the market where stalls fill up the square.

While I was in the market, I had the surprise of my life. From where I stood, I heard someone speaking Waray-Waray. I followed the voice and saw a group of Filipinos standing next to a stall. One of them was from Tacloban City and Dagami, Leyte. He introduced me to the other Filipinos in the group. A mother-and-son tandem hailed from San Fernando, Cebu. The owner of the stall was Mila Fajardo who married a Swiss. She sells fruits, vegetables and jam. While I was there, we talked and they shared with me their lives in Switzerland. Some of them have been living in the city for ten years, the others even more. They were also kind enough to offer me suman which we ate while chatting. 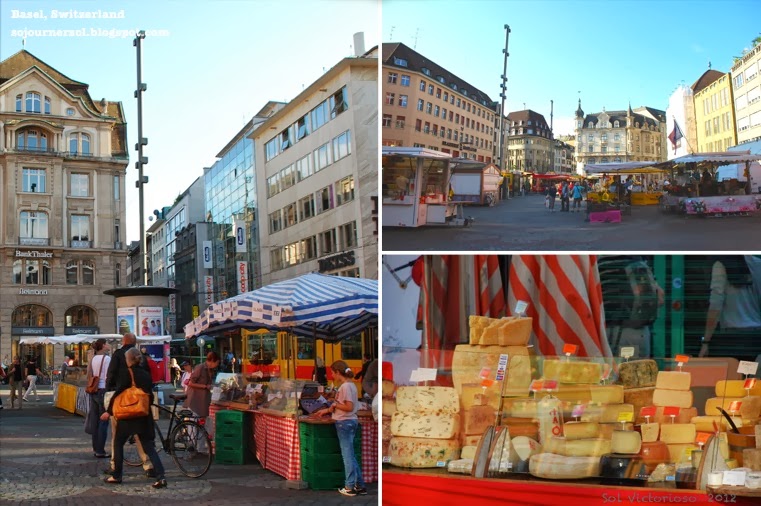 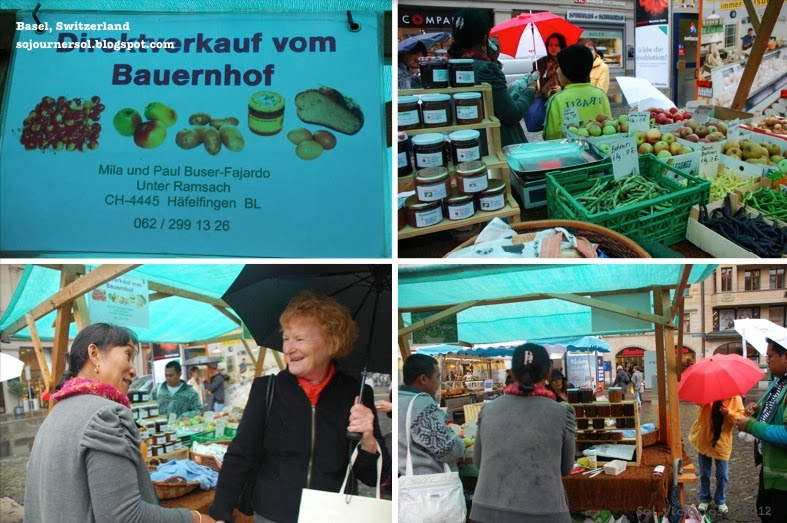 It was raining by the time I reached Münsterplatz but that didn't deter me from taking photos of the structures within the plaza and from finding my way within the dark alleys of the church. 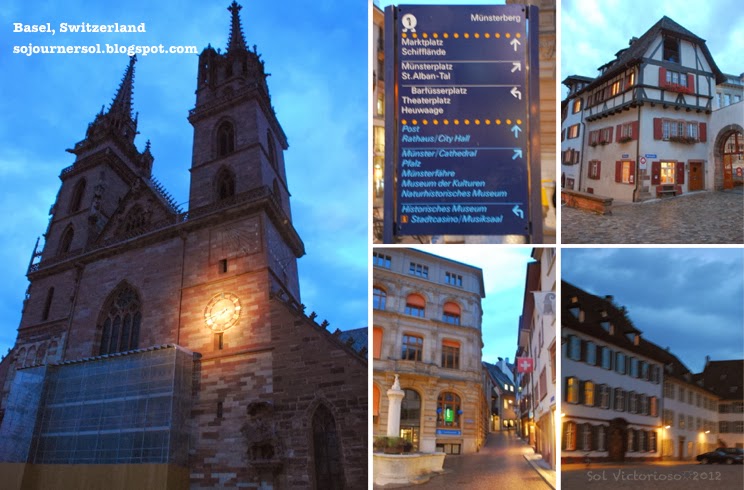 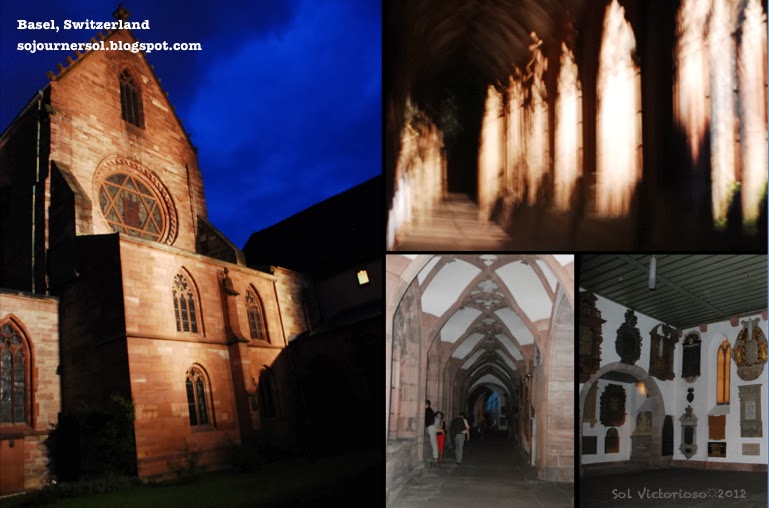 Posted by sojournersol at 10:39 PM