Food tripping in San Francisco with our all-around guides Tina and Eli Africa.

This chocolate and ice cream shop was the brainchild of Domingo Ghirardelli, an Italian who migrated to the United States during the Gold Rush. It has been serving the public since 1852.


Since it was too early in the day to have the earth-shattering The Earthquake (eight scoops of ice cream with eight toppings, bananas, whipped cream, almonds, chocolate chips and cherries), we decided to order the Mint Bliss Intense Dark Sundae and the Rocky Road Sundae. 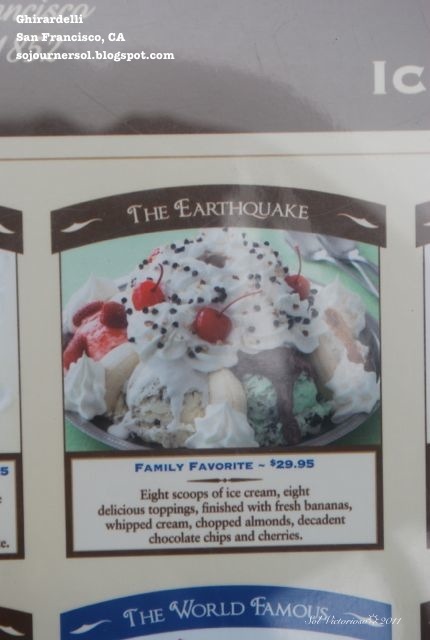 Here's how they make their chocolate:

First, the outer shell of the bean is removed to reveal the nib which is then roasted. 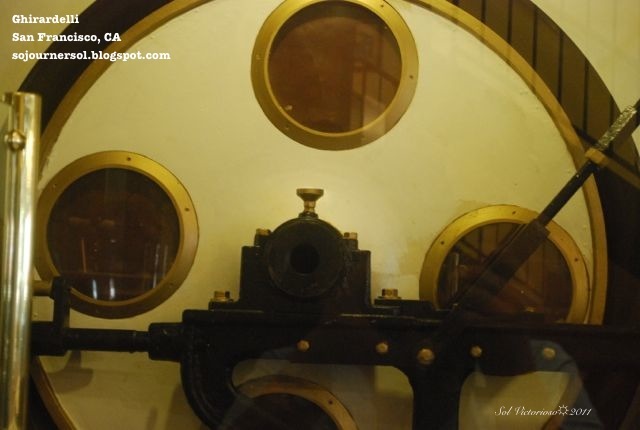 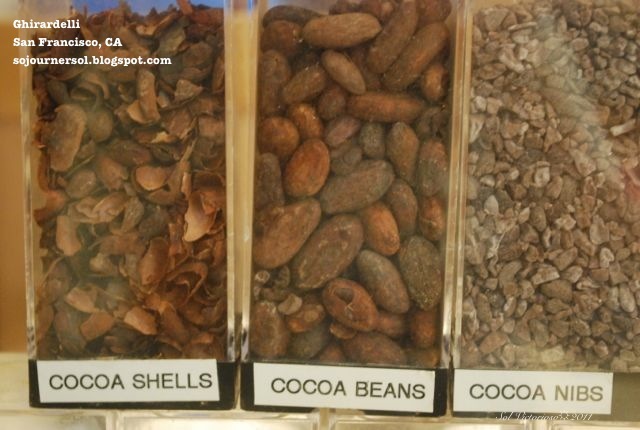 Next, the nibs are melted into chocolate liquor through grinding and frictional heat using the three-tiered mills. 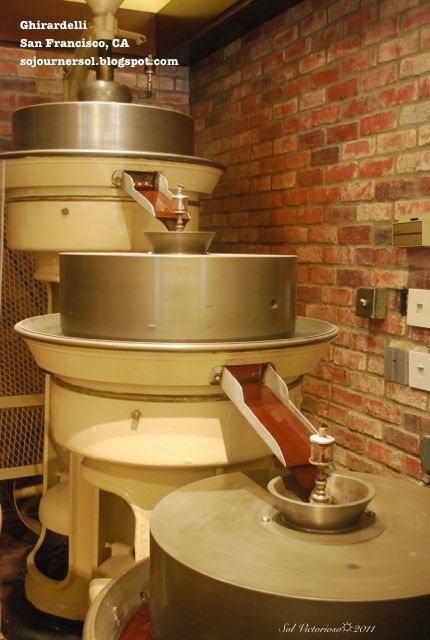 Then, the chocolate liquor is mixed with selected ingredients such as whole milk powder, vanilla, sugar and cocoa butter with the help of these huge granite rollers. 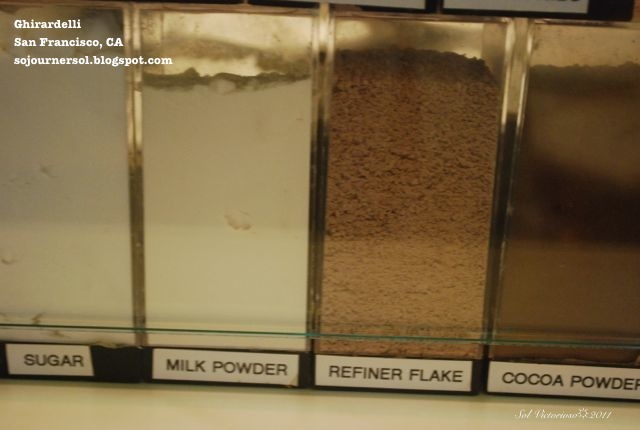 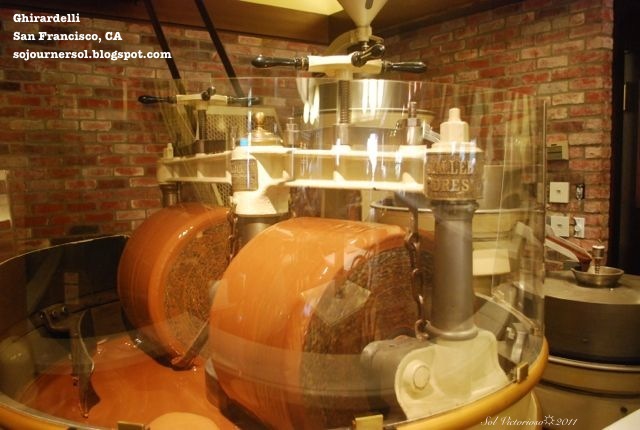 Finally, the chocolate is aerated and smoothened in what is called the process of conching. 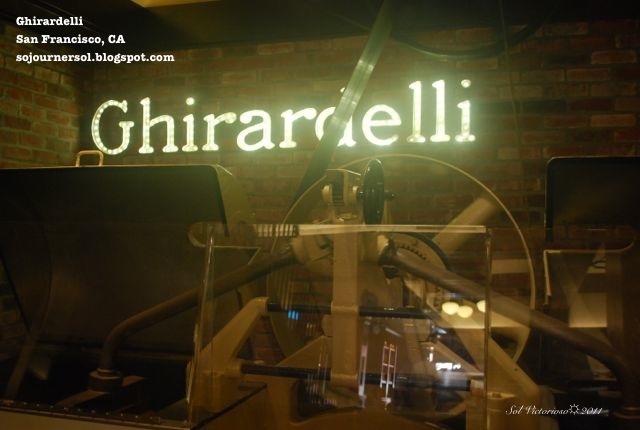 This place is a favorite of Tina. She told me how people would line up just to have their croissant, cakes and other pastries.

On its menu, it says that Tartine uses organic stuff in making its pastries and other cafe offerings. 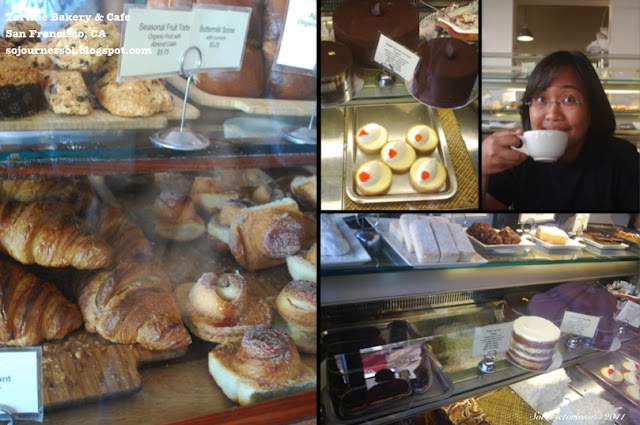 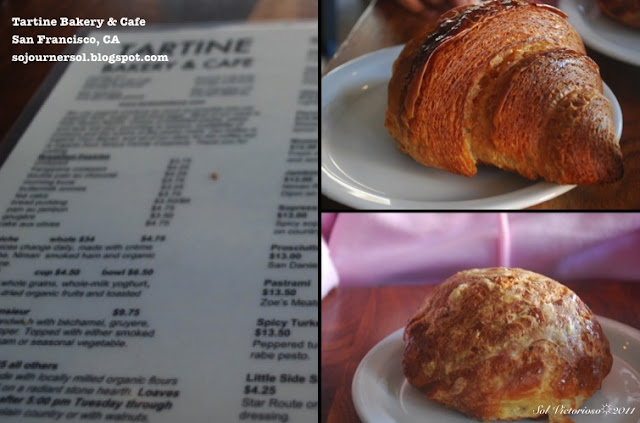 While at the Fisherman's Wharf, we decided to have clam chowder in sourdough bread bowl. 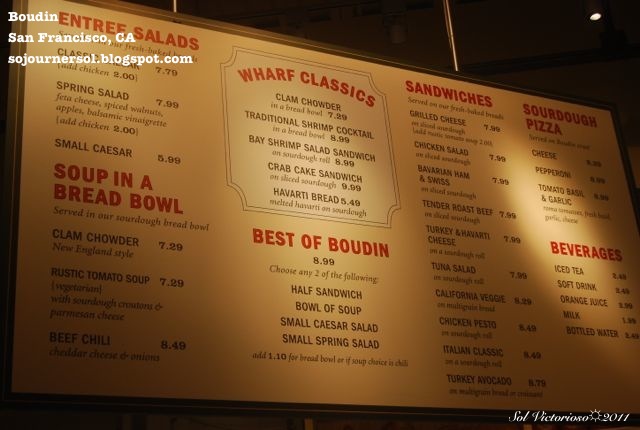 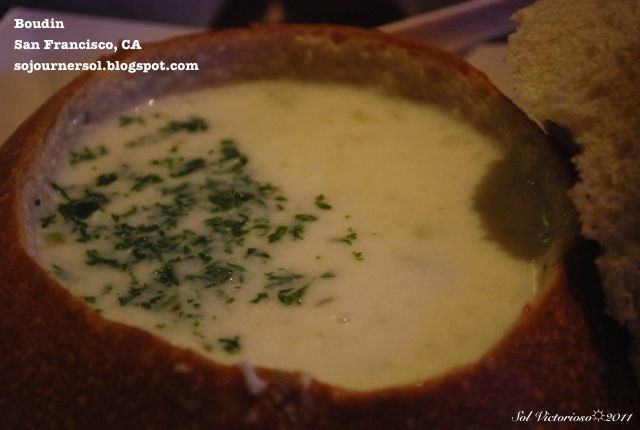 The bread in Boudin comes in different shapes and sizes. 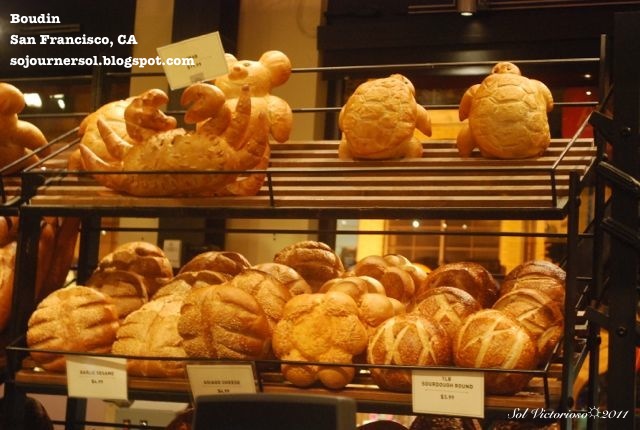 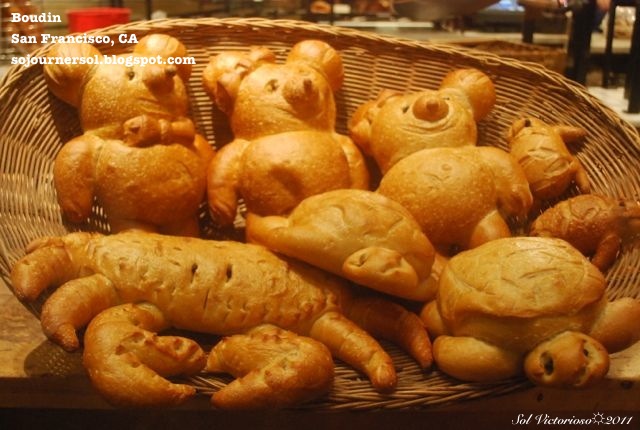 We were walking the long stretch of Pier 39. By the time we felt the need to have the midday grub, we looked around for a nice place to dine in. And at random, we chose Hook and Cook. 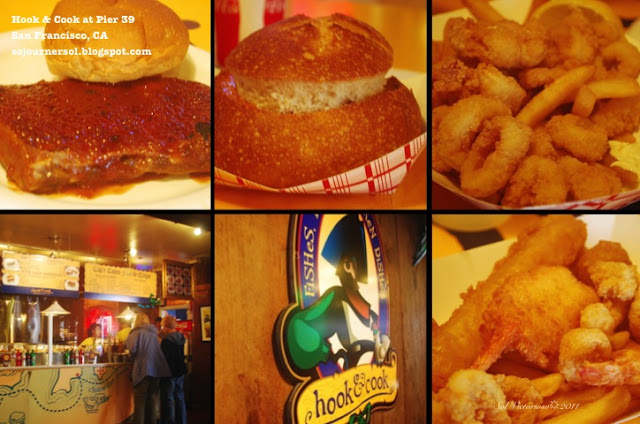 And lastly, we were shoeholics for a couple of hours at the Designer Shoe Warehouse (DSW). When it was already lunch time, we headed to this Thai resto just across the store. It was packed and there was a long line. But it was worth the wait. 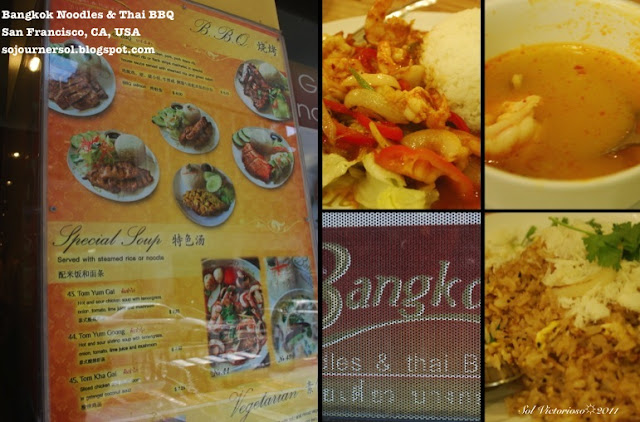 Posted by sojournersol at 2:33 AM