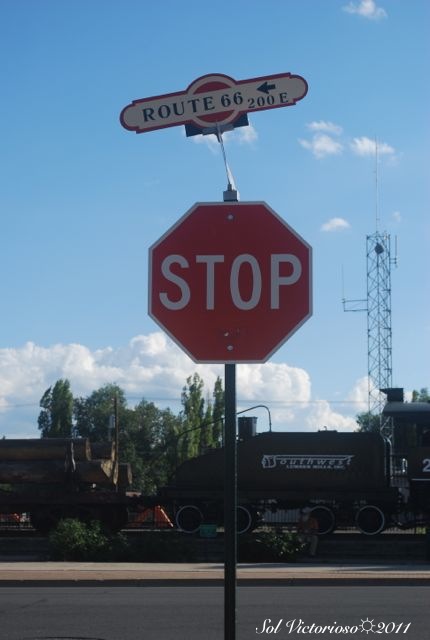 As we were cruising around the three of the four states that comprise the Four Corners (New Mexico, Colorado and Arizona. We never got to Utah.), I kept seeing that sign on the road which contained the number 66. 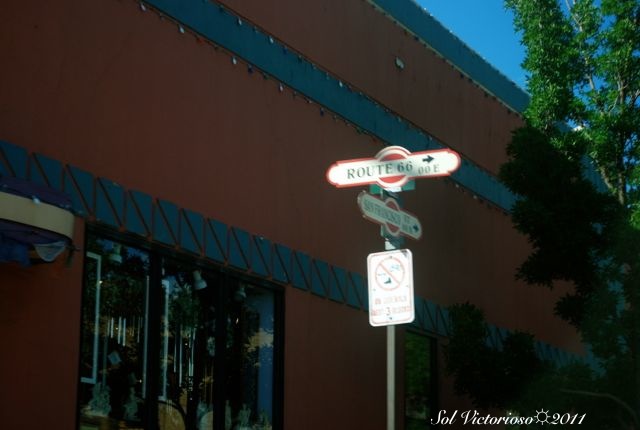 It was then that I learned of the historic Route 66. Also known as the Main Street of America and the Mother Road, it connected Chicago and Los Angeles by passing through the states of Missouri, Kansas, Oklahoma, Texas, New Mexico and Arizona. Travel from east to west was made easier and at the same time, the towns through which the highway passed through flourished. The highway was established in 1926, improved through the years and by 1985, it was decommissioned after the Interstate Highway was put in place.

Posted by sojournersol at 4:57 PM