Star-Spangled Journey: Charmed by the Old Town of Albuquerque

Welcome to the Old Town of Albuquerque. Really old as this was founded by the Governor of the Spanish Province of New Mexico Don Francisco Cuervo y Valdes in the year 1706. Town was located right on the Camino Real.


The plaza right smack in the middle would greet you upon entering the old town. It reminded me of the plaza complex, of how the towns were designed under the rule of Spain. You have a plaza at the center of the town surrounded by the church, the school, government offices, market and houses.

The place was once the hub of New Mexico. However, when the Atchishon, Topeka and Santa Fe railroad was built several kilometers away from the plaza, merchants and settlers moved towards that new hub which is now the Downtown Albuquerque.


The San Felipe de Neri parish was established in 1709 with Fray Manuel Moreno at the helm. The church was built in 1793 after the original edifice built in 1719 collapsed in 1792. It stands near the Old Town Plaza.


Allow me to give you a glimpse of the Old Town. Wandering around the place is like being transported back to another time as most of the structures have been preserved, just like what they looked like hundreds of years ago.


In this age of internet and social media, a scene like this tugs a string in my heart. Still a sucker for handwritten notes, postcards and snail mails. 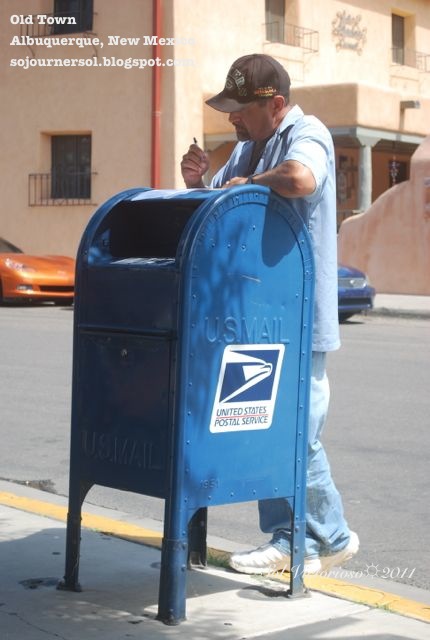 While walking around the Old Town, I saw these wood beams protruding from the walls of the stores. 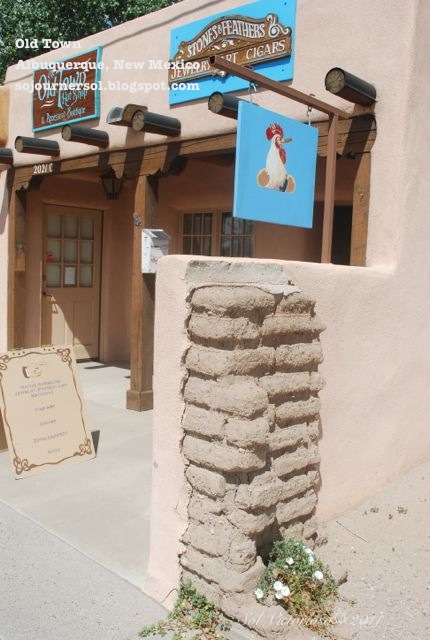 And just about anywhere in the Old Town, these bunches of bright red chili hanging by the establishment doors caught my attention. I learned that these are called "chili ristras" or chili in a string. Summer is when the people would gather chili and in order to preserve them after the harvest season, they would dry them under the sun, string them together and hang it in their homes. However, this practice has evolved such that chili ristras have become colorful decors of the home and not just food saved for the coming winter days.

And the shopping as well as the window shopping continued. Here is a store which contained souvenir stuff that is identifiably New Mexico. You have mini-hot air balloons (They have the hot air balloon festival sometime in September or October.), the smiling sun, and anything chili among others. 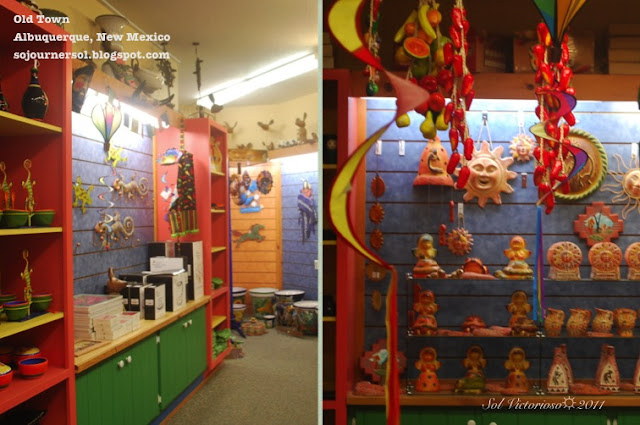 Then there are the pairs of Minnetonka moccasins as well as blankets of the Native Americans. 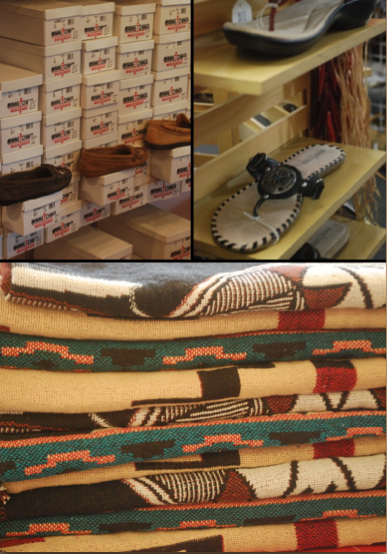 And in the midst of summer, we found ourselves celebrating Christmas. Yes, they have The Christmas Shop which is open the whole year round. 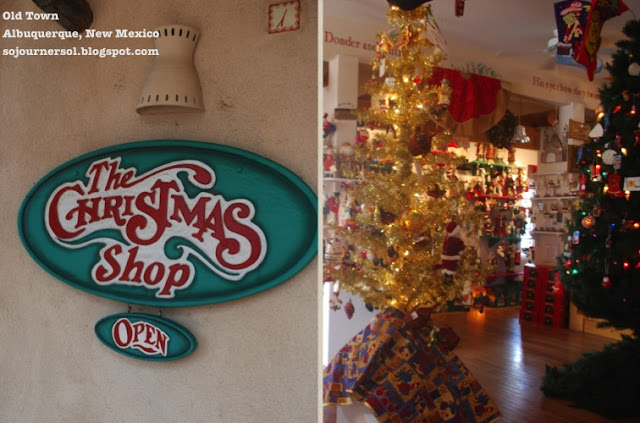 Yes, the Old Town is charming in a lot of ways. And I enjoyed my day here. Let me end this post with a Native American proverb which I saw in one of the shops. 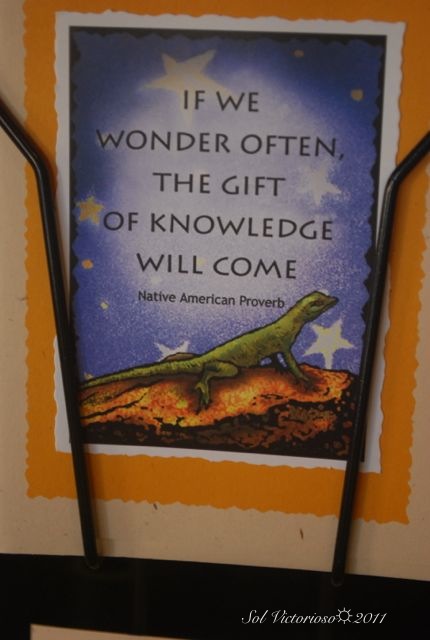 Posted by sojournersol at 3:34 PM