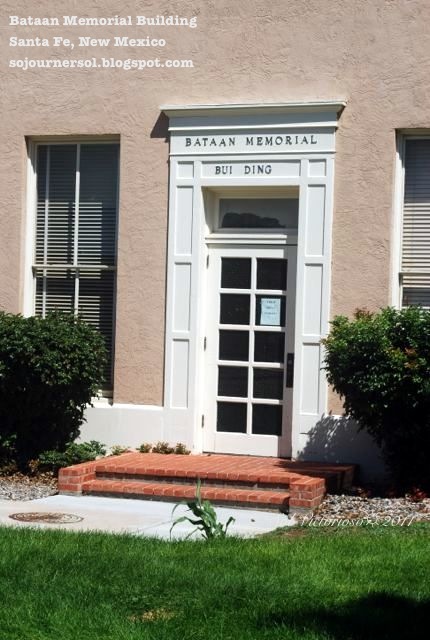 I had the biggest surprise that day in Santa Fe when I saw the Bataan Memorial Building. What significance does Bataan have in the history of New Mexico?


We know that the Bataan Death March has claimed so many lives during the World War II. That atrocity in our history also had a great impact on New Mexico because it sent around 1,800 soldiers of the 200th and 515th Coast Artillery Regiment (New Mexico Brigade) to the Philippines during the war. Some of these soldiers figured in the Death March. Only half of the soldiers deployed survived the war.

We were there on a Monday and the museum was closed so we never had the chance to enter the building and see what it was like inside and view their display. But there were memorials erected outside of the building in honor of the soldiers who risked their lives during the war. To know more about their story of the New Mexico National Guard and the Bataan Memorial Building, do click this link. 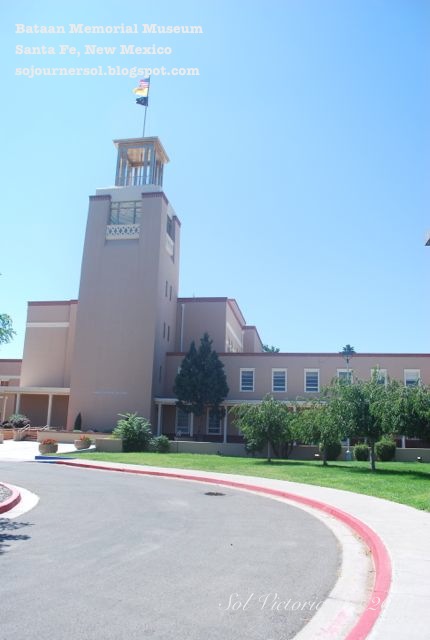 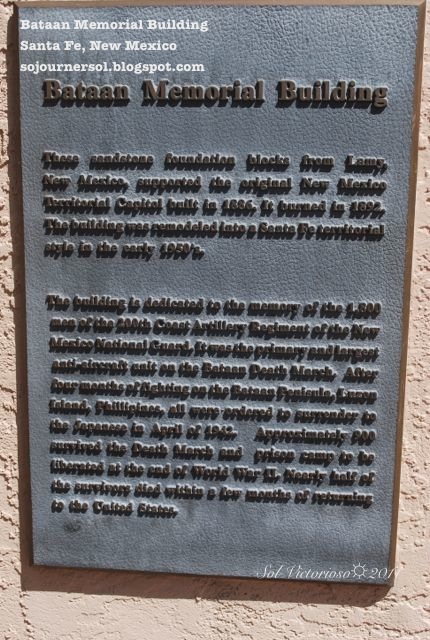 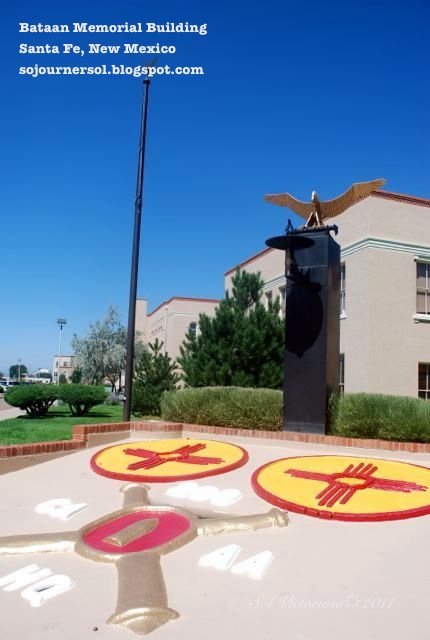 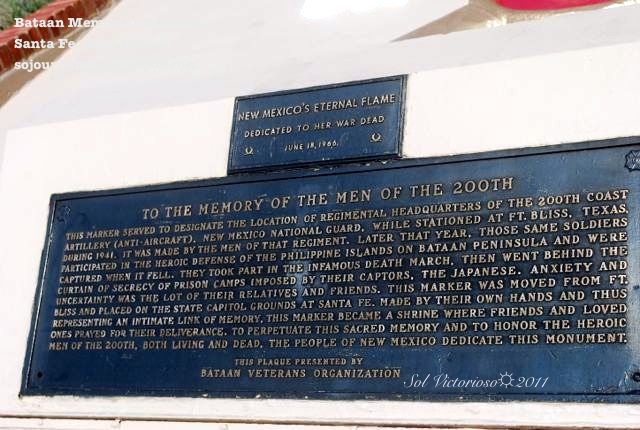 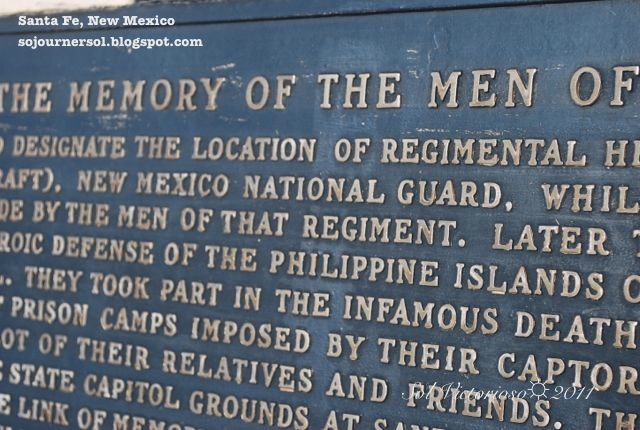 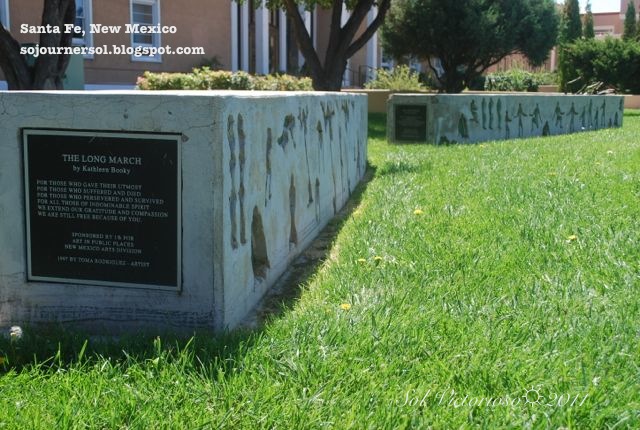 Here is what is written on the plaque of that long block done by the artist Toma Rodriguez in 1997.

The Long March (by Kathleen Booky)

For those who gave their utmost
For those who suffered and died
For those who persevered and survived
For all those of indomitable spirit
We extend our gratitude and compassion
We are still free because of you.

And here are a few lines on the Death March by Frank Hewlett found on the Bataan Museum website.

We are the battling bastards of Bataan,
No papa, no mama, no Uncle Sam;
No aunts, no uncles, no cousins, no nieces;
No pills, no planes, no artillery pieces;
And nobody gives a damn.

There is also another memorial close by which recognizes veterans as gift to the nation. 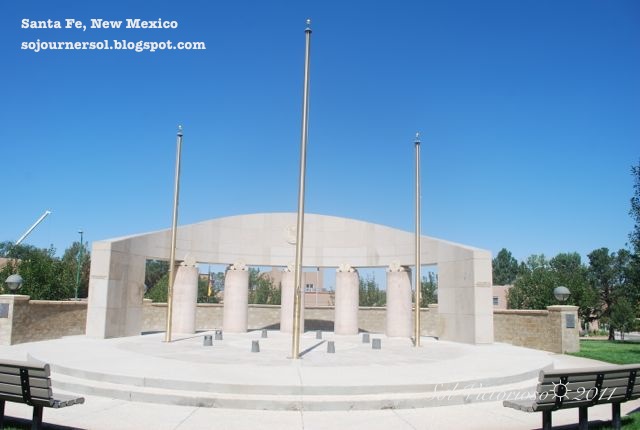 Veterans are a gift to the nation. That line etched on the memorial struck me. I am a granddaughter of a war veteran. My grandfather lived till his seventies though I never got to see him because I was born a few years after his death. But seeing the war veterans and their plight especially during the Araw ng Kagitingan and Leyte Landing celebrations makes me wish that the powers-that-be in our country value the great contributions of the surviving veterans and make their lives bearable and better especially now that they are in their twilight.
Posted by sojournersol at 7:17 PM