Star-Spangled Journey: I Did Not Take The Left Turn in Albuquerque

Remember that classic line of Bugs Bunny whenever he got lost? He'd always say, "I know I shoulda taken that left turn in Albuquoikey (Albuquerque).

But me ending up in Albuquerque was not because I missed the left turn. Nor I got lost in the middle of nowhere. The Duke City is where I should be at that time.


Albuquerque is right smack in the middle of New Mexico, the Land of Enchantment. It was named after the Duke of Alburquerque. Yes, that is how the Spanish town is spelled, with an "r" but the Portugese spell it minus the said letter. The city is divided into four quadrants, the northeast, northwest, the southeast and the southwest. It is home to the Albuquerque International Sunport, the University of New Mexico, an air force base and a host of offices. In fact, it is even busier than the state's capital Santa Fe. At the time of the visit, weather was good. The sun gave off enough warmth to temper the cool breezes.

Albuquerque has preserved the lovely Old Town which will be the subject of my next post. On the other hand, here's a glimpse of Downtown Albuquerque and the rest of the city. The Downtown area flourished at the time when the railroad was built in the late 19th century and when the Route 66 was realigned in that part of Albuquerque. 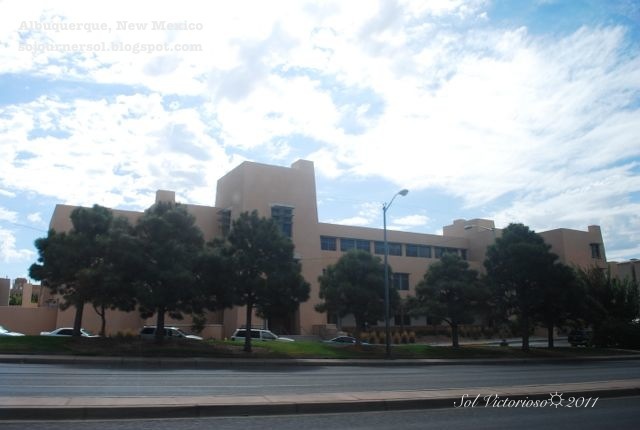 Have you read Tequila Mockingbird, A Midsummer Night's Drink, The Wrath of Grapes and Lord of the Onion Rings? Only here in Albuquerque!

A typical home in Albuquerque. Terra cotta and plaster walls with flat roofs. 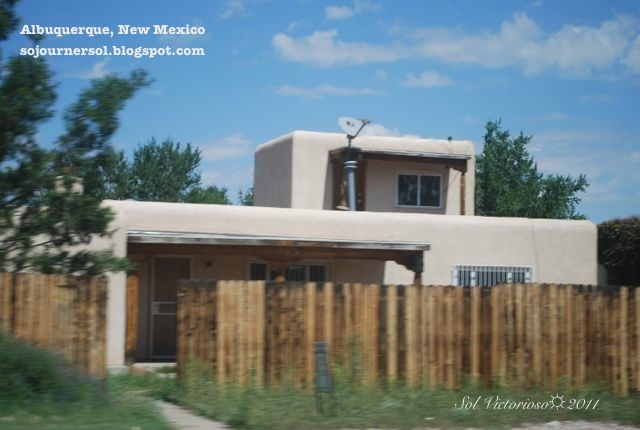 One of the best times to visit Albuquerque is around the first week of October when they hold their annual International Balloon Fiesta at the Balloon Fiesta Park.

While there are a wide range of dishes, from Mexican to American and even Asian, I was all too happy with this pizza buffet at CiCi's. For a little over $ 7.00, you can eat all the pizza you can have, a few pasta and salad selection, dessert and drinks. 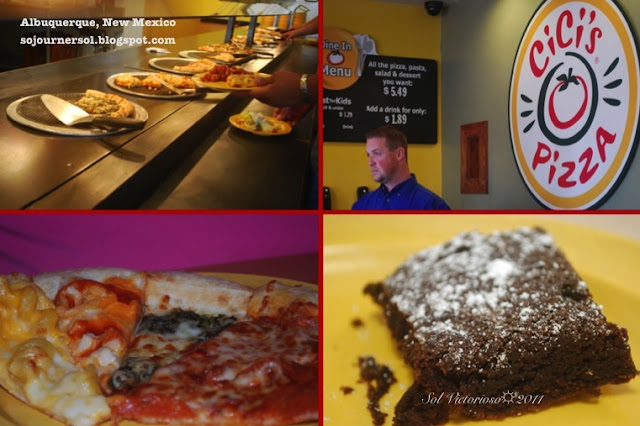 Posted by sojournersol at 9:41 PM