Star-Spangled Journey: A Tourist in NYC


So much to see in such limited time. I am usually drawn to places unknown with very little hype. But this time around, I had to play tourist in NYC.

Our first stop after Hurricane Irene was the Empire State Building. Yes, that same building with King Kong. And where Tom Hanks and Meg Ryan met in the film Sleepless in Seattle.


The building was named after NY's monicker, that is the Empire State. It was once the tallest in the world until the World Trade Center rose from the same city. Work on the building started in 1930 and was completed by 1931. However, with the onslaught of The Great Depression, much of the units in the building went unrented. And the building's spire was where the dirigibles were supposed to moor but such plan was shelved because of the danger it brought and its impracticability.

For more factoids on the Empire State Building, do visit their official website.

Before we could go to the top of the building, we enjoyed the NY Skyride, a virtual tour simulator which took us over the famous sights in New York. 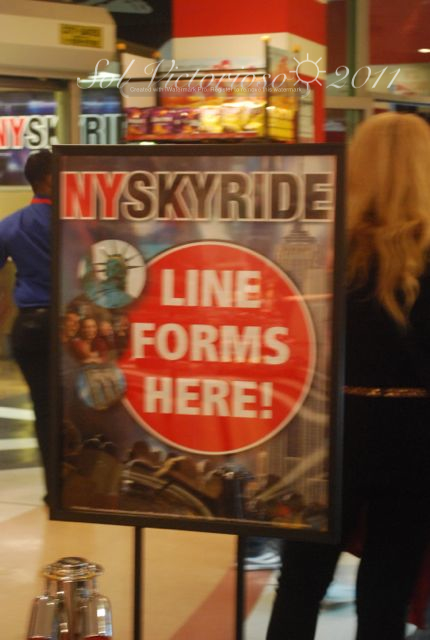 After the virtual sky ride, we were on our way to the observatory on the 86th floor. Quite a crowd enjoying the NYC skyline. Then we topped up our tickets so we could go to the observatory on the 102nd floor. This time, there were only a few people in this glass-encased observatory on the topmost part of the building. It was cool to finally set foot on this very much photographed and filmed building of my childhood. A big thanks to Uncle Caloy and Aunt Linda Quilaneta for the ESB treat.

From the Empire State Building, we meandered the streets of NYC. 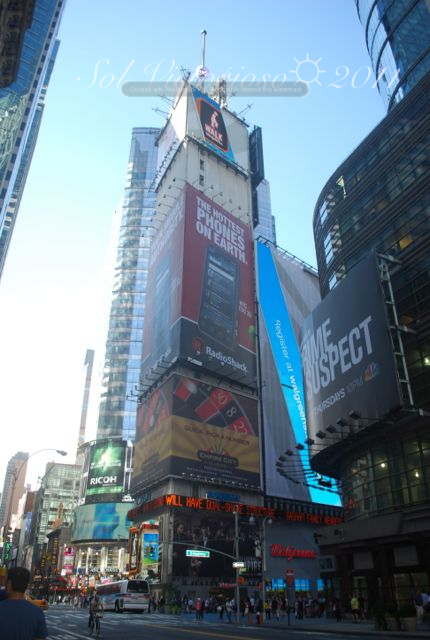 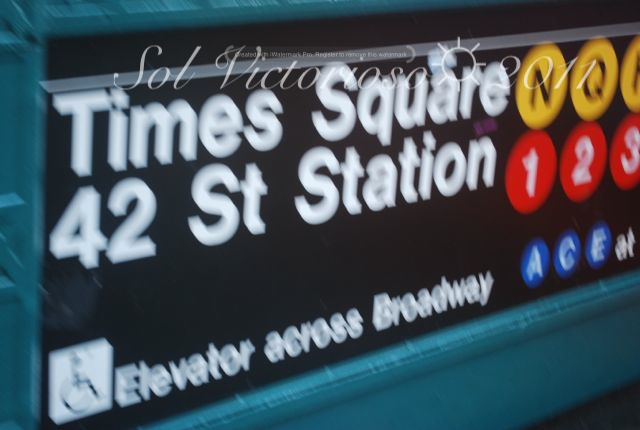 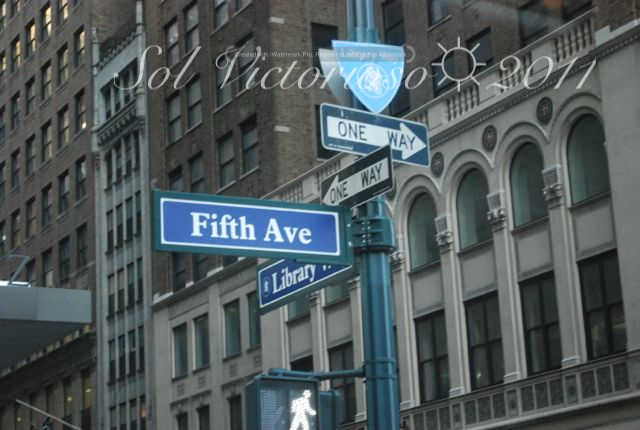 Rockefeller. A word I associate with grants in the Philippines. And that tall Christmas tree come December. But to many, this building is also called The Rock. We didn't go to the Top of the Rock. Seeing the NY skyline from the Empire State Building was enough. We contented ourselves people-watching, seeing Atlas and Prometheus and reading the principles in which John D. Rockefeller believed in, inscribed on a huge plaque. But I had such thrill of searching and finding our "red, white and blue, stars over you" from amongst the many flags that lined the place. 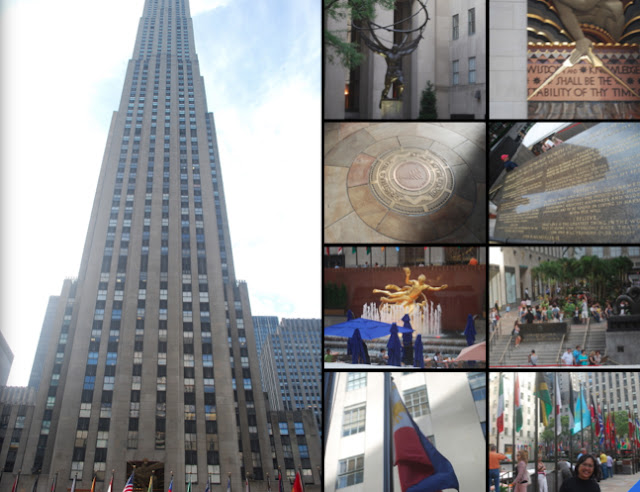 We also had the chance to attend the afternoon mass at St. Patrick's Cathedral, just across the Rockefeller Center on 5th Ave. 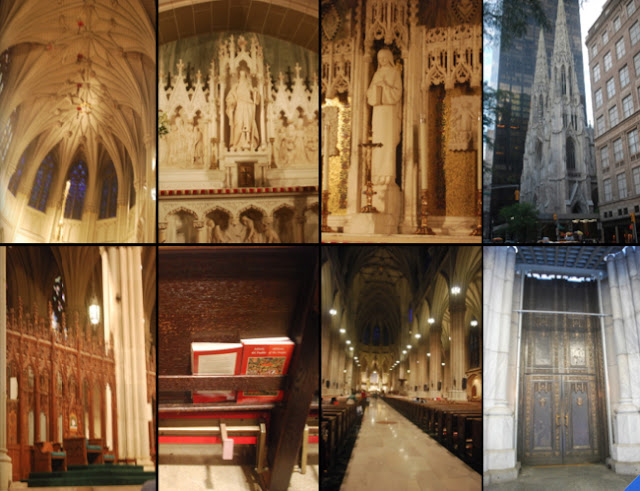 While waiting for our other companions as we make our way to the Penn Station, we passed our time at the Madison Square Garden. 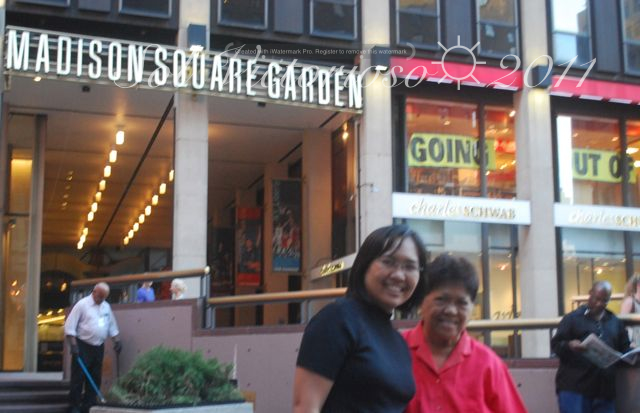 A trip to NYC won't be complete without exploring the Central Park. Too bad, my camera battery died on me as we stepped foot on the famous park and I didn't have any spare. I love Central Park, an oasis in the midst of all the hustle and bustle. But I only got to see a teeny weeny bit of it, the area near the zoo. This calls for another trip to NYC as I would like to go walking or biking the whole stretch of the park and at the same time visit MoMA which I failed to see. :(

NYC has this certain charm. It doesn't occupy the top spot of my favorite cities in the world but it is definitely a place worth another trip. I just love how the contrasts mix and fall into place to make it an interesting haven.

Posted by sojournersol at 3:23 AM