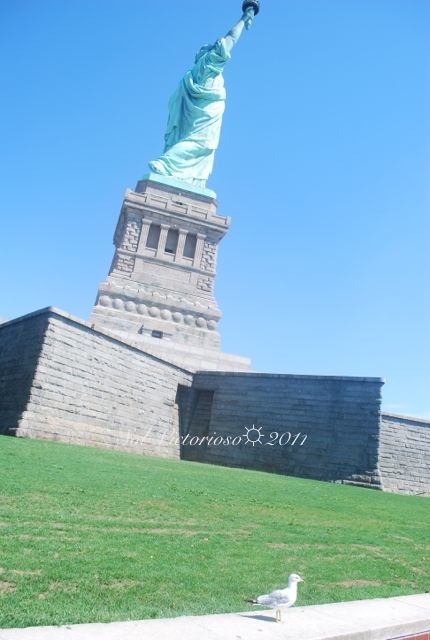 Another touristy thing we did while in New York was to get up close with Miss Liberty.


We went to Battery Park where we purchased our tickets for the Statue Cruises that would take us to Liberty Island, Ellis Island and the Liberty State Park.


It was a very hot and humid day and the lines were long. Plus we also had to go through a strict security check, much like in the airport, before we could board the boat.

Our first stop was the Liberty Island to say hello to Miss Liberty. Too bad, we didn't get to go to the crown. So we contented ourselves gazing at the green lady within the park's premises. 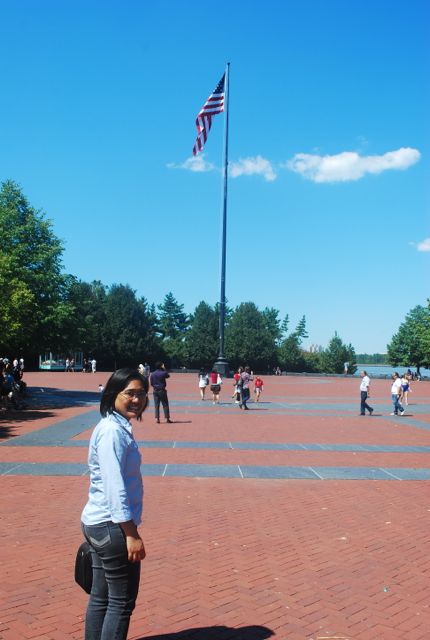 And now you ask, why is the Statue of Liberty green?

The statue is made of copper and when exposed to oxygen in the air, it undergoes a chemical reaction of oxidation which causes a fine film, green in color, to develop  protecting the statue's metal beneath it. Such natural protective process is called patination.

The pedestal of the statue is approximately as tall as a ten-storey building and was done by Richard Morris Hunt and Charles P. Stone. 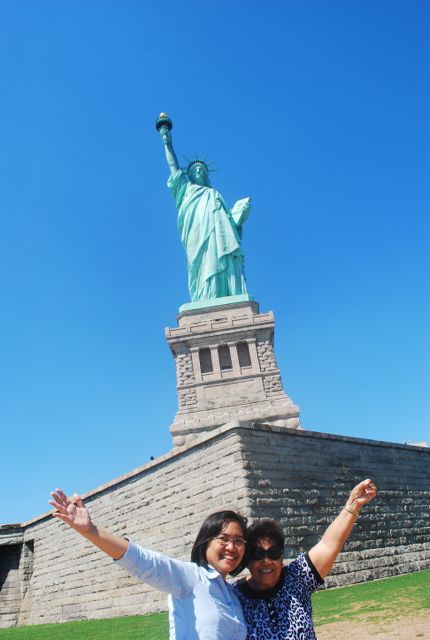 So how did the Statue of Liberty came to be? I'd say it was definitely a collaborative effort from different parts of the world.

French guy Frederic Auguste Bartholdi designed the statue by forming the statue's outer skin using thin copper sheets from Norway. The sheets were shaped using the method repoussé wherein the metal is hammered within large wooden and plaster molds. It was then shipped to the United States. The iron framework which supported the statue was designed by Alexandre Gustav Eiffel.

Below are the statues of the people, found within the park, who have made significant contributions to the completion of the Liberty.


After the snapping away numerous shots, we decided to cool down ourselves under the canopy of trees and enjoyed the view of the New York skyline. 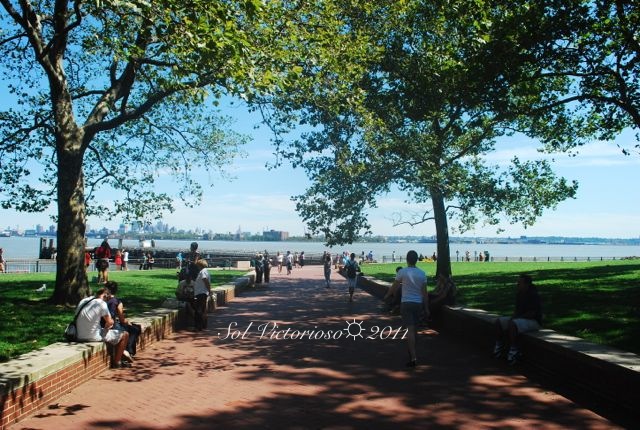 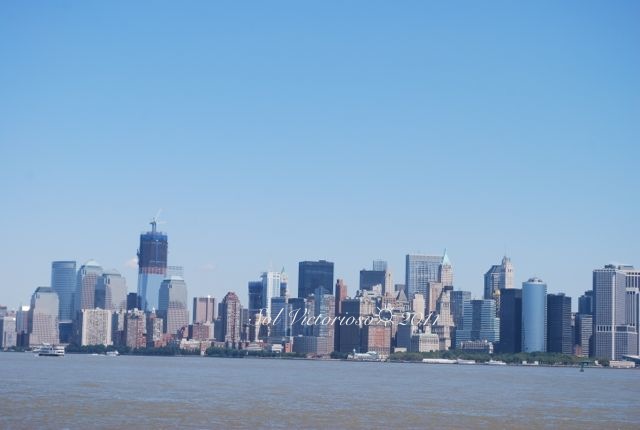 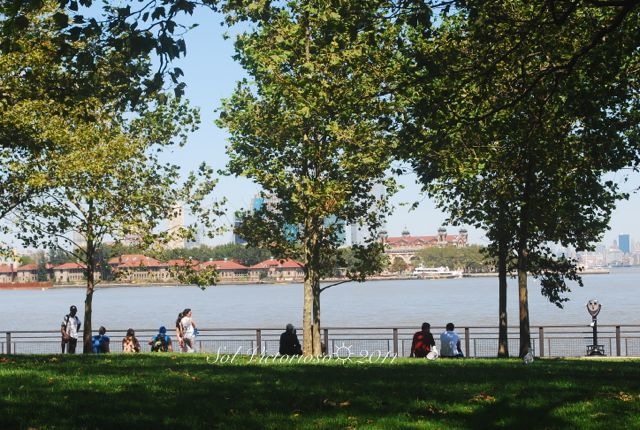 Next stop was Ellis Island. The name of the island rings a bell. And then I remembered of novels set a century ago against a historical backdrop, of Europeans making that long journey across the Atlantic Ocean towards the new land.

We visited the Immigration Museum.


When foreigners enter Ellis Island, they are subjected to medical examination and legal examination to screen out the undesirables: those who are ill, criminals and impoverished. Once they are cleared, they are free to enter the country. But if there's room for doubt, then they will be subjected for further medical examination or hospitalization or a special inquiry where they can appeal their case. The worst case is of course non-entry to America. 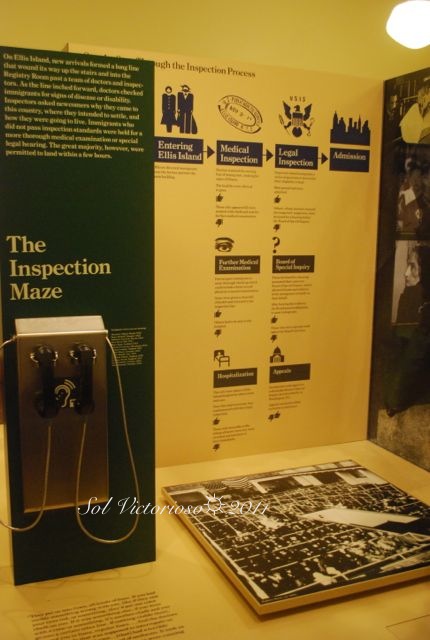 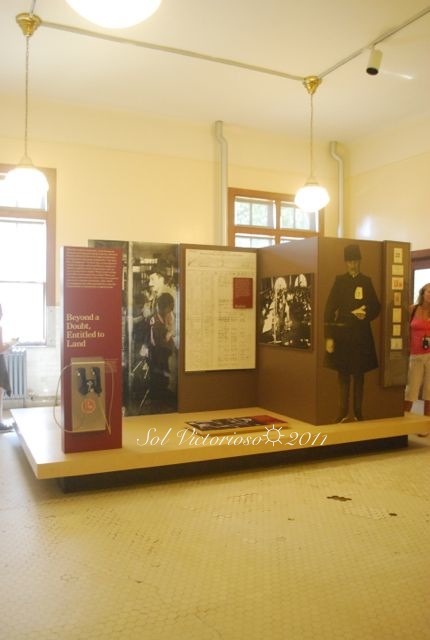 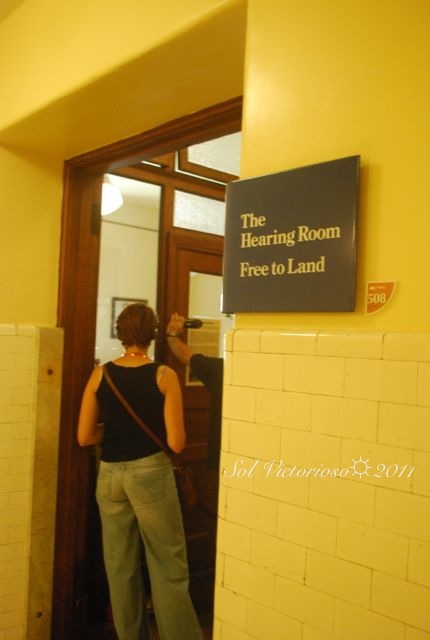 From Ellis Island, we proceeded to Liberty State Park in New Jersey.

Posted by sojournersol at 4:59 AM

Learned something new about Miss Liberty. :)