Star-Spangled Journey: The Heat Is On In Las Vegas 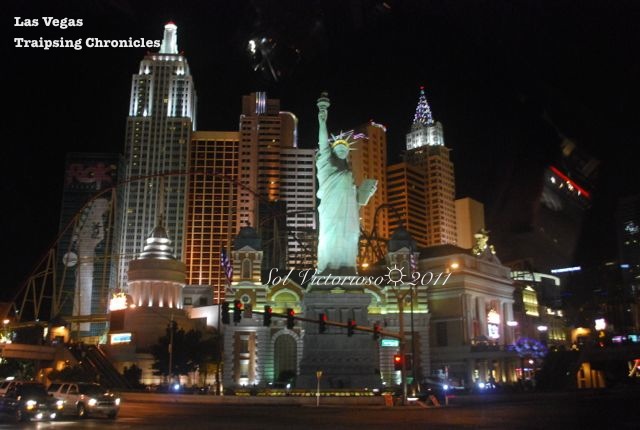 
Las Vegas was once a stopover point and a railroad town. With the building of the Hoover Dam, the legalization of gambling and the mushrooming of hotel resorts and casinos, more and more people trooped to this desert city either as residents or tourists.

We took a Las Vegas-bound Continental Airlines flight from Newark airport. As soon as I settled in my seat, something in the safety instruction card caught my attention. Apart from English, Spanish, German, Chinese, Japanese and Korean, the instruction was also translated into the Filipino language. This got me thinking on Continental Airlines having quite a big chunk of Filipino passengers. 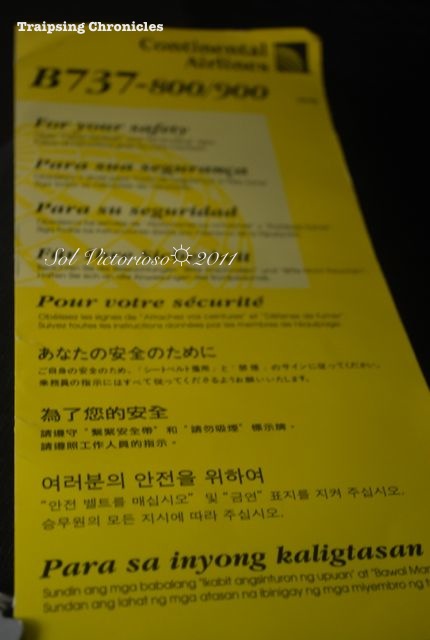 I must say though this has got to be the most boring flight for me. In-flight entertainment was for a fee (at around $ 7.00). Apart from the book that I brought, I had to keep myself busy by reading the in-flight magazine. At other times, I looked out of the window but the sight wasn't something to behold; it was dreary.

I had to endure the almost six-hour flight. Finally, we landed at the McCarran International Airport. Voila, slot machines abound the area. There was no mistaking this is Las Vegas. Outside the airport, the sweltering afternoon heat greeted. And all the while I thought I was standing in front of an exhaust pipe. This just reminded me of the climate in Morocco where it can be really hot even during mid-spring.


A close friend of the family and her hubby (both are now based in Las Vegas) picked us up at the airport and brought us to their home.  We spent the remainder of the day by having dinner, watching the Fountain show at the Bellagio and marveling at the beautiful interiors and designs of several hotels along The Strip.


We started our second day outside The Strip, continued seeing more hotels and ended it by watching the concert of Barry Manilow.

In our last day in Vegas, we attended mass and still did more hotel-hopping. And by the way, I learned that parking is free in the hotels and establishments, definitely a big come-on for locals and tourists.

Let me thank our gracious hosts, Czar and Ethel Tiu, Victor and Dulce Krueger and Gerald Gutierrez, for a fun and memorable vacation in Las Vegas.

Posted by sojournersol at 3:46 PM