A trip to Boston won't be complete without making a side trip to Cambridge to somehow get a glimpse of the Harvard University or the Massachusetts Institute of Technology (MIT). We managed to visit two campuses and had a glimpse of the other academic institutions.

Just across from the hotel where we were staying was a long stretch of buildings comprising the Boston University.

And while we were strolling one evening, we passed by the Berklee College of Music. This school, located on Boylston Street, was founded by Lawrence Berk in 1945. Among its roster of alumni is the conductor of FILharmoniKA, Gerard Salonga. 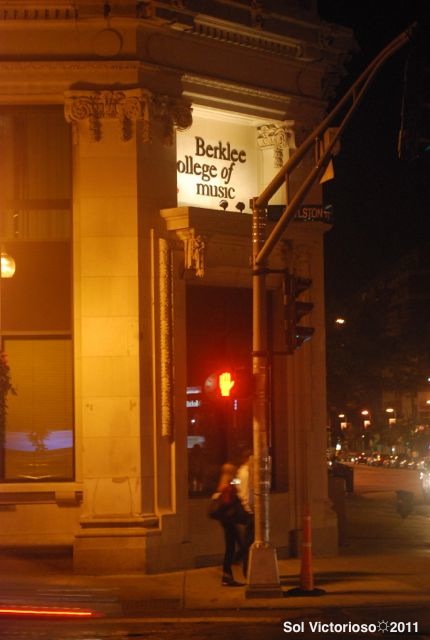 Who wouldn't be familiar with Harvard University? 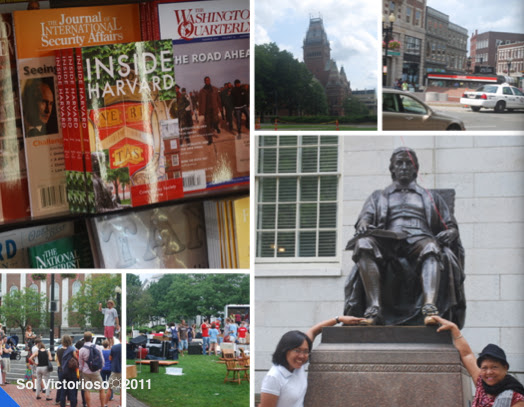 When we got there, the campus was buzzing with so many students. The school year was about to start. We see families giving their children a send-off. Several tents were set up and the upperclass were giving their welcome to the freshies in the campus. Apart from the students and their families, the place was also filled with tourists. We saw several tour groups inside the campus and at the Harvard Square. We didn't join any of these groups. We went around the campus by ourselves, took some photos, bought some souvenirs and did that touristy myth of rubbing the left foot of John Harvard, which, according to some urban legend ought to bring good luck.

From Harvard University, we went to Bentley University in Waltham. It is a business school and it was here where my brother spent a month as an exchange MBA student.

Bentley University was founded in 1917 by Harry C. Bentley as a School of Accounting and Finance. In 1968, it moved its campus from Boston to Waltham. In 2008, Bentley College became the Bentley University. 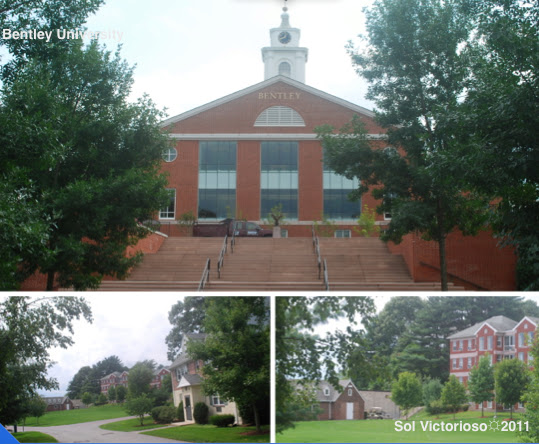 There were other schools which we would have wanted to visit but we were pressed for time.
Posted by sojournersol at 12:16 PM