I was glad that East Coast was part of our itinerary because I have always wanted to visit Boston. I already fell in love with the city even before I set foot on its soil.

From Buffalo, we took a Jet Blue flight to Boston. Then we proceeded to Hotel Buckminster where we would be billeted for the night. And surprise, we were upgraded to a two-bedroom suite facing the CITGO sign and the main thoroughfare of Boston. It is close to the Charles River, the Boston University, the Subway station and of course, the famous Fenway Park. The brick hotel almost takes the form of the triangular lot on which it stands in Kenmore Square. I love the old charm of this place with its carpeted floor in dark rich red, the wooden furniture in the rooms, the columns in the hallway, and even the elevator (with its slow speed and that familiar old chime when it reaches a floor). It allows one to imagine being transported to a bygone era. The hotel is an institution in Boston, it being one of the oldest hotels in the city. It was designed by Stanford White, the same guy behind the Boston Public Library. Hotel Buckminster also figured in sports history when it became the nest for the Black Sox Scandal which fixed the game of the 1919 World Series. In fact there is a plate attached to the lobby's wall which served as a reminder of the said scandal. On the other hand, the CITGO sign has been a beacon to Boston since 1940, a welcome sight to sports enthusiasts, particularly the baseball players and runners. And it has survived five hurricanes. 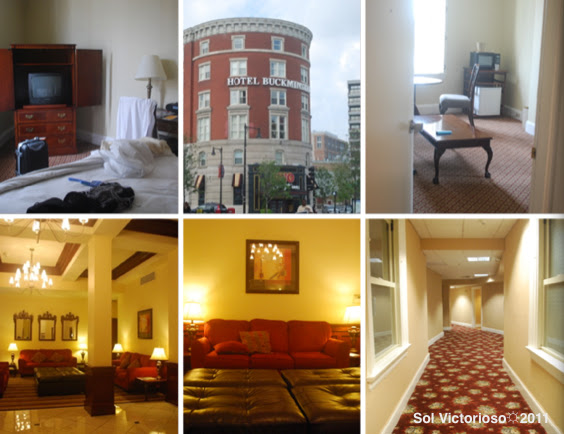 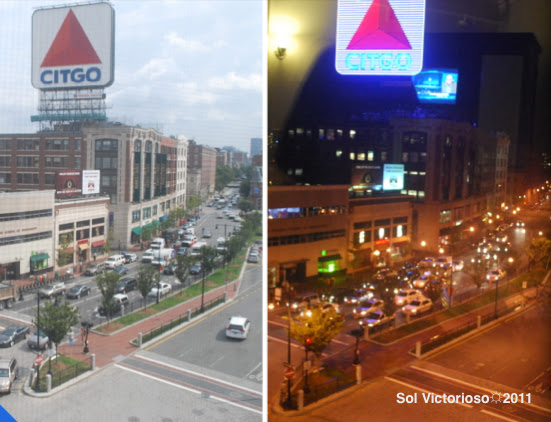 The CITGO sign which can be viewed from our room, daytime and night time.


While in Boston, we also visited the Prudential Tower and went all the way up to the Skywalk which offered a 360-degree view of Boston. 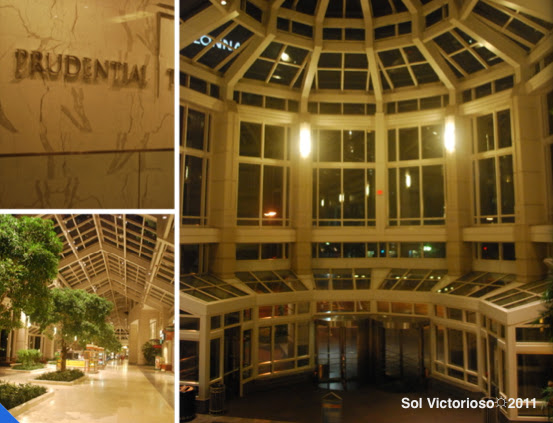 Interactive Gallery at the Skywalk 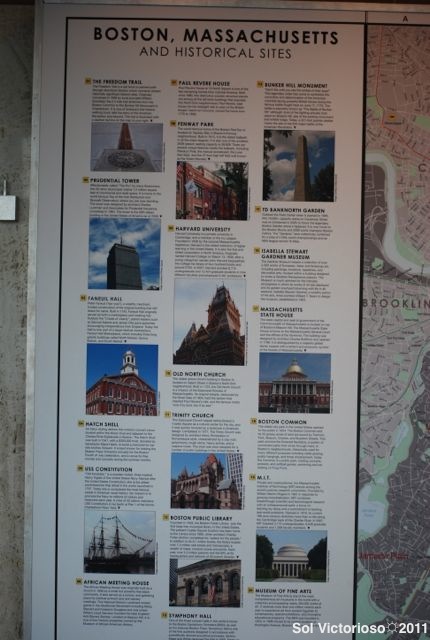 The view from the Skywalk: 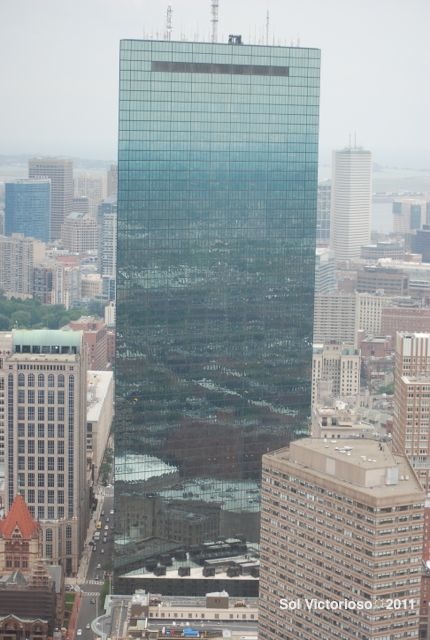 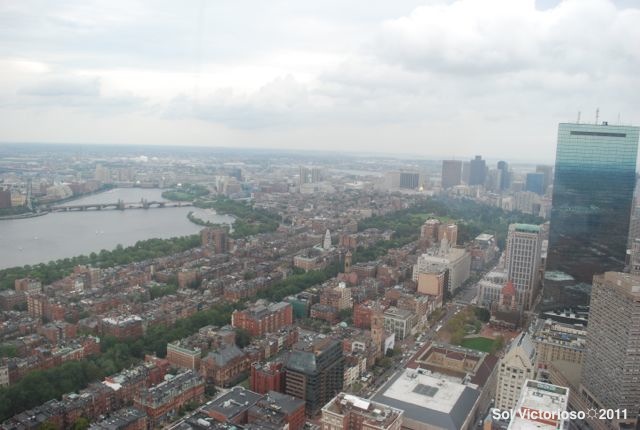 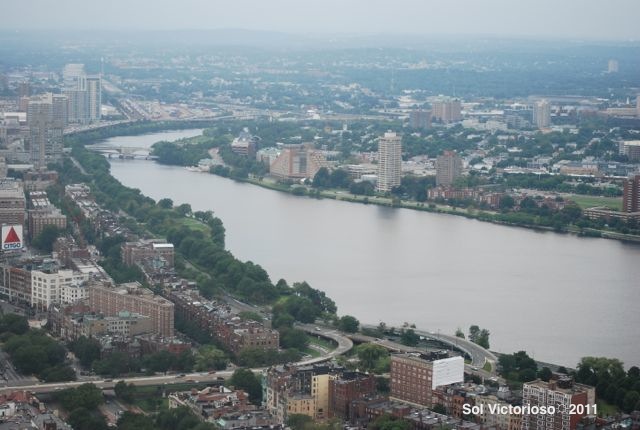 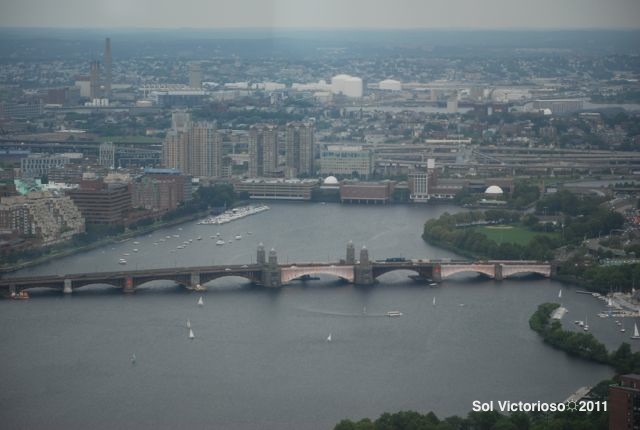 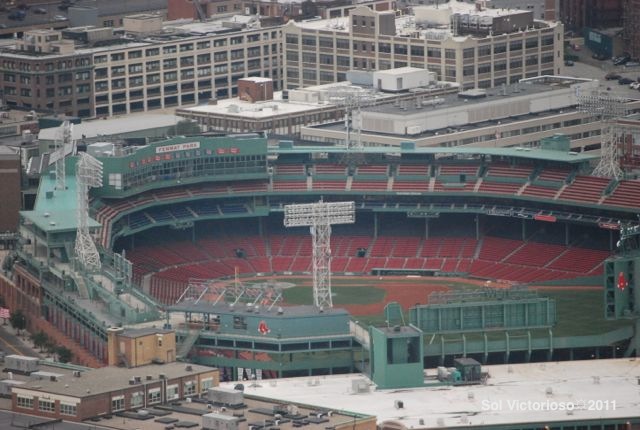 Fenway Park which is the home of the Boston Red Sox. 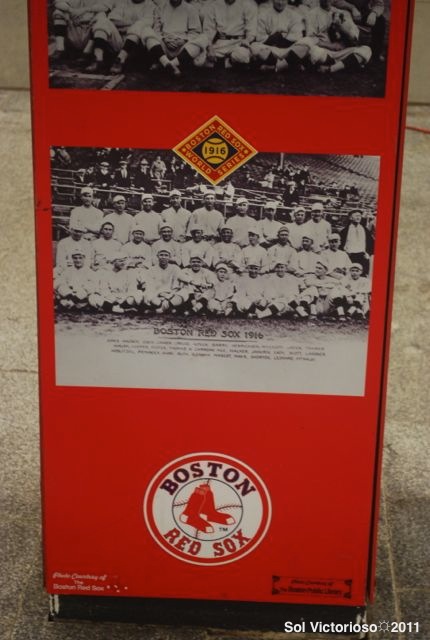 A Red Sox poster on their subway ticket machine. 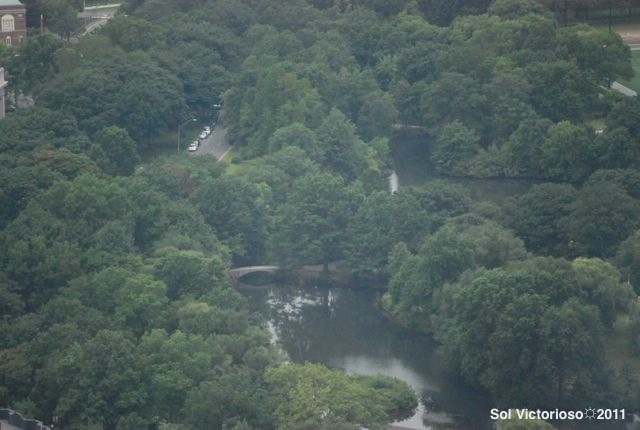 Isn't it so nice to have this oasis in the midst of a bustling metropolis?


A cure for the sweet tooth. Slices of Dulce de Leche, Hershey's Chocolate Bar and Ultimate Red Velvet Cake cheesecakes at The Cheesecake Factory located on the ground floor of the Prudential Tower. 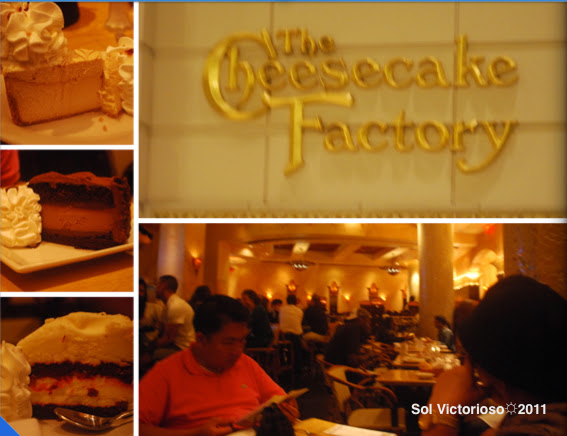 What I also like in Boston is that they have a good transport system so it isn't difficult to get around Boston. 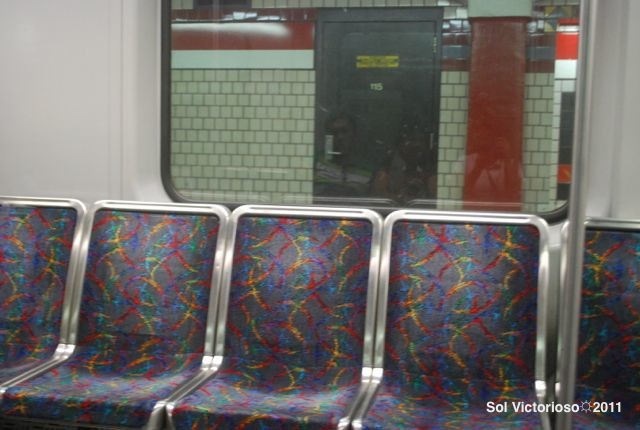 Inside the subway train.

One day stay in Boston is just way too short. This gives me the excuse of going back to Boston in the future, stay for a longer period of time and bask in the charm of the city and enjoy what it has to offer.
Posted by sojournersol at 9:10 AM