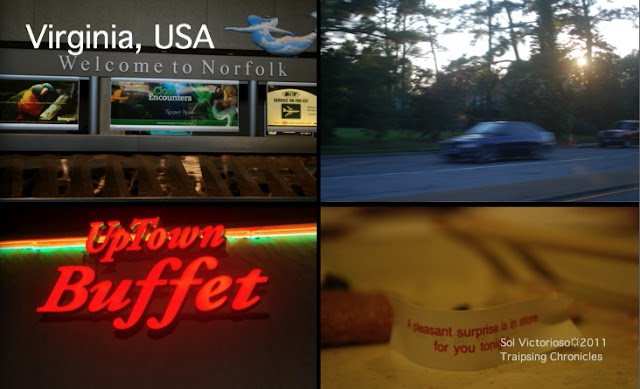 Virginia Beach wasn't originally in our itinerary.  But then, we learned that my mom's former boss, who is now based in Virginia Beach, just had a major surgical operation so we decided to visit her before embarking on the east coast journey.


We took Delta's red-eye flight, had a stopover and breakfast at Hartsfield-Jackson Atlanta International Airport and reached Norfolk International airport before noon. As we were descending, I took a peek from my seat and I liked the sight of trees and the body of water that snaked its way across the green expanse (a contrast to the drab airport environment in LA).  I also loved the presence of plants and light inside the airport. We were welcomed by Dr. Milagros Bacus and her family into their home, had a sumptuous seafood lunch and took a quick nap (being in three time zones in one day can be tiring) before we went around Virginia Beach.

Since we were pressed for time, we drove around Virginia Beach while catching up on six years of not seeing each other. It impressed upon me as a serene community with picturesque houses, manicured lanes and rows of trees. Virginia Beach is home to a number of US Bases and is close to the Atlantic Ocean.


We had Asian dinner at the Uptown Buffet and then explored the Oceanfront before turning in for the night. 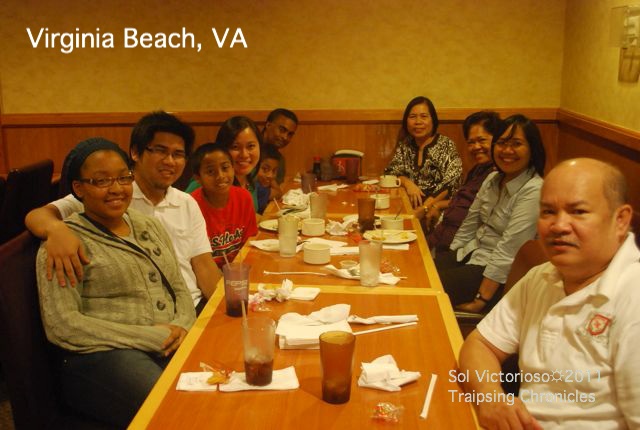 with the Bacus family 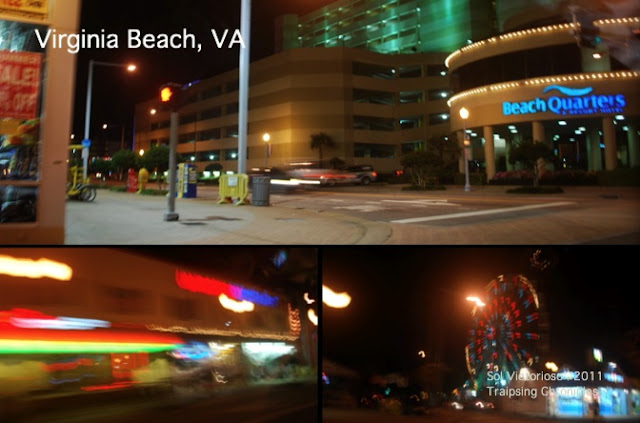 Should I find myself again in the US, I'd like to see more of Virginia and enjoy its scenic and historic cities.

Posted by sojournersol at 8:09 PM