Star-Spangled Journey: CA's Disneyland, For Kids and Young Once


This is my second Disney experience, my first time was at Hongkong Disneyland. But the magic isn't lost on me.

Our day in Disneyland in Anaheim, California started on Main Street by visiting The Disney Gallery and the Great Moments with Mr. Lincoln (Disneyland Story). Sketches and illustrations of Disney characters are on display at the gallery. Meanwhile, the audio-animatronics technology was utilized to relive the moments in history with honest Abe.


While checking out the framed items, I learned that Disneyland opened on July 18, 1955 with more than 50,000 guests in attendance. So that means the park has captured the hearts of young and old alike for fifty-six years now. And it wasn't just by random that Anaheim is home to Mickey Mouse and Donald Duck. The place was the choice of Stanford Research Institute after months of research. And the materials and equipment used inside the park? They were sourced across the United States, from Baltimore and Philadelphia to Nashville and Memphis and then San Francisco, Oakland and Sacramento.

From Main Street, we trooped to Tomorrowland and went on a submarine voyage with Nemo and his family and friends.

Then it was time to get back on dry land. We took a ride on the monorail and had a view of the park. 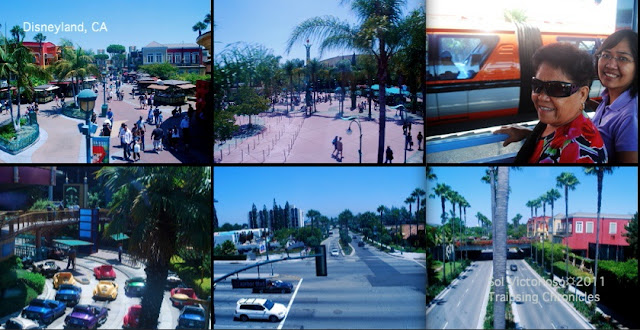 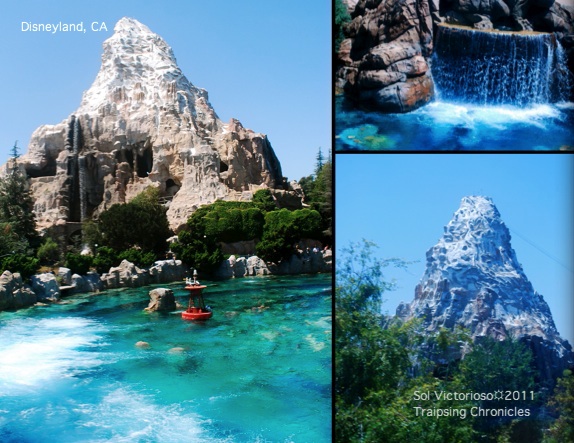 We needed a bit of excitement  so we boarded the Big Thunder Mountain Railroad, a ride in the wilderness of the wild west. But according to my mom, it definitely shook her vertebral column.

We had to relax after that heart-pumping ride by boarding the Mark Twain Riverboat. The vessel is 28 feet tall and 105 feet long and has four decks. For a quarter of an hour, we just lounged on the deck, savored the breeze and enjoyed the sights down the river. And by the way, Mark Twain, aside from being a pen name, also means that a vessel at safe depth in riverboat lingo. 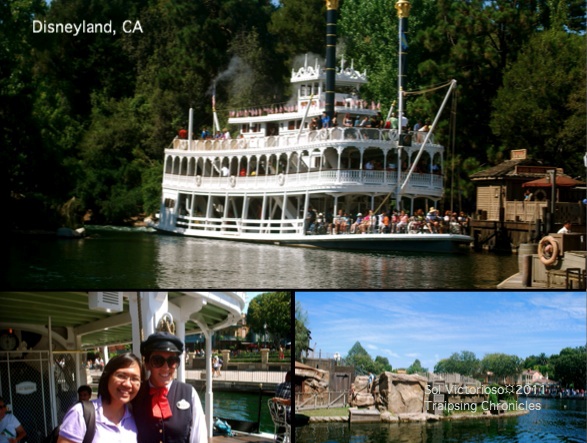 All Aboard the Mark Twain 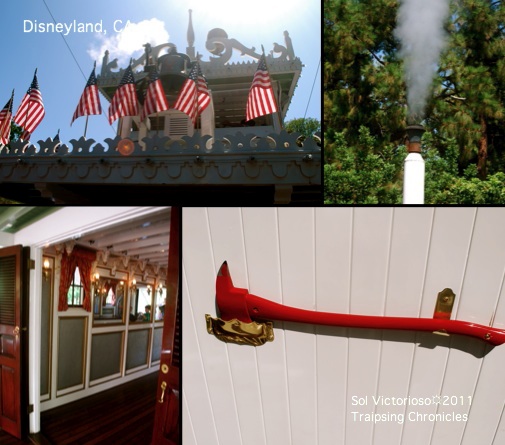 When we disembarked, we saw a crowd forming just several feet away. Curious, we moved toward the crowd and saw a comedy performance just outside the The Golden Horseshoe building. 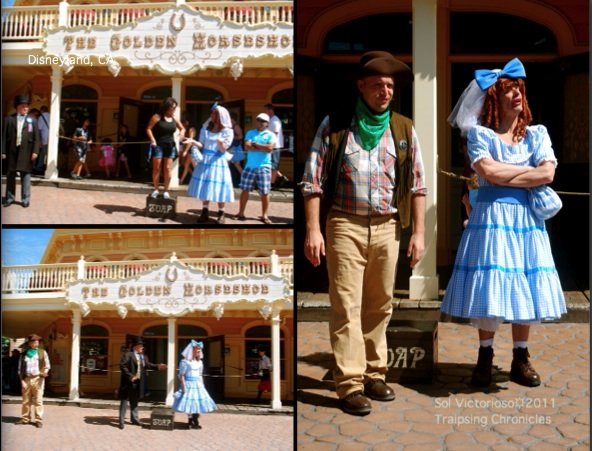 It started out with three cast members, the mayor, the mayor's daughter and the sheriff. Later, it became more interactive as they picked out members from the crowd to join them in their show. Each performer has a particular line to deliver. As a member is being added to the cast, then they also have to deliver their lines from the top. The number of members joining the performance equates to the number of times that they have to repeat their lines.

Then it was time for the most-awaited entertainment. I missed the parade in Hongkong and so I was excited to see the Mickey Soundsational Parade. 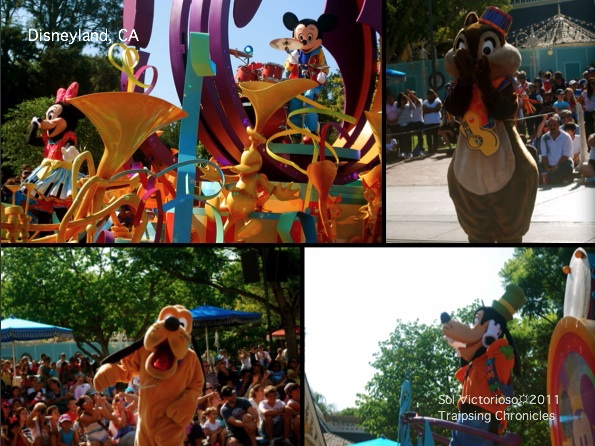 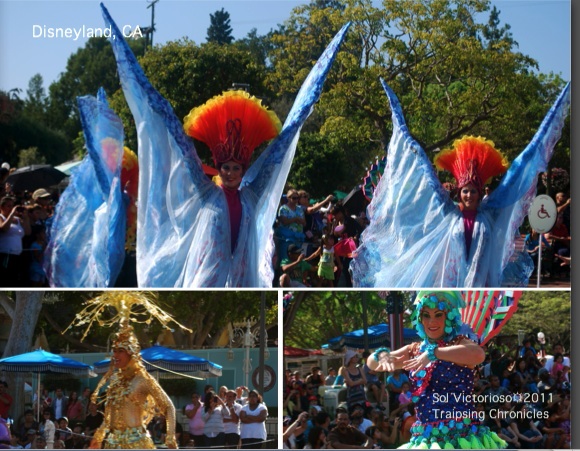 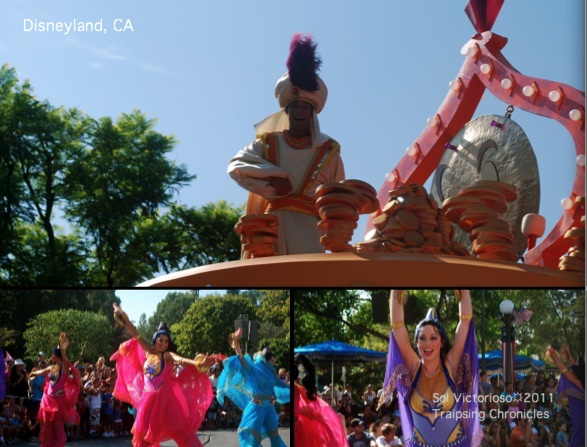 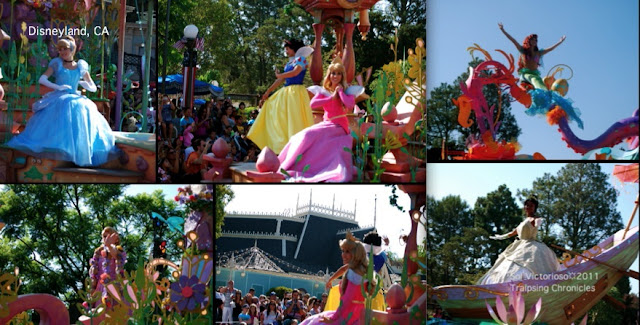 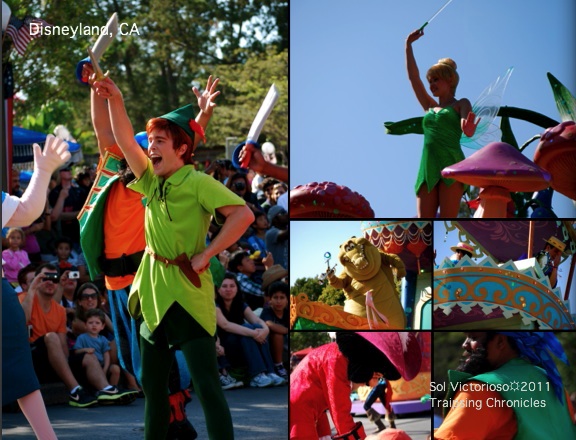 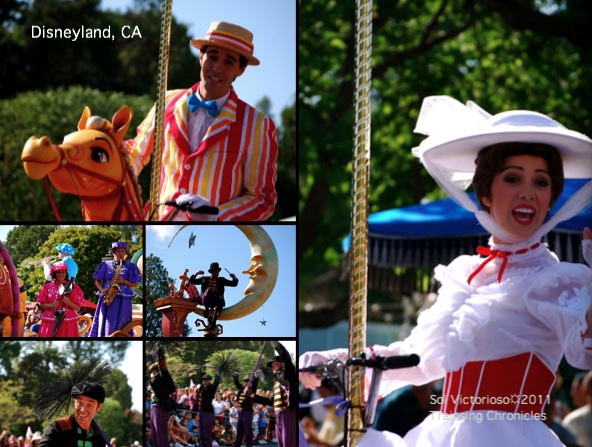 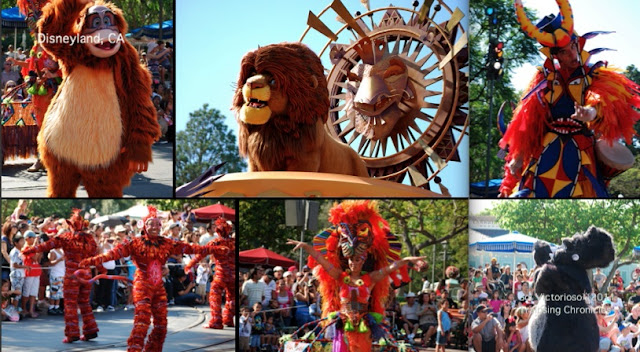 After the parade, we went back to Tomorrowland to be part of the force in the Star Tours. But the line was soooo long. Waiting time was for an hour. They also ran out of Fast Pass Tickets as early as 12:00 noon. So we decided to watch the kiddos being trained by a Jedi master. Later on, these young Padawans faced Darth Vader and the Stormtroopers. 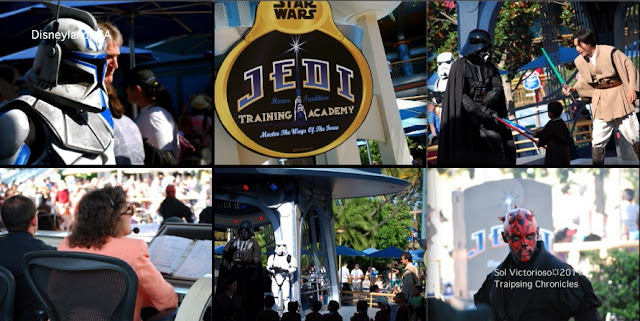 Up next was "It's A Small World." Just the perfect ride after being under the heat of the sun and standing in line for quite some time. Easy, laidback. The song almost lulled me to sleep. Inside the magical castle were dolls representing different races and people from the different continents across the globe. When we reached the Asian sector, I was on the lookout for any doll representing the Philippines or even a banner screaming Mabuhay. But I saw none or maybe my eye wasn't quick enough to spot them. But when we reached Hawaii, I saw an Imeldific-looking doll. Too bad, I wasn't able to take a presentable photo of it.

A trip to Disneyland won't be complete without meeting the famed charming rodent. We visited Mickey Mouse's house, explored every nook and cranny of it and then waited for our turn for a photo-op with MM inside the theater room. Finally after how many re-runs  of Mickey's shows, we were led to the studio and hammed it up in front of the camera with dear Mickey. 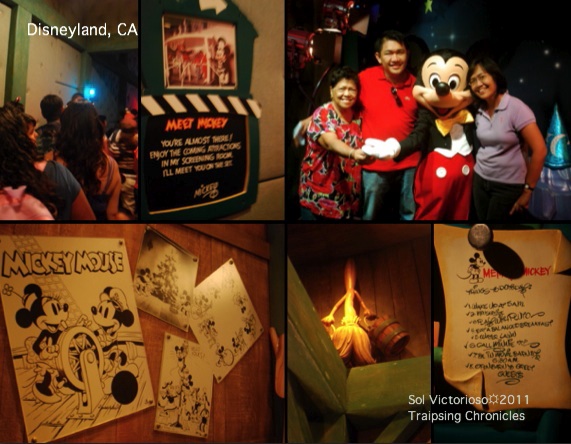 After that, we boarded the Disney Railroad for another ride around the park. Then we had our dinner of sandwich, corn on the cob and turkey leg and gave our bodies some rest while waiting for the next show.

Then it was time for "The Magic, The Memories and You." The castle of "It's A Small World" was transformed into a huge, colorful photo wall filled with Disney characters and the Photopass photos of guests taken that day. 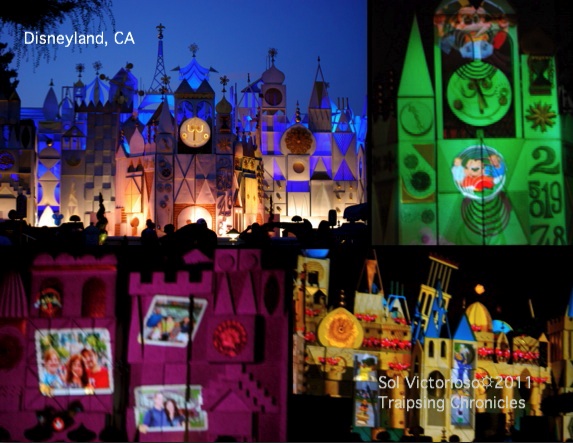 To cap the night, we watched the grand Fireworks at the Sleeping Beauty Castle. I loved the part where Tinkerbell made an appearance. The display was so beautiful, it definitely brought color to the dark sky and warmth on the chilly night. 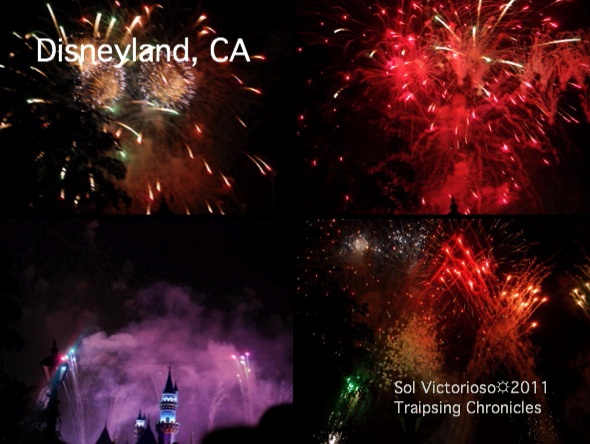 Disneyland is touted as the happiest place on earth. For those who'd like to make this as their next holiday getaway, I suggest you buy the 2-day or 3-day park ticket. And visit the park on a weekday. That way you'll get to ride all the attractions and enjoy the shows not just in Disneyland but also in the next-door Disney California Adventure Park, minus the rush, the long lines and the crowd. You may check out their website.

We may have missed out on a number of attractions (Pirates of the Carribean, Star Tours and Indiana Jones Adventure) and a show (Fantasmic) but we definitely we had fun. It was nice to be transported back to the world of your childhood even just for a day. And of course, a big thanks to the Baldado couple (Uncle Donding and Auntie Ida) for the Disney treat.

Posted by sojournersol at 11:02 AM

This is a place where we'll definitely take Luna someday! But since she's still very small, it will take years before we do. Makakapag-ipon pa :)

By the time when Luna is older, there'll be more attractions and entertainment shows for your whole family to enjoy. And by that time, ang laki na ng Disney savings niyo. Thanks for dropping by. :)