In Transit in the Land of the Morning Calm: Incheon, South Korea 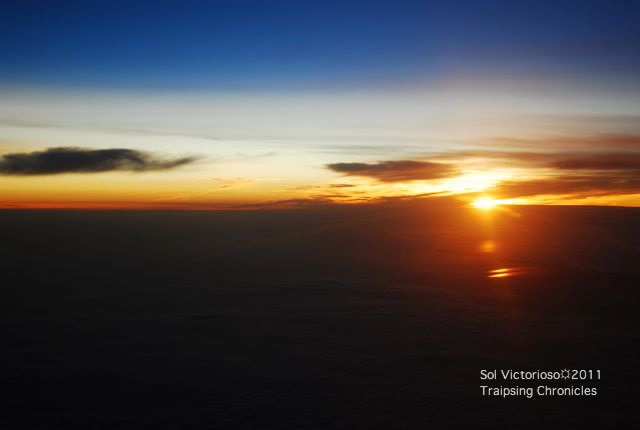 I'm still on my one-month vacation with too much backlog. So let me get started with this post.


My mom and I boarded a Korean Air flight from Cebu to Los Angeles with a stopover in Incheon. It was my first time to take Korean Air and I was impressed. Our assigned aircraft was an Airbus (as always, very roomy). The lithe flight attendants were cheerful and attentive to the needs of the passengers. (Prior to boarding, the cabin crew were huddled in front of the boarding gate, patiently jotting down notes on the prior requests and needs of the passengers.)  As they strutted down the aisle, they reminded me of fragile porcelain dolls in white and light blue. But they were also stickler for rules. Whenever the fasten seatbelt sign was on, they were quick as lightning in making sure that every single passenger was strapped to his/her own seat. Not even a bladder break can weaken their stance.

As for my personal space in the economy section, I had my own audio-video on-demand (AVOD) similar to QR Airways and had a fairly good entertainment selection including the latest Hollywood hits, a few European and Asian films, documentary and news, games, and audio books and channels. I also liked the individual coat hanger, usb port and electrical socket in my space.

Food and beverage selection was okay except that they didn't have apple juice onboard and the pineapple juice and orange juice were too sour for my taste. Breakfast was served an hour before we landed in Incheon. 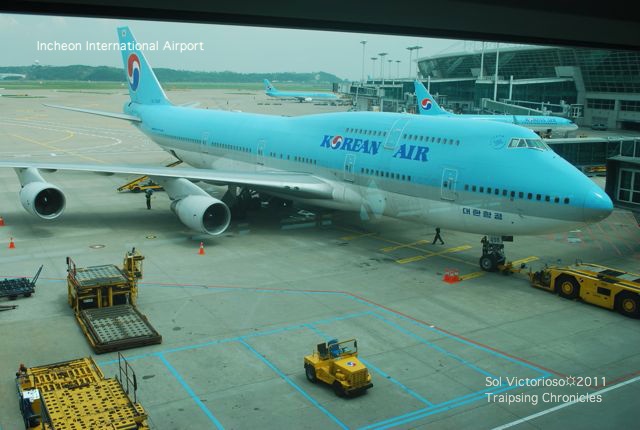 Travel time from Cebu to Incheon was four hours. Transfer took so long because of the security check and the bulk of passengers going through it. Finally, when we were done with the security check, we proceeded to the rest and relax area to get some sleep. 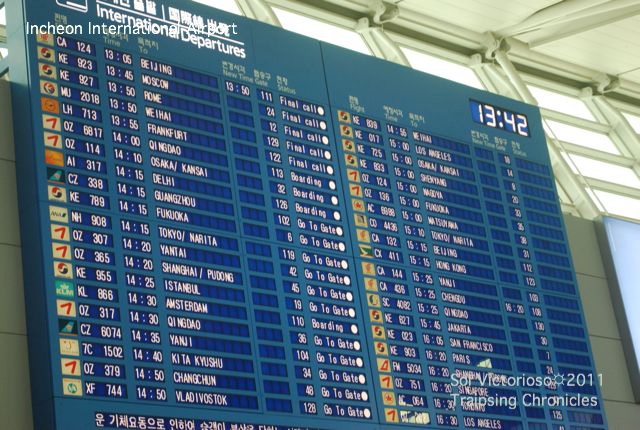 After we have recharged ourselves, we explored the airport. Incheon is really a nice place to waste your time while waiting for your flight. If you need to catch some sleep, there are several lounging chairs and armchairs. But for the works, you can check in at the hotel located within the airport. The airport has shower rooms to so you can freshen up and massage rooms to relieve the stress and body pains which one might have experienced during the flight.

Getting wired and having a dose of entertainment ain't a problem in Incheon. Wifi connection is fast and free. For those without laptops, there are several computers in the rest and relax area.

Restaurants, cafes, bookstores, and duty free shops can be found inside the airport. Rest rooms are located near almost every boarding gate. Plus there are drinking stations located near the rest rooms.

But what I really liked was the visit to the different cultural centers in the airport. Near the rest and relax area, one can find a display of the garments and paraphernalia used during a wedding. 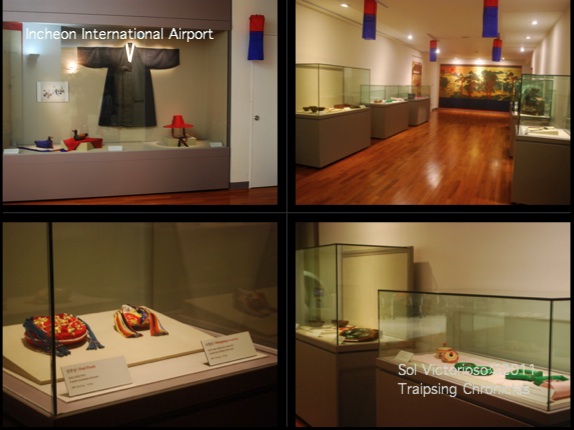 On the departure gates level, there are two centers. In one center, we donned the traditional costumes during the Joseon period and at the same time, learned about the games the royalties played during that period.

In another center, the passengers were entertained by Korean music. We also tried being artsy through art rubbing and using the Dancheong scheme (color scheme of the five basic colors used in Korean buildings in the olden times and was used to embellish the building frame, protect the surface from weathering and denote the hierarchy of buildings). 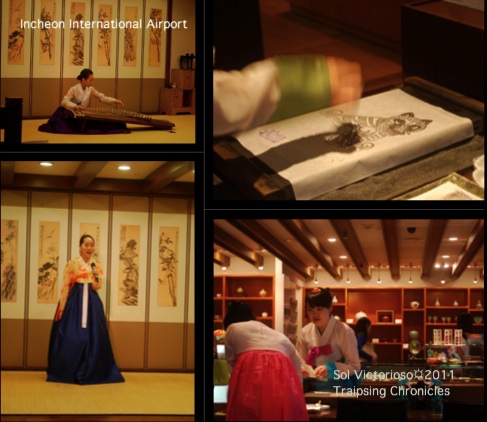 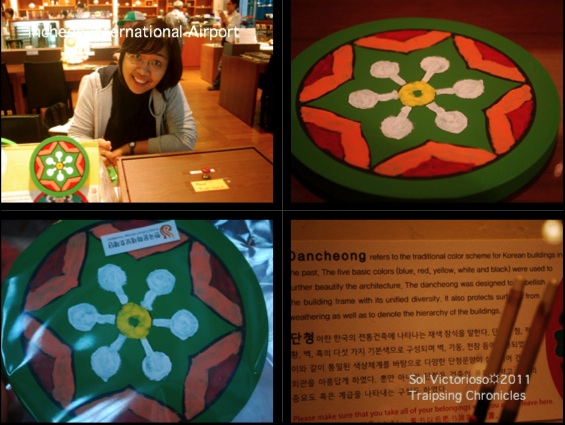 My work of art which I get to take with me for free.


To know more about Korean Air and their services, do check their website.

Posted by sojournersol at 5:59 AM