This entry is long overdue. It was supposed to be posted three months ago but then I got caught up with a lot of things in between, including another visit to this city.

Deemed as the Paris of the Philippines, Silay was once considered the center of the culture and the arts in this side of the country. It also boasts of having the most number of ancestral houses, forty-three (43) to date, according to the guide of the Jalandoni Ancestral House.

I had the opportunity of visiting Silay twice, first in October 2010 and the next trip came three months later. The first time in Silay, my mom and I took a van (Php 50.00 per pax) from the airport to Balay Negrense. We were entertained by Ms. Myrna, one of the tour guides of the ancestral house of Don Victor Fernandez Gaston and Ms. Maida Jison, the museum director. From our conversation with these two ladies, we learned that the house was built at the turn of the century. In the 70's, the house was abandoned by the family, slowly going to waste. In the 90's, a group of Negrenses decided to save this piece of gem from further dilapidation and restore it to its grandeous beauty. Now, this has come to be known as the House of the Negrenses. Some of the pieces on display are by the Gaston family, the others owned by locals and are now being taken cared of by the museum. 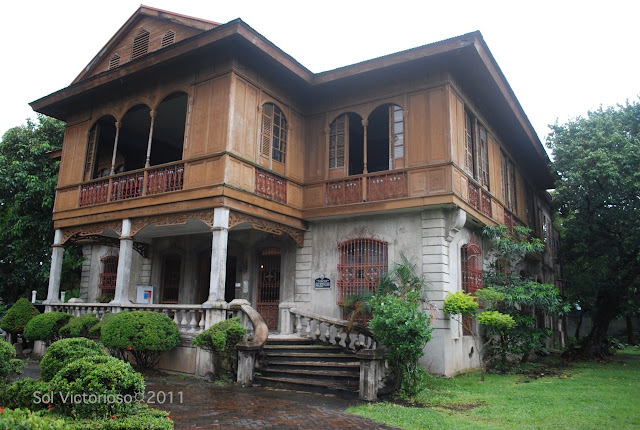 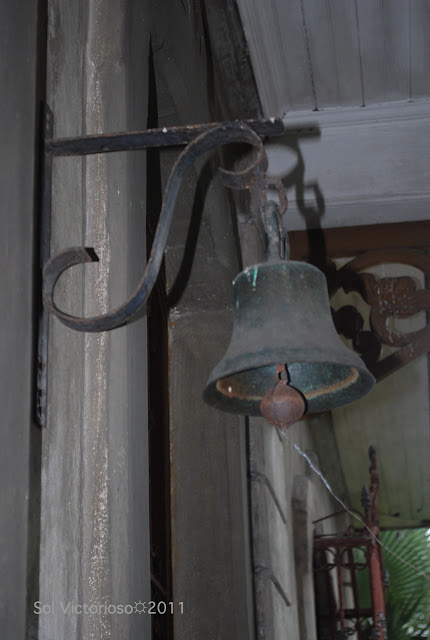 Ring the bell to announce that you have arrived at Balay Negrense. 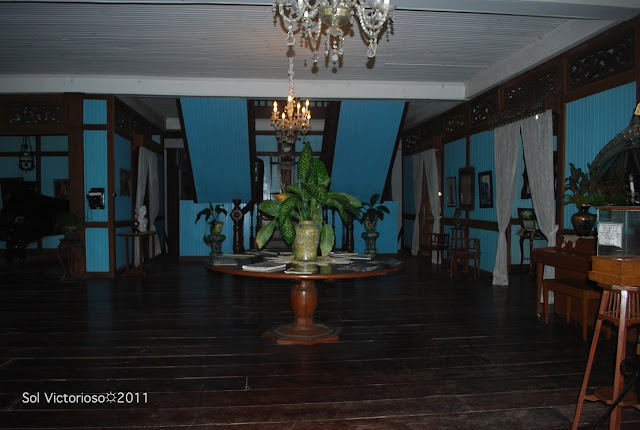 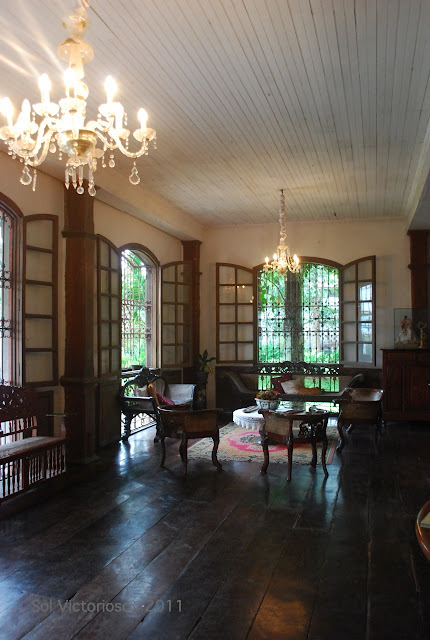 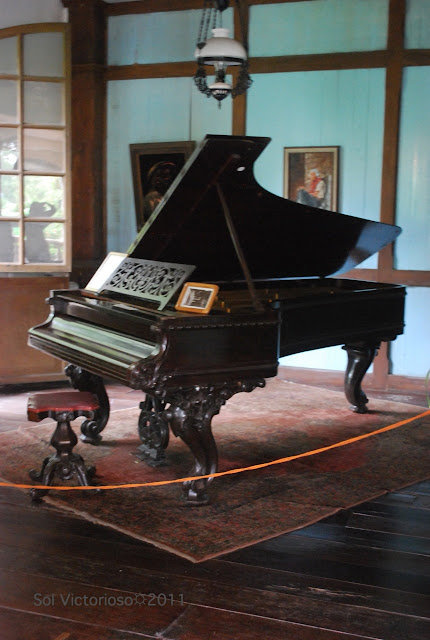 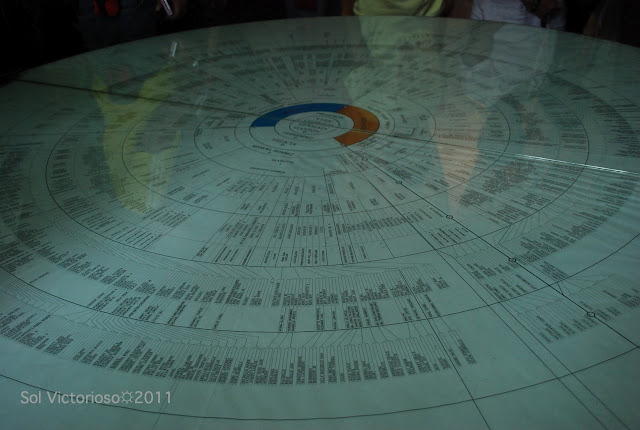 Instead of the usual family tree, they keep track of the family's descendants
on a table resembling the bark of a tree. 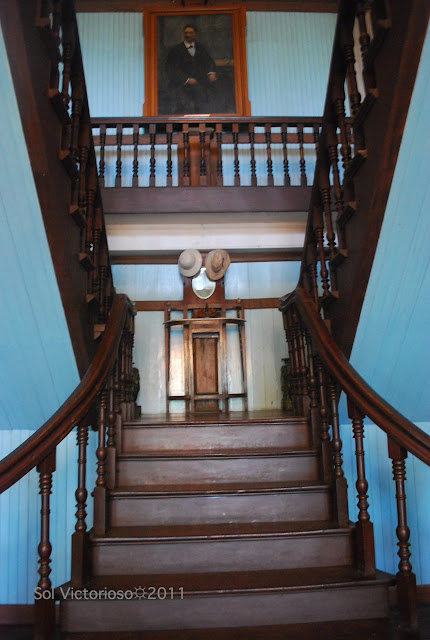 The double standard staircase.
The men take the right side while the ladies use the left portion of the staircase. 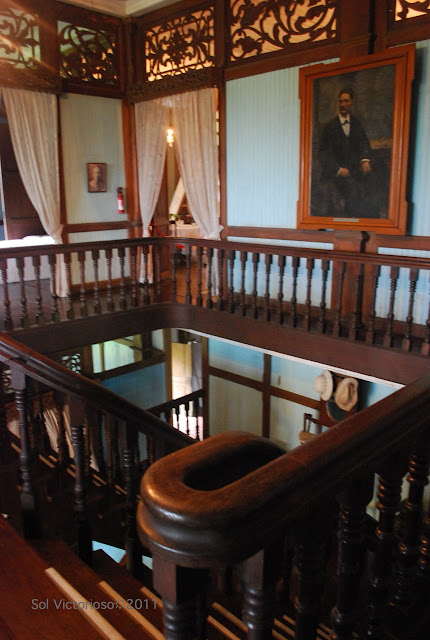 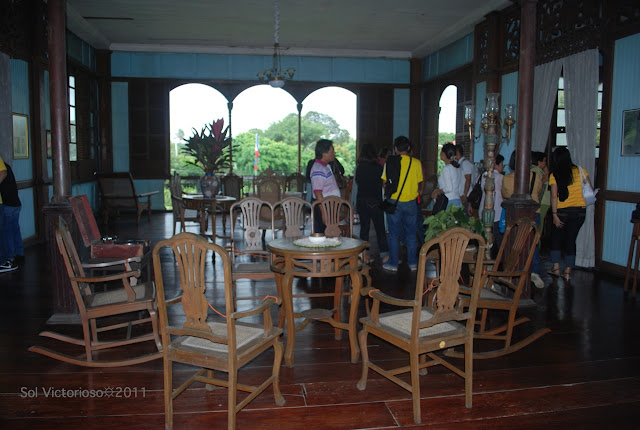 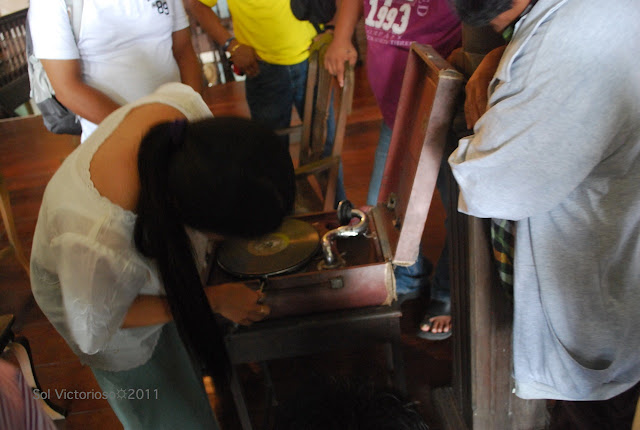 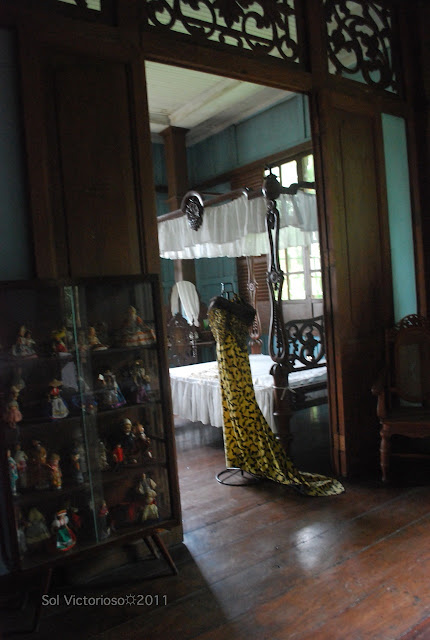 The bedrooms are connected by doors. 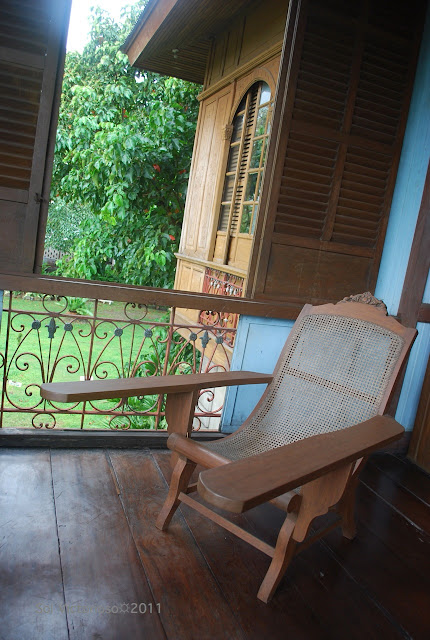 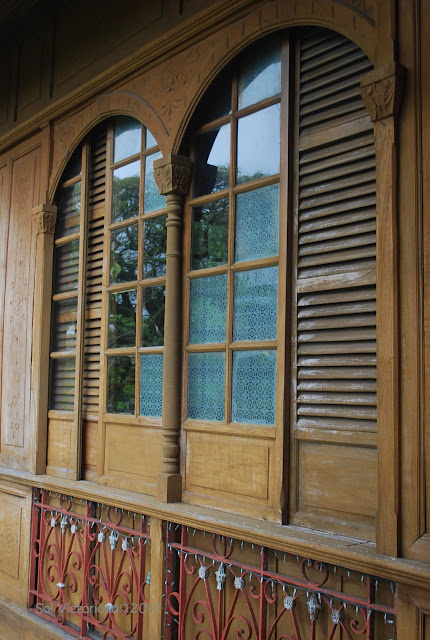 There are four panels, utilized depending on the weather. One serves as a shade from the heat of the sun, the next as a protection from the strong winds and still another panel from the rains. And the last panel completely shuts out the view. 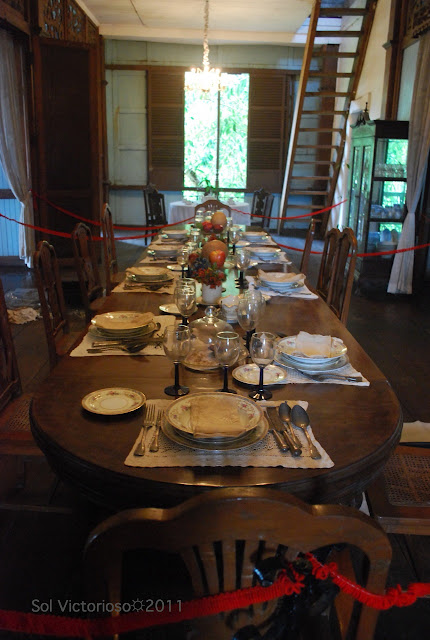 The dining table featuring 1st edition wares of Noritake .
The stairs at the rear leads to the roof garden. 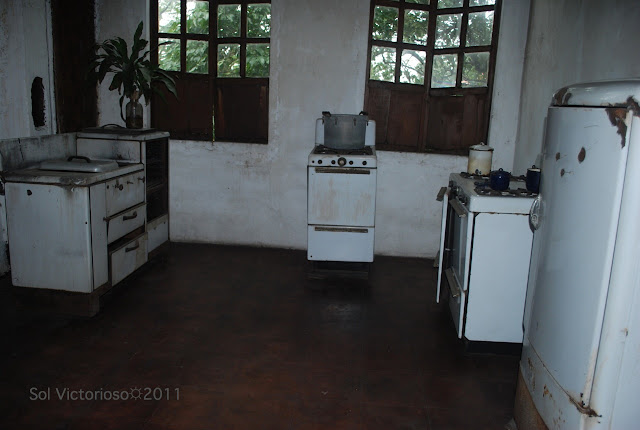 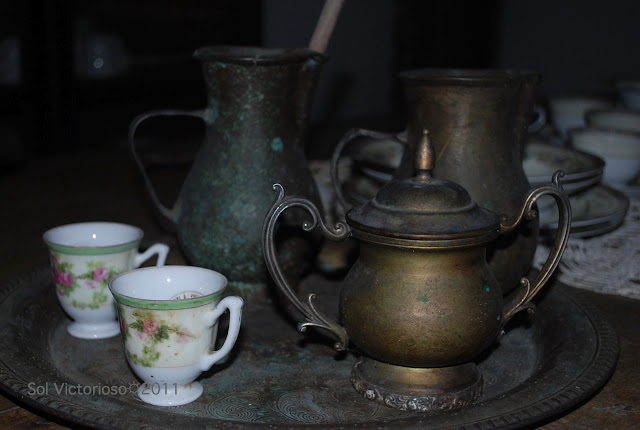 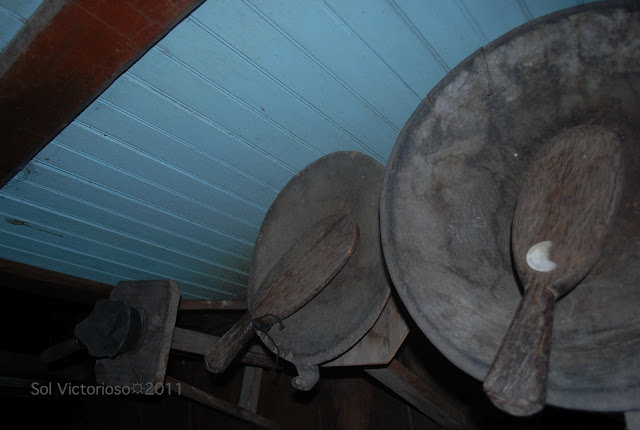 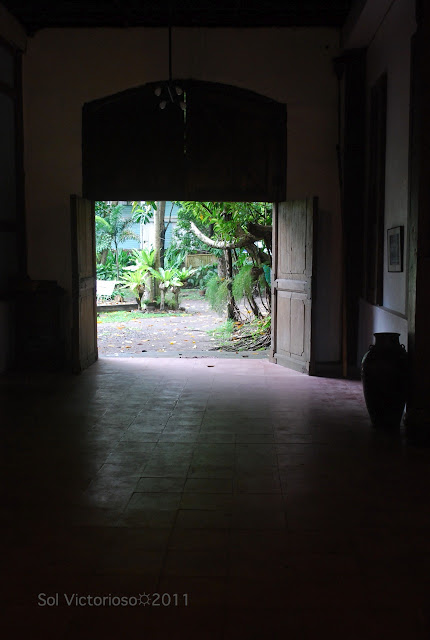 This was where they kept their carriages. 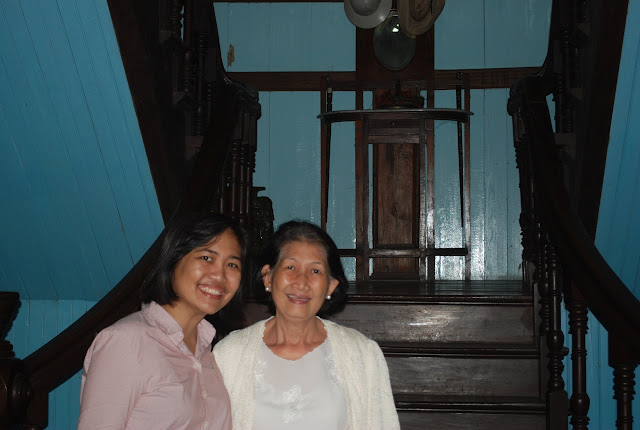 We meet again. With the tour guide Ms. Myrna, taken during my last visit to the house. The street fronting the Balay Negrense is called the Cinco de Noviembre. At the corner, there once stood a pharmacy which was vital in the revolution against the Spaniards. The Spanish governor surrendered after seeing the revolutionaries (coming from Silay and Bago and moving towards Bacolod) armed with rifles and cannons when in fact the latter were carrying with them palm fronds and painted rolled mats. And this happened on the 5th of November, hence, the name of the street and the annual celebration in Silay. A diorama inside Balay Negrense depicts the said revolution.

During our first visit, it was almost noon when we were done touring the Balay Negrense. We had lunch at Sir's. Then we made our way to the Jalandoni Ancestral House, an abode which is still very much intact and looks very much the same since the day it was built. It houses a wide collection of dolls, an old violin and piano and for the legal minds, the family has a collection of the MANRESA.

From the Jalandoni House, we proceeded to the San Diego Pro-Cathedral and then took a stroll around the city. It was a time warp with all the old houses minus the cobblestone pavements.

Too bad, all of my photos during my first trip to Silay were contained in my corrupted memory card. And I never had the chance to visit the house again the second time I was in the city.

And while in Silay, we also checked out El Ideal, the oldest bakery in the city, which serves panara (much like bean sprouts empanada) and the famous guapple pie. This bakery cannot be missed as it is located along Rizal Street near the BPI branch. 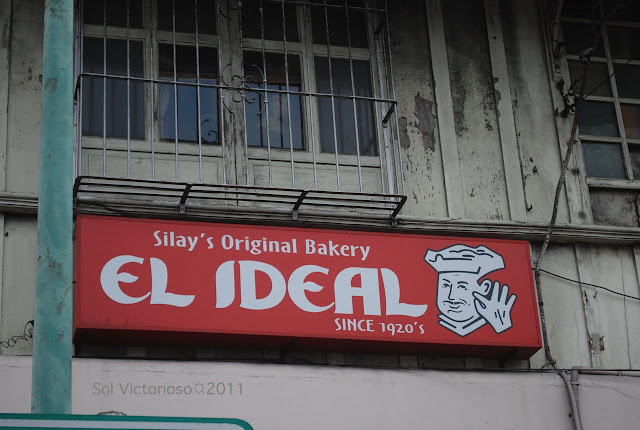 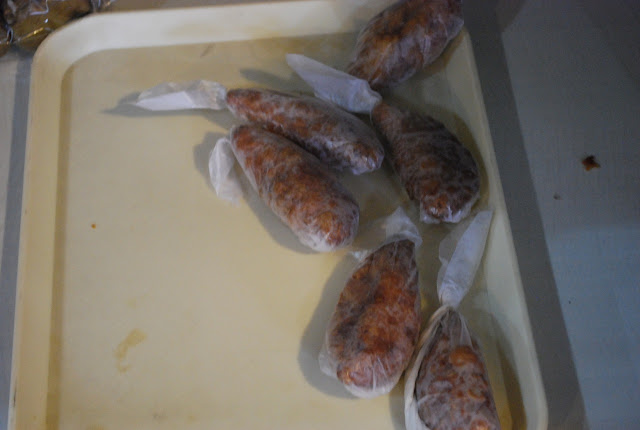 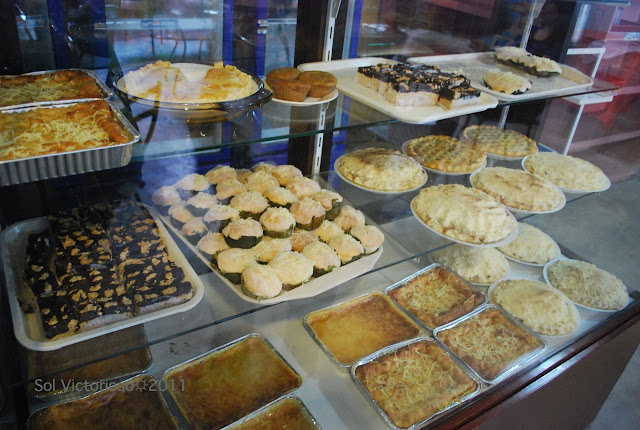 Guapple pie, tarts and other pastries on display

After feeding our minds and tummy with all that Silay has to offer, we took the jeepney (fare: Php 13.00) to Bacolod to join in the Masskara revelry.

hmmm... mapuntahan nga to the next time i visit bacolod. :))