The Ruins in Talisay City


Right in the middle of a vast sugarcane plantation stands a stately structure which has seen grander days but has been reduced to what is now called The Ruins.

The Ruins is what is left of the mansion owned by Don Mariano Ledesma Lacson. It was built after the death of his wife Maria Braga. It became the home to the unmarried children of Don Anoy. The posts and walls were made of A-grade concrete giving a marble-like feel to the structure. And the initials of the couple served as designs on the posts. Thick hard wood measuring 1 x 20.5 meters long were utilized as floors. And talking about green architecture, the canal-like gutters transported the rainwater to the steel pipes and the collected water was utilized in the washing of clothes. 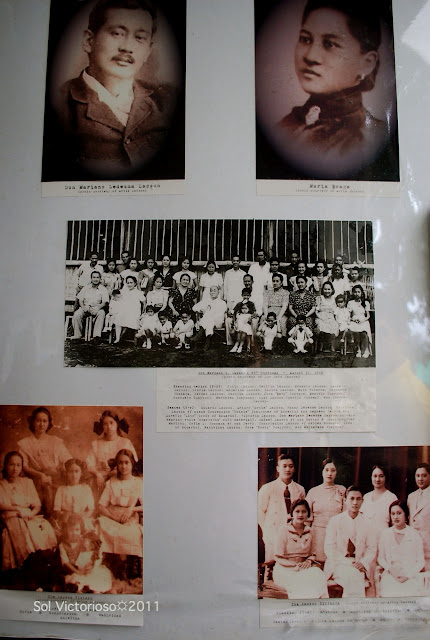 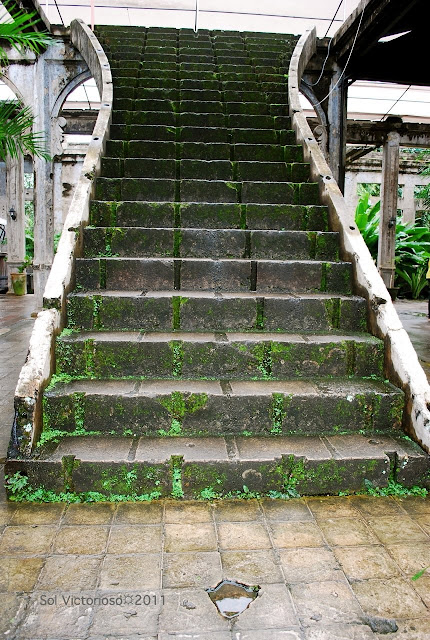 What used to be the main staircase 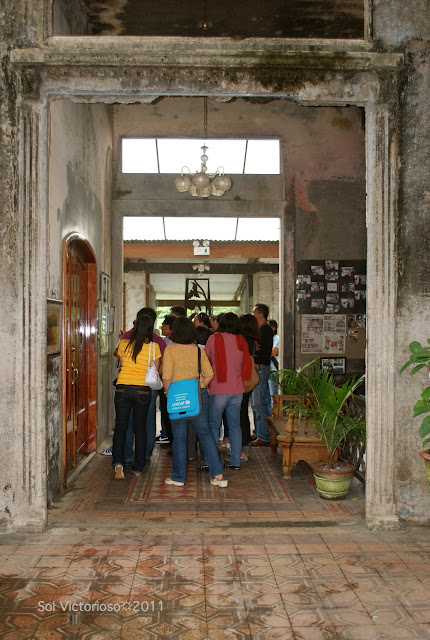 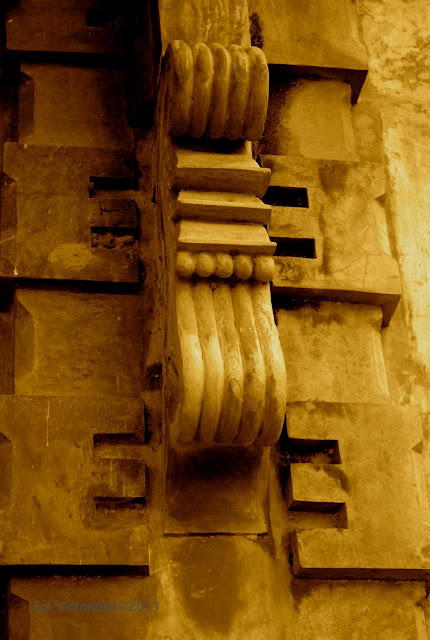 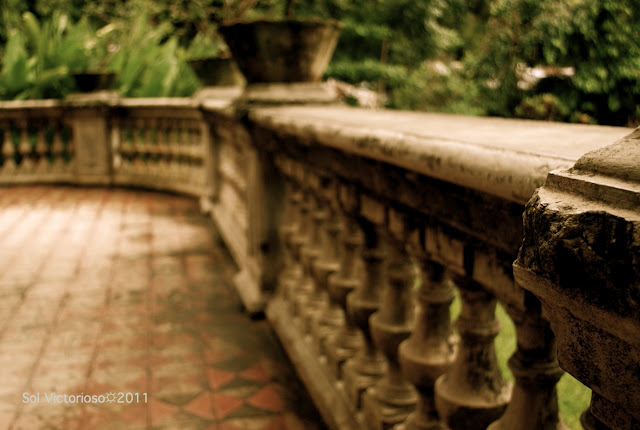 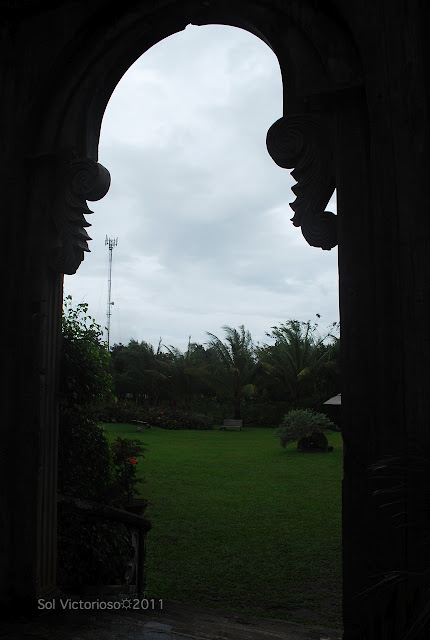 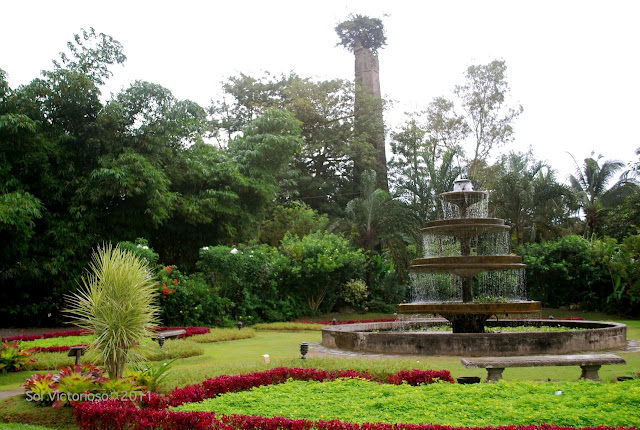 But then World War II came. In order to prevent the Japanese forces from using it as their headquarters, the USAFFE burned down the mansion by mixing drums of gasoline and used oil. The house was in flames for three days. 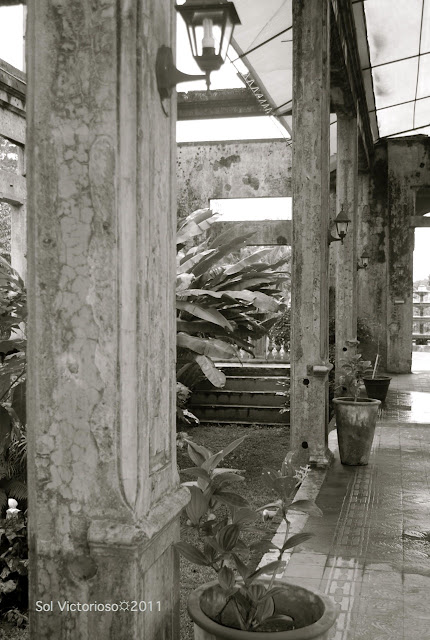 Now, The Ruins has become a favorite locale for pre-nuptial shoots because of its rustic and melodramatic feel. And on a very fine day particularly at 5 o'clock in the afternoon, the structure shines in golden splendor. 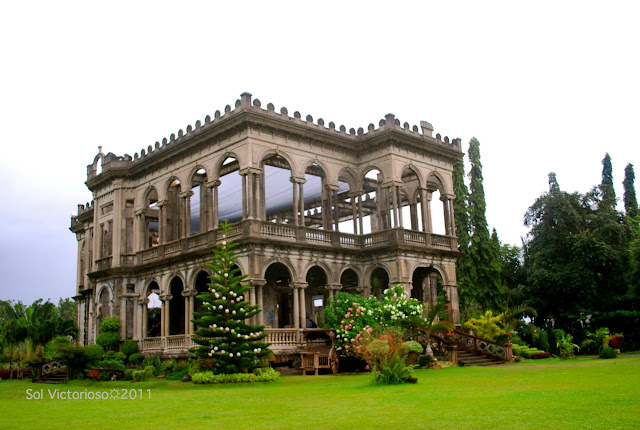 Despite the afternoon rains, the tour at The Ruins was fun and definitely a laugh trip, thanks to our animated guide and photographer Roger who interspersed the historical account of this place with so much humour. 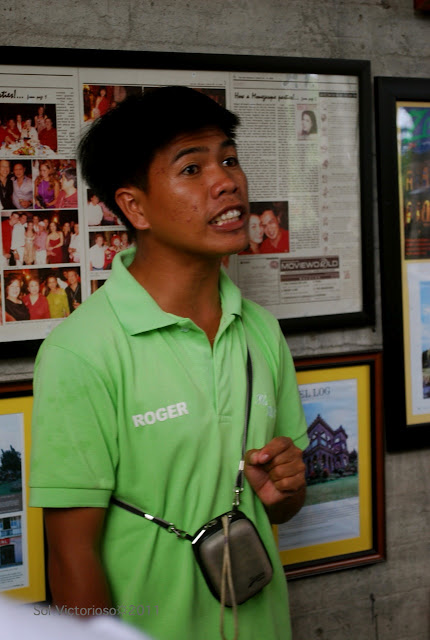 How to get there: The place is really off the main road. Since I was with a big group, a jeepney took us there. You can take a cab or a tricycle. I remember passing through a residential area before emerging in a narrow dirt road leading to The Ruins.
Posted by sojournersol at 10:48 AM