I finally got to try the Rolling Ball a couple of weekends ago in Minglanilla, Cebu. Unlike the Zorb Ball in Davao which goes down a big mound of earth, the inflated ball at the Tubod Flowing Waters Resort rolls down a lane built inside a warehouse-type structure. 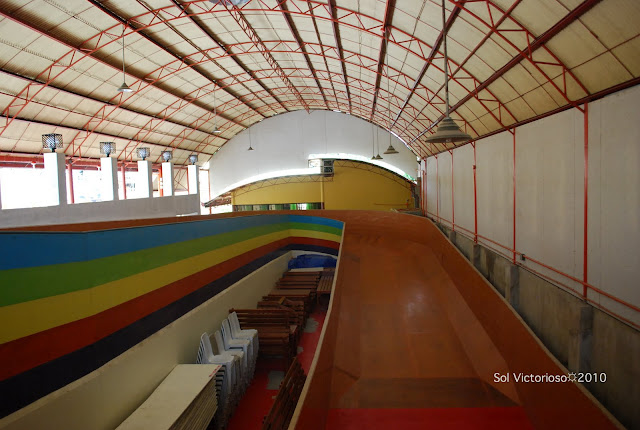 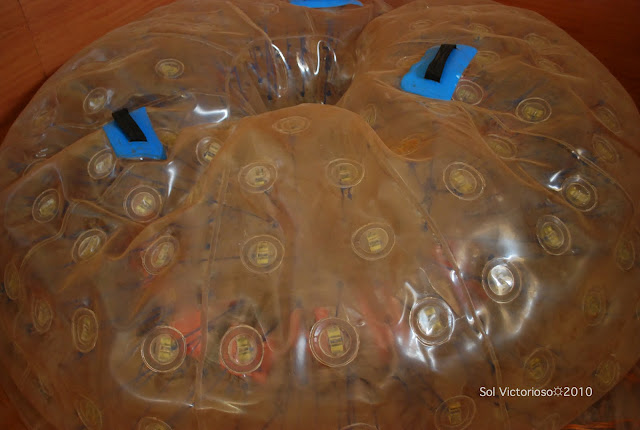 While the mass of plastic was being inflated, we were given the preliminaries by the resort staff. Riding the rolling ball must be done in pairs. Preggies are not allowed (obviously!). The ride is likewise a big NO for the faint-hearted and those tipping beyond the 170-lb. mark on the scales. And the last tip was to enjoy the ride on an empty stomach. 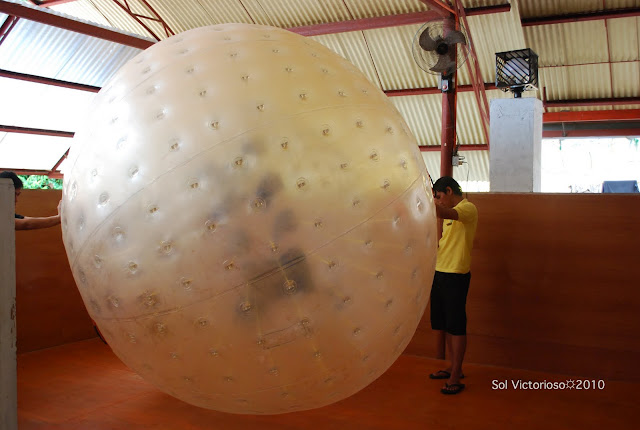 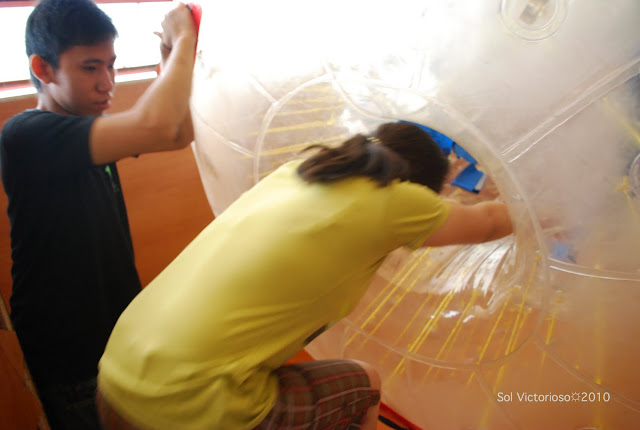 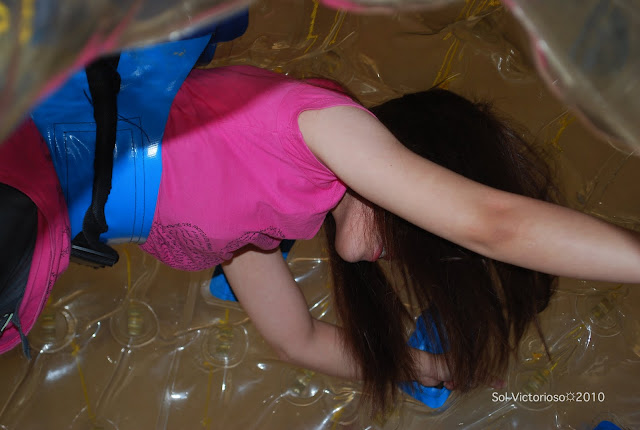 When the inflating of the ball was done, the first pair (I was part of the third pair) in our group took the plunge. After several minutes, my turn came. I went inside the ball via a hole on the side. My waist and feet were strapped while my hands held on to some material. I felt like being strapped on a spinning wheel usually found in the carnivals. When they were done securing me and my partner for this ride, the resort staff pushed the ball down the lane. Everything around me went round and round and round. I just had to scream to release all the excitement and fear. I was like a raffle coupon inside a cushioned tambiolo waiting for that moment for the spinning to stop and finally get out of that dizzying world. 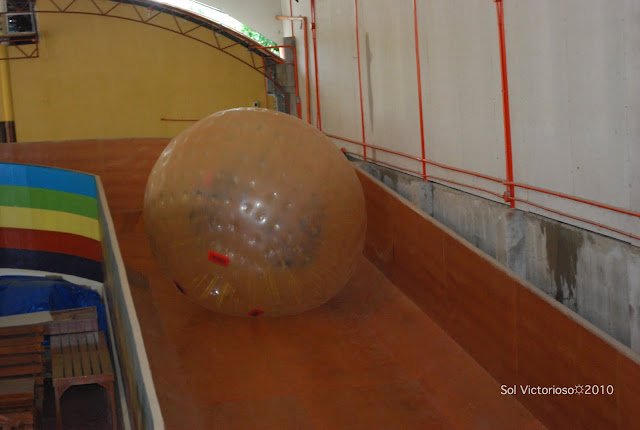 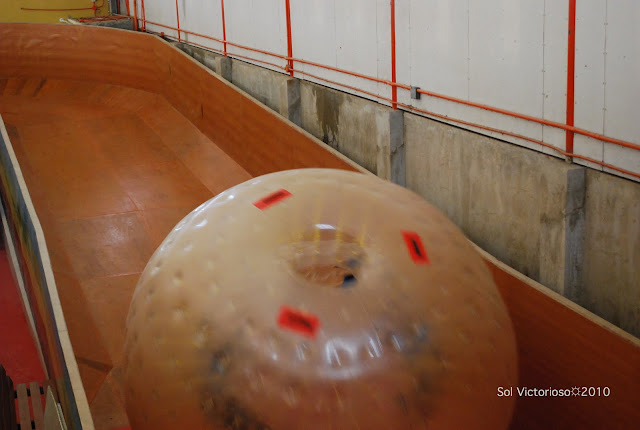 I am not so keen on taking another rolling ball ride. And that last tip came in handy; otherwise, you’d puke during or after the ride. The ride costs Php 50.00/head. If you booked a room at the resort, you get two free ride passes.
Posted by sojournersol at 2:39 PM