Dumaguete: Of Sands and Corals and Gentility


Dumaguete City is home to Silliman University, the institution that served as refuge for my Dad and cousins during their college and high school lives, respectively. It could have been witness to my adolescence had the plans of pursuing my high school studies there not been shelved. 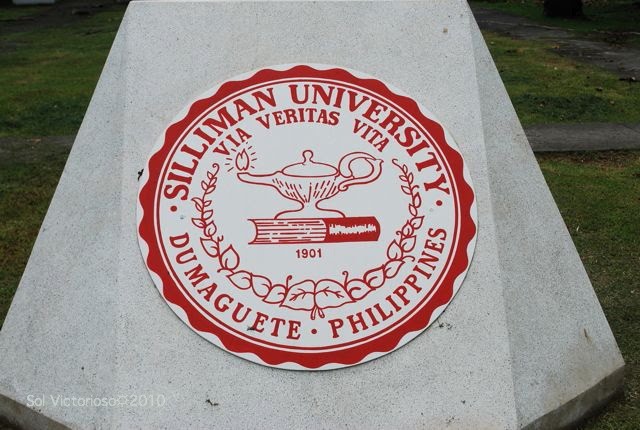 A week before the Founder’s Day Celebration, my family and I had a whirlwind vacation in this “City of Gentle People.” This was my second visit, having been here a couple of years ago for the Thanksgiving of my ALG partner-in-crime.


We boarded the Cokaliong ship which took forever, I mean seven hours to get to Dumaguete from Cebu City. We were met by heavy rains when the ship docked in the wee hours of morning. Joey Utzurrum, the above-mentioned PIC, met us and we walked all the way to their house inside the Silliman campus. Joey and her parents (as well as the cuddly canines) welcomed us to their Langheim abode. After a few chitchat, we hit the sack.

Morning came. I thought we would have the chance to sample the famous Utzurrum bacon (a masterpiece of Joey’s Dad) but then they were not able to get their hands on the choicest cut. So I had to reserve my craving till the next visit to the Utzurrum household. After breakfast, we toured around the campus. Our first stop was the Library and the Toblerone followed by the Luce (the Cultural Center of the Philippines in Dumaguete) which was a stone’s throw away from Joey’s place. As we were strolling, we saw workers building cottages and booths for the upcoming Founder’s celebration. Too bad, I never got to take part of the festivities. When he was alive, it was a dream of Daddy to bring the whole family to Silliman during Founder’s week. But he never got to do it because the adults were busy with work and us kids were swamped with periodicals during that time of the year. 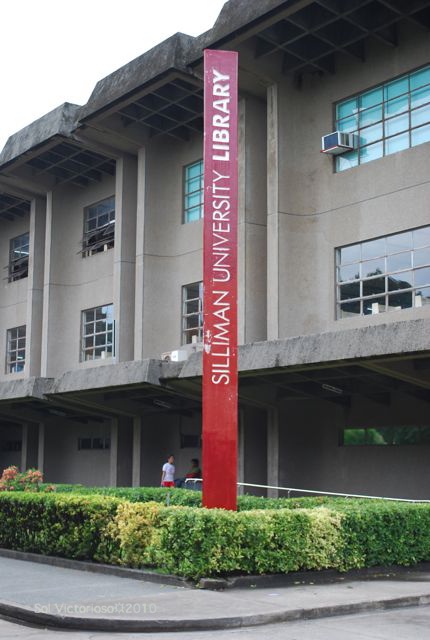 The Toblerone and the Library 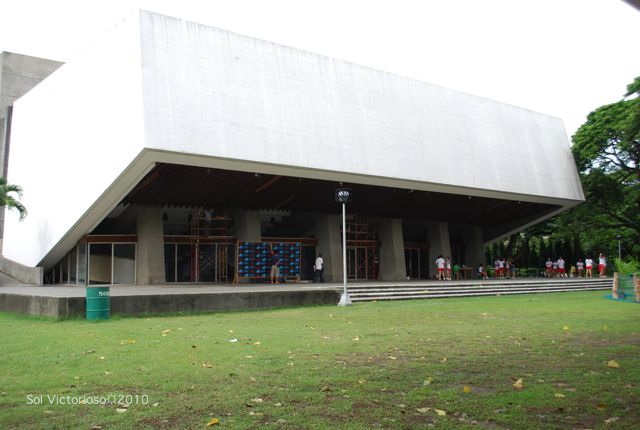 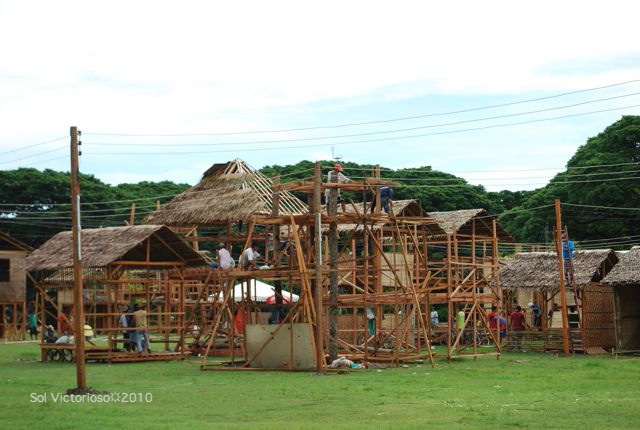 setting up booths for the Founder's Day celebration

We passed by the pool and the dormitories and then took the road that led to the field. We trodded on to the Medical Center where we were admonished by the guard because taking pictures of the hospital was not allowed. We were flabbergasted, especially Joey, because we didn’t know that such rule existed.

From the Medical Center, we went back inside the campus and took photos of the Law Building (which was painted in a shade of violet), the amphitheater, the SU church, the Hibbard Hall, the benches and the tall, strong, centuries-old trees. An unobtrusive view of the sea can be had from the SU church or the amphitheater. 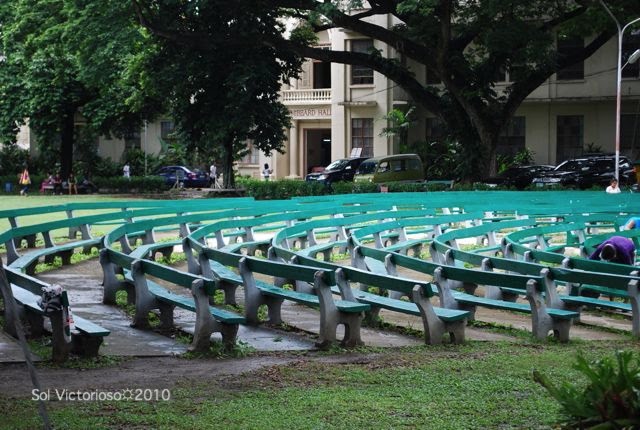 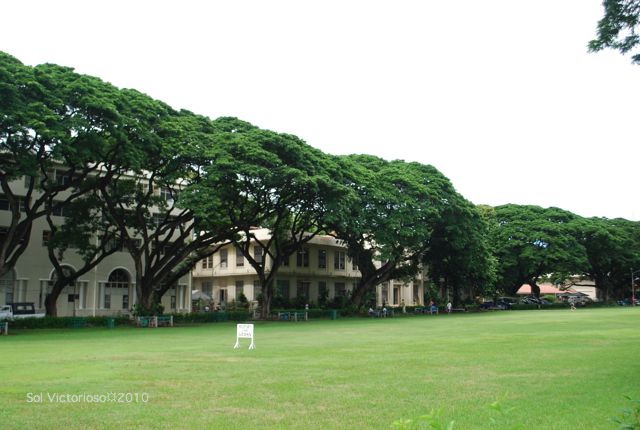 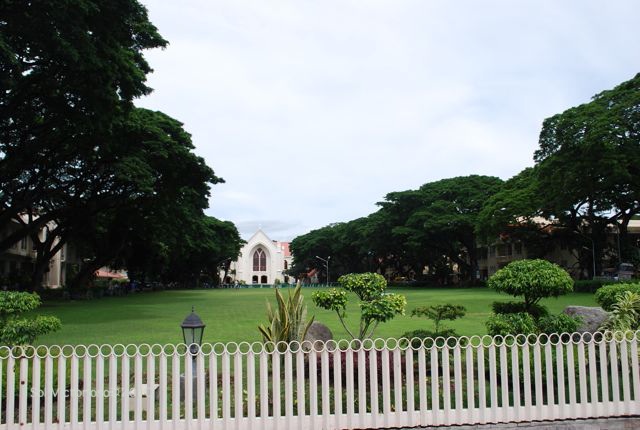 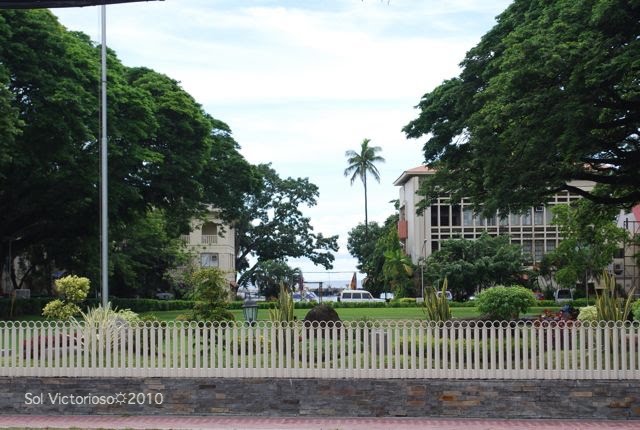 We crossed the road and walked towards the Alumni Hall. We checked the various issues of Portal. Sadly, the 1963 volume (which we hoped had Daddy’s portrait in it) wasn’t on their shelf. But we found my cousin’s picture in the 1975 edition. After a chat with the staff of the Alumni department, we proceeded to the Silliman Hall which houses the museum. This was the first building of the Silliman Institute and to this very day, still stands as witness to the students who pass through the portals. 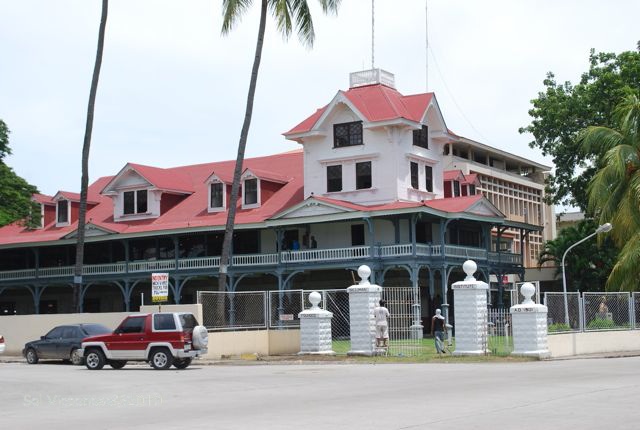 Merienda time. A visit to Dumaguete won’t be complete without stopping by the famous Sans Rival. We ordered sans rival and the to-die-for silvanas. 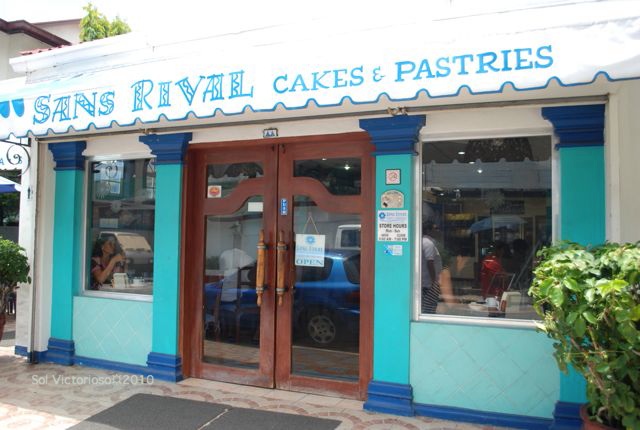 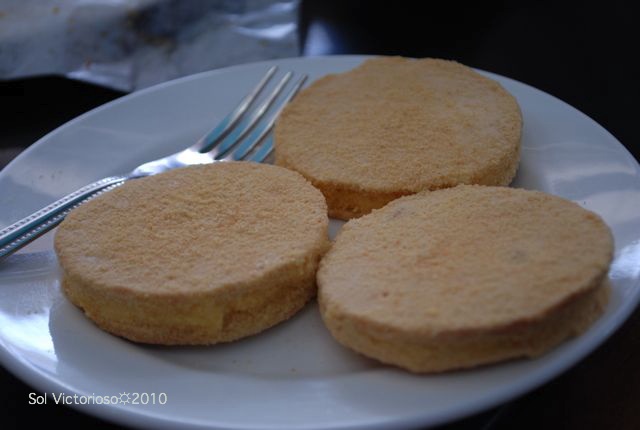 With our sugar fix solved and my craving for silvanas satisfied, we rode the pedicab (actually it’s a big tricycle) to the Silliman Farm. Joey told us stories of days gone by when students would be rushing from the main campus to the farm and back just to catch their classes. She also showed us the grounds where she and her siblings used to bike and play. Their playground extended all the way to the runway. Yes, the farm is close to the airport. 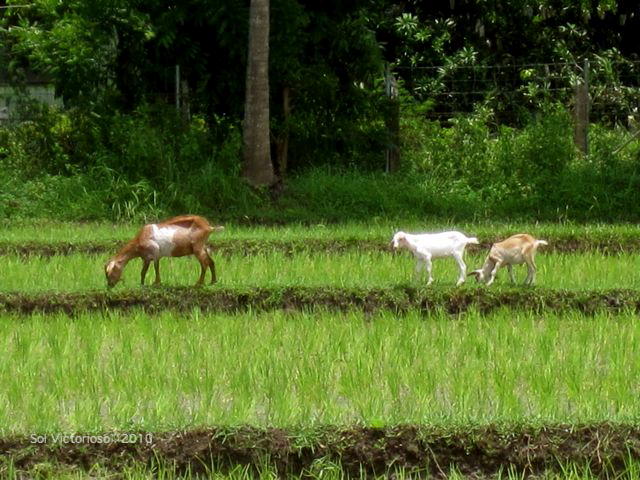 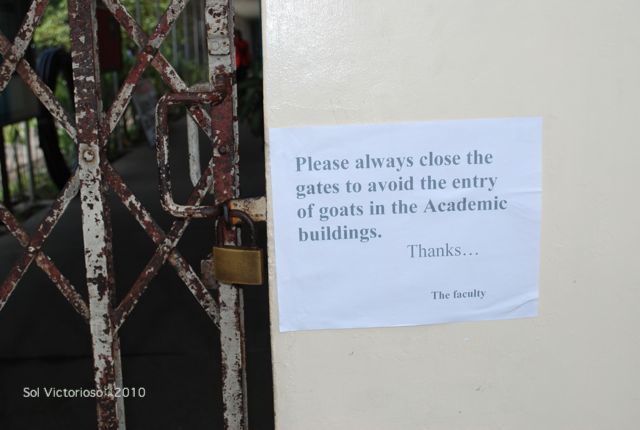 Ricefields and goats at the Silliman farm

High noon came and it was time for lunch. We headed to Lab-as restaurant where we had broth, kinilaw, lumpiang bangus, and the Dumaguete Express which was featured in Margaux Salcedo’s column in Sunday INQ. Lunch was definitely yummy. 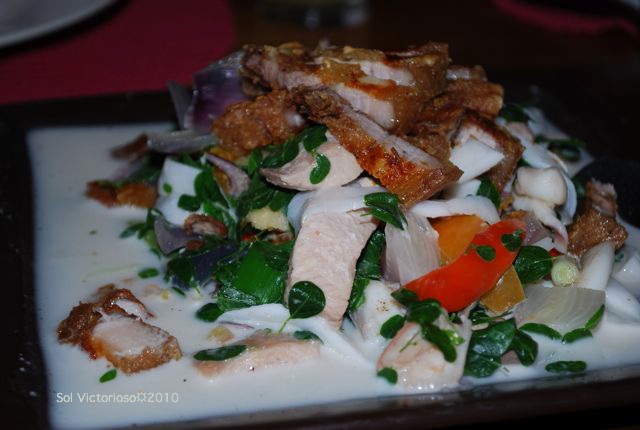 After lunch, Joey's colleague came to pick us up and drove all the way almost to the top of the mountain in Sibulan to have a view of the Twin Lakes. Yes, the twin lakes are located around a thousand feet above sea level. From the entrance, we walked down a long strecth of rocky steps before reaching Lake Balinsasayao. Since we were pressed for time, we only managed to see one of the twin lakes. On the other side of the ridge is the Lake Danao. 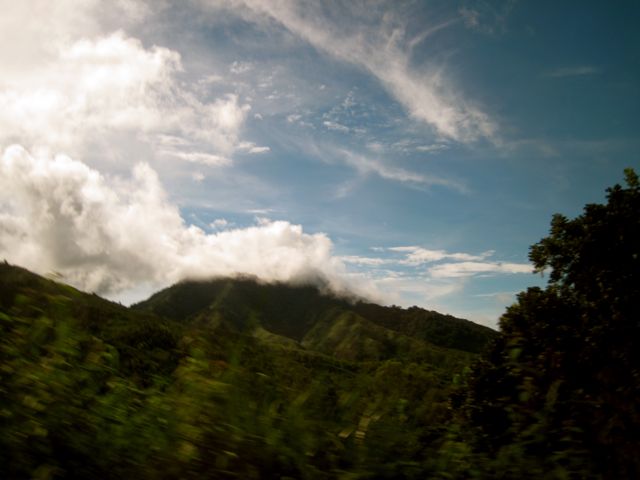 Are we there yet? Somewhere in that mountain is Lake Balinsasayao. 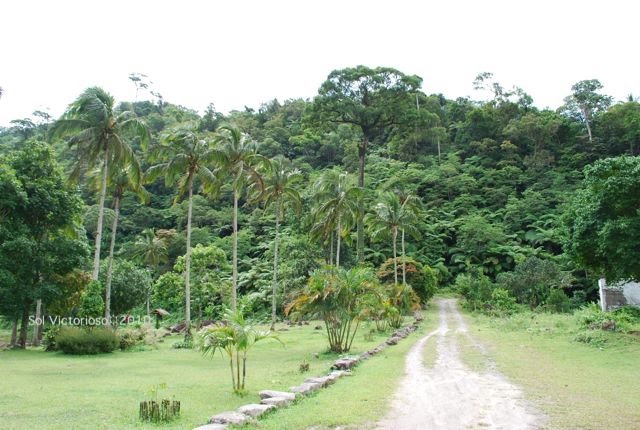 Finally, we reached the entrance to the Twin Lakes. 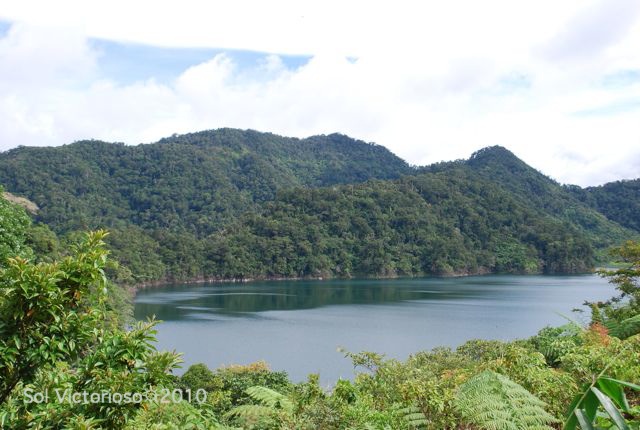 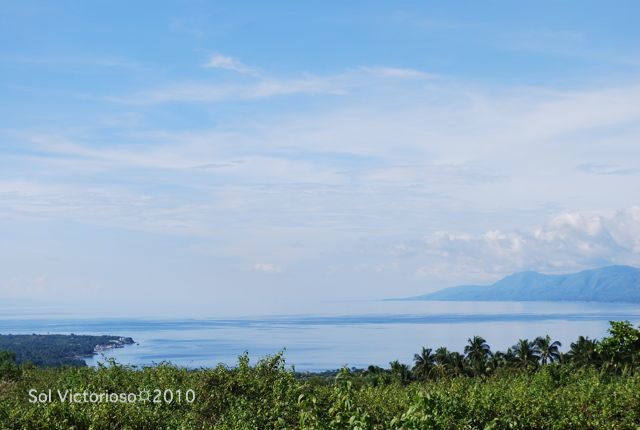 From up above, a view of the south of Cebu.

After the cardio exercise and stretching of muscles, we went for another nature trek, this time at the Forest Camp. I remembered the first time I came here with Joey. It was night time and as much as Joey described this place, I couldn't visualize it because it was dark and we only managed to get just outside the gate and never past it. This time though, in broad daylight, I appreciated the flowers, the trees, the shrubs, and the waters that run through the place. A nice place to do some meditation or spend some quiet time. 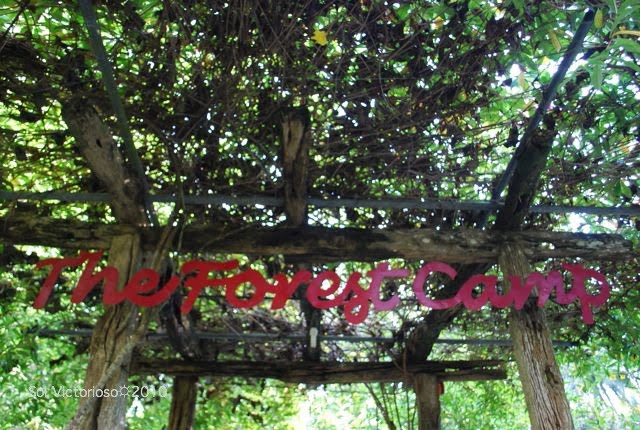 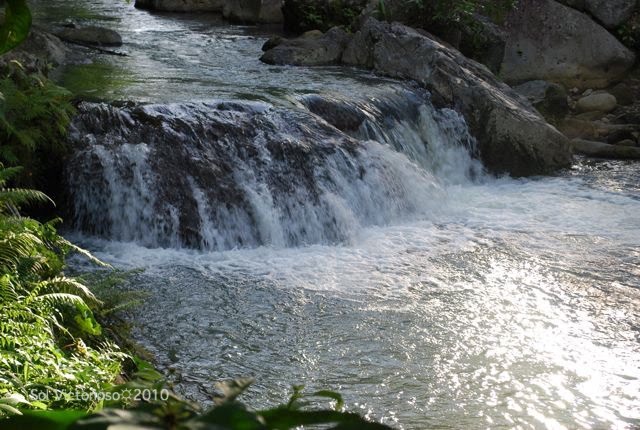 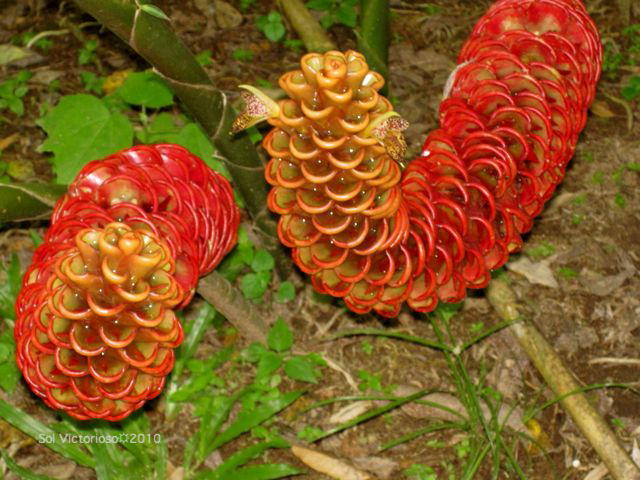 Having been done communing with Mother Nature, we went to the new Robinson's Mall where Cherie Gil, director Michael Williams and the other actors of the MASTER CLASS were having a press conference. Pardon the rudeness but Joey and I couldn't help raising our eyebrows and making side remarks with the questions being asked of the panelists. Bubble thought: Have they done their research before fielding such obvious questions?

And we were all fans that day, shaking hands with the gracious Cherie Gil and having the customary phot-op at the end of the event. In a way, this made up for us missing the play since it was staged at around the same time with our trip to Lake Sebu. 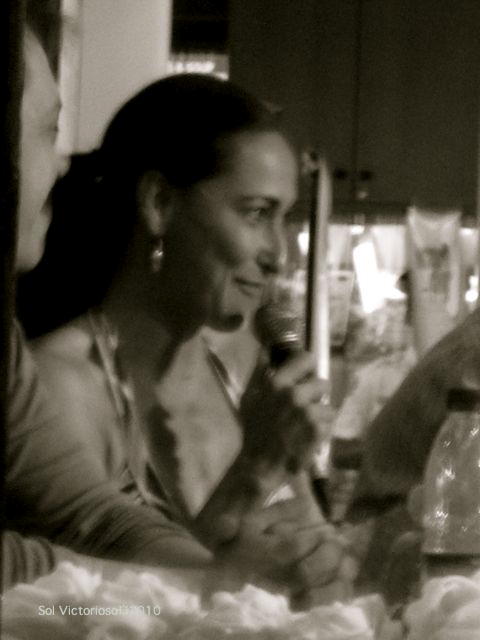 We ended our day with a dinner at Rana Verde. It's a cozy cafe filled with vibrant and happy colors. We had a mix of their specialties. And don't be fooled  by their spare ribs. While the menu says it is good for one, it can actually feed two to three persons. We capped the night with their very own Fruits in Ice Cream. 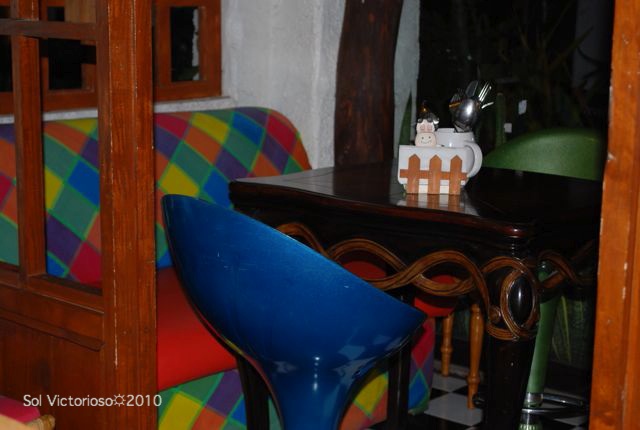 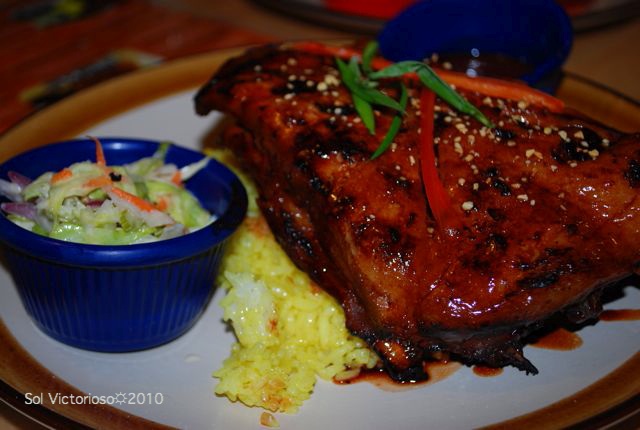 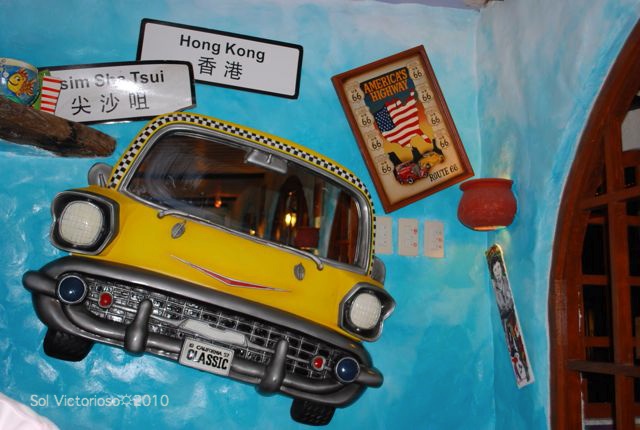 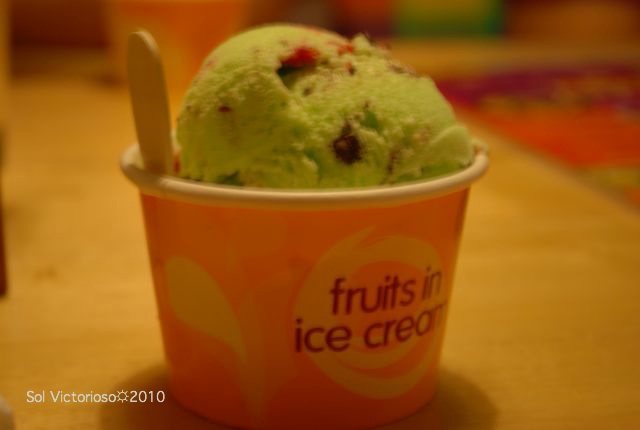 We left the city next day but not without sampling their famous budbod and rich sikwate for breakfast.

It was a quick vacation and we tried to squeeze in as many sights and flavors as possible but it was fun and it makes me want to go back to this city as I still have to savor more of the sights and sounds and flavors of this place and its neighboring towns.

Posted by sojournersol at 3:07 PM

nice photos, sol! and all that food looks yummy! :)

sol, have u tried Dumaguete's "puto"? my grandma always made us some when we vacationed there. its not puto per se, but sticky rice with handmade tsokolate poured over it. oh, i feel so nostalgic now! i want to visit Dumaguete again! its been a while.

Yes, the famous puto and sikwate where people from all walks of life would line up at a certain spot in the market early in the morning. We had it for breakfast in the comforts of the Utzurrum household.