Bring it on, Bohol!

I've been to Bohol on three occasions. The first time I set foot on this island was in 2003 when I joined my friends-cum-classmates in giving a lecture on the Fisheries Code to some residents in Buenavista. When all the academic work was done, we toured around Bohol courtesy of our friend Kathy Blanche Borja. Second time, the USC exchange students to Stockholm University joined Joel Bagon for his vacation in the Visayas early this year. And lately, I was back in the island as I joined the Heikkiläs for a day tour.

What to do, what to expect in Bohol?

If you're coming from Cebu, Bohol can be reached by sea. Take your pick, either the slow boat or the fast craft ferries (Ocean Jet, Super Cat and Weesam Express). You'll be arriving in the port of Tagbilaran and there will be drivers who would offer their vans for a tour around the island. This may be a shameless plug but I'd suggest you go look for Mang Emilio (+63 949 7395737). He's highly recommended by my friend Malou and I could attest to that since he was our driver-tour guide-kabiruan-kakuwentuhan rolled into one. He was like part of the family, a long lost relative who was happy to show his hometown.


1. From the port, the first stop is a place where on its soil stand the life-size monuments of Miguel Lopez de Legazpi and Datu Sikatuna depicting the BLOOD COMPACT. 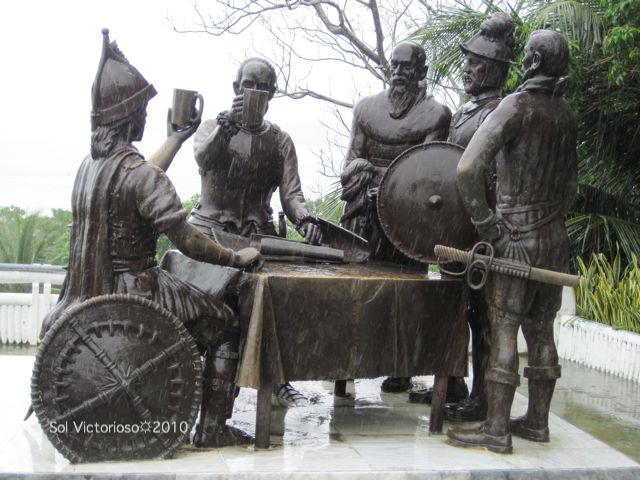 2. BACLAYON CHURCH in Baclayon is the oldest coral stone church in the region, one of the oldest in Asia and among the best-preserved churches built by the Jesuits in the Philippines. 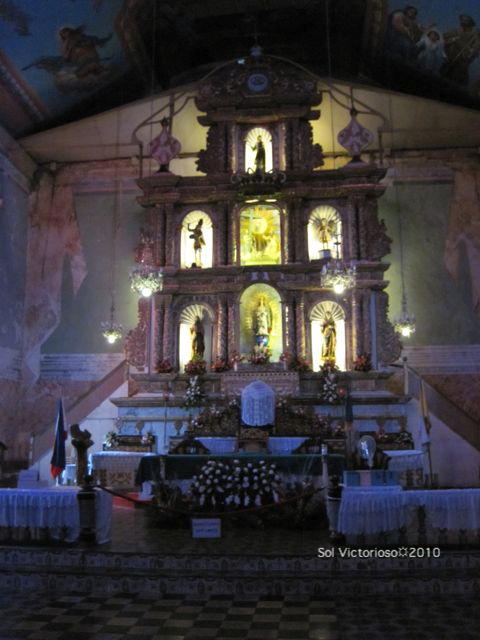 3. PRONY the PYTHON in Alburquerque which is 23 feet and weighs 200 kgs. You'll also find orioles here. 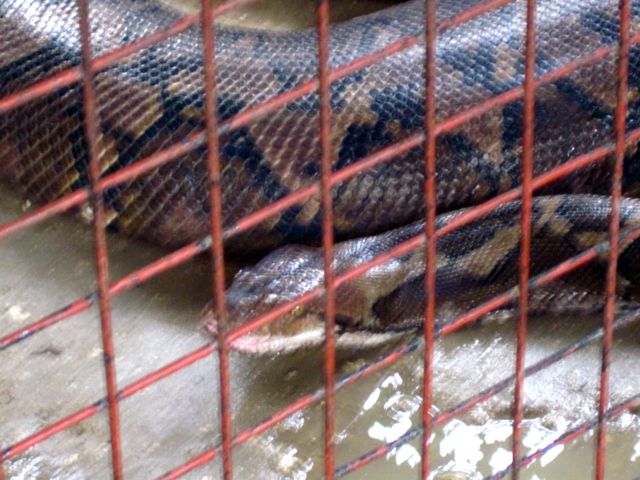 4. The creature that made the island famous --- TARSIER. 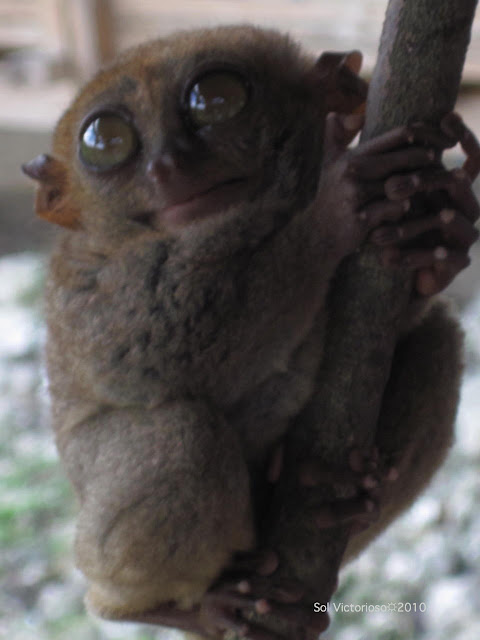 5. CRUISE down the LOBOC RIVER while enjoying an eat-all-you-can buffet lunch of Filipino dish. Throughout the cruise, someone will be serenading Tagalog songs and the members of the Balsa Tourism Project would perform local song-and-dance numbers in one of the stopovers. 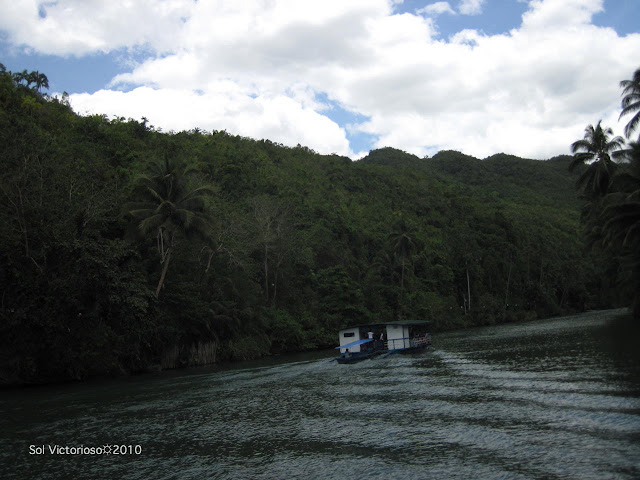 6. And while waiting to board the float inside the Loboc Complex, try BOHOL BEE FARM's home-made ice cream. The flavors range from the typical mango and chocolate to the interesting spicy ginger and lemongrass. The cone is made of cab-cab (cassava). This is just a precursor to an organic feast which you can have at BOHOL BEE FARM in Panglao or THE BUZZZ Cafe at the Island City Mall. 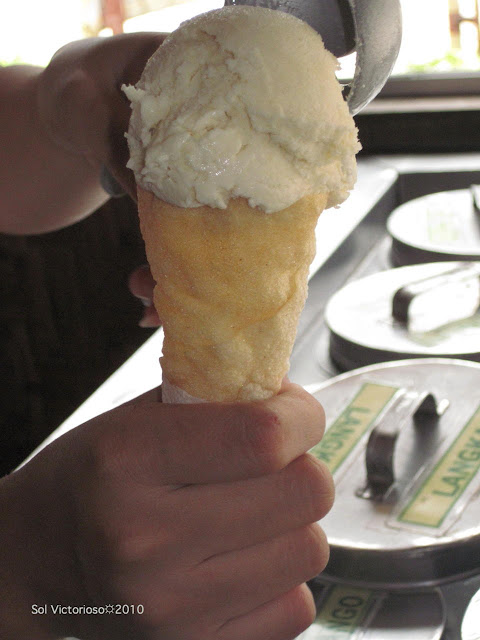 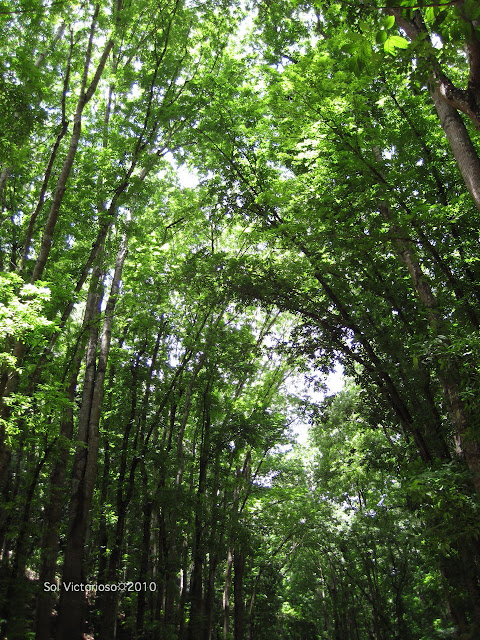 8. A guided tour at the BUTTERFLY HOUSE. Watch out for the gay butterfly. 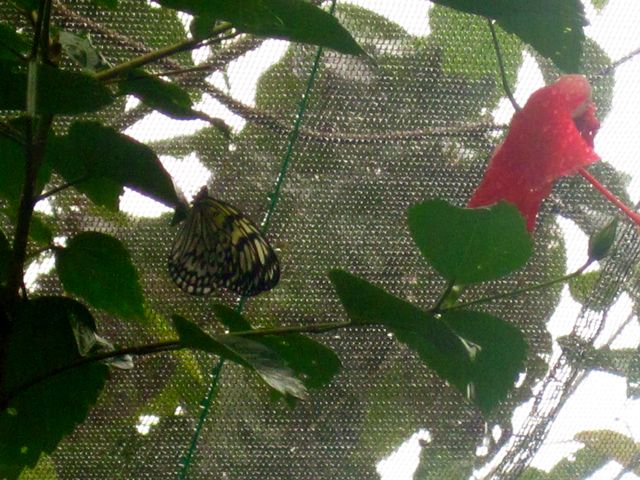 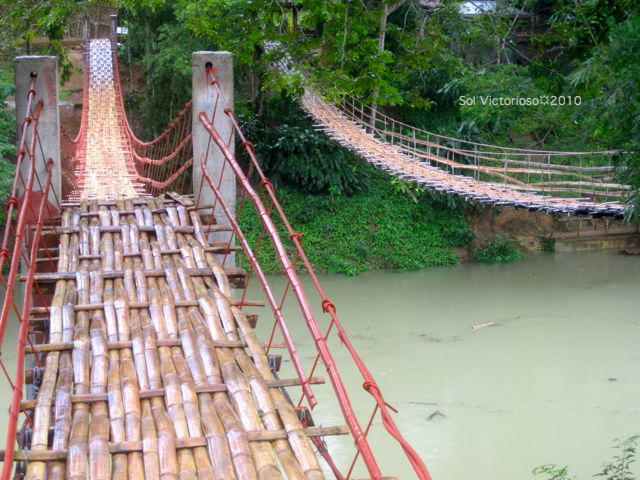 10. And of course, the CHOCOLATE HILLS. Prepare to climb up the long flight of stairs where you'll have a good view of these mounds which turn brown during summer. 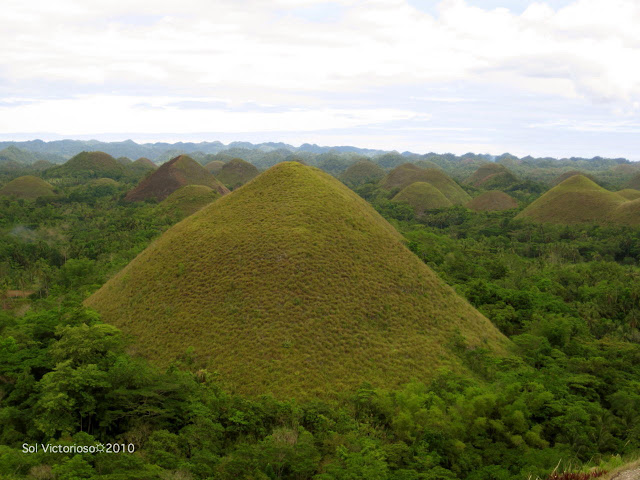 11. If you seek for some churning thrills, drive all the way to Danao for the EXTREME ADVENTURE TOUR. Try the SUISLIDE (their version of zipline), SKY RIDE (cable car which takes a long time to get from point A to point B) and THE PLUNGE (their stats show that more women try The Plunge than men). 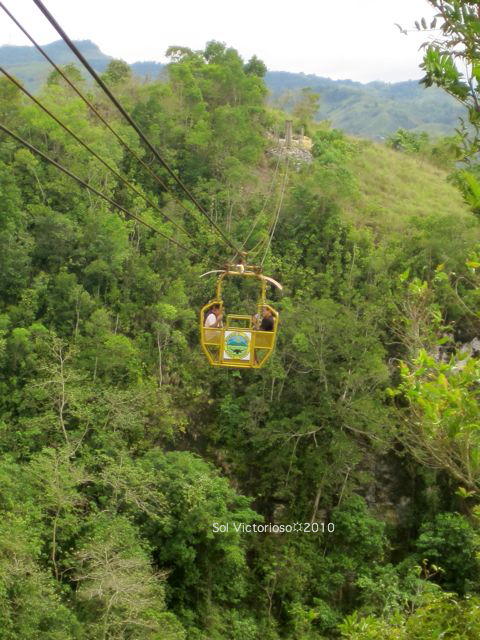 12. A trip to Bohol won't be complete without dipping in the calm waters of Panglao. Feel the soft white sand of Alona beach on your feet. 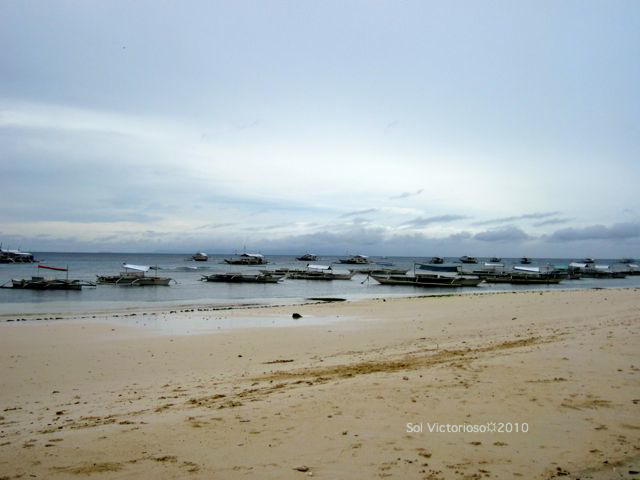 When you leave the island, take home some treats such as the Alva's Chicharon, Peanut Kisses and Calamay.

Enjoy the sights, the rides and sweets in Bohol.

Posted by sojournersol at 4:51 PM

Wow, this is very helpful. Thank you for taking time to share this info. :)- Marshi

I adore Bohol. After the Sinulog Festival last year, my parents and I spent a few days in Bohol (we took the supercat i believe!) and I absolutely looooooved it! The place, the people, the traditions, the attractions. It was truly special, I was so lucky to get to see and experience Bohol!