Around Capiz (with a pit stop in Iloilo)

This year, my Mom and I spent our Holy Week in Roxas City. Apart from visiting Maves Simon, a friend way back in high school who survived a year since she had her kidney transplant, it was a chance for us to explore the genteel city and its environs as well as literally sink our teeth into the seafood, the city's pride and treasure.

My Mom and I, together with my friend TSC, took the Cebu Pacific flight from Mactan to Iloilo. We were fetched at the airport by TSC's husband as well as her brother. From the airport, we proceeded to the Tagbak Bus Terminal where we boarded the Ceres bus bound for Roxas City. TSC and her hubby disembarked at Tinaytayan en route to Dumalag while we proceeded to Roxas. The fare from Iloilo to Roxas (aircon bus) costs Php 169.00.

On our first day in Roxas City, we climbed up the Culasi Point (Medium Lighthouse). It was a slightly difficulty trek especially for someone who has shied away from physical activities for some time now. We treaded on black rocky shores and a hilly landscape before we finally reached our destination. Then, we had to take several flights of steps up the ladder in order for us to reach the top of the lighthouse where we had a nice view of the city and a blast of the cool breeze. Mr. Jun Anisco, the lighthouse keeper, told us that the lighthouse is powered by solar energy. 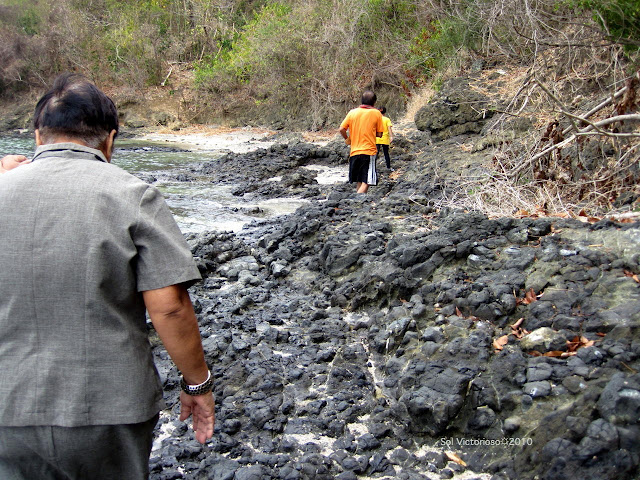 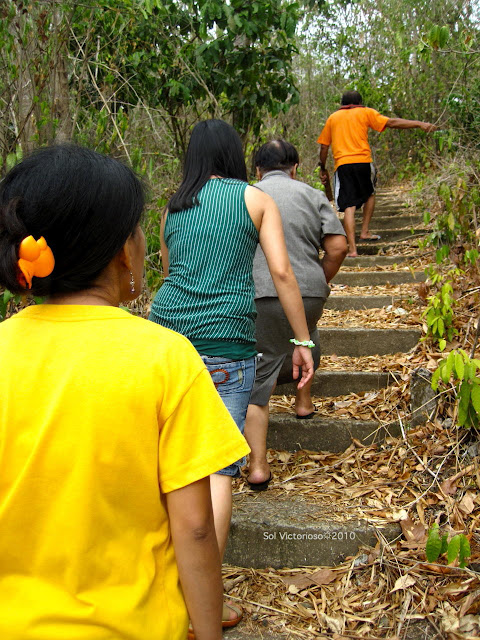 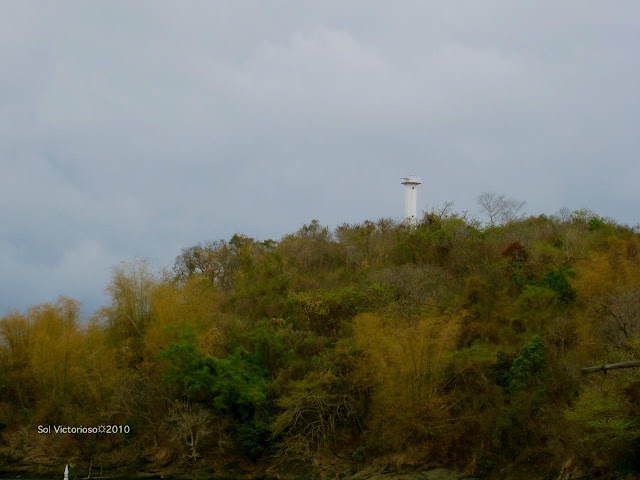 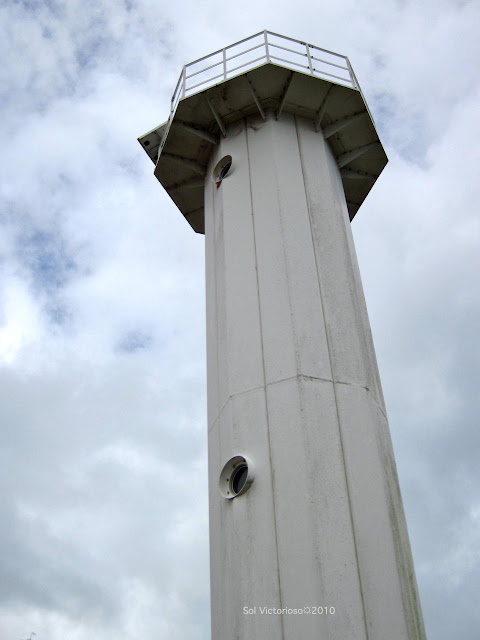 (Thanks to Lt. JG Rodolfo Dela Peña, Jr. and the rest of the Philippine Coast Guard 604 Auxiliary Squadron for allowing us to climb up the lighthouse.)

From Culasi, we proceeded to Lolet's Eco Park in Dao, Capiz where we had lunch and relaxed under the tall trees for three hours. Then we went to my friend's home in Lonoy to celebrate her Papang's birthday. 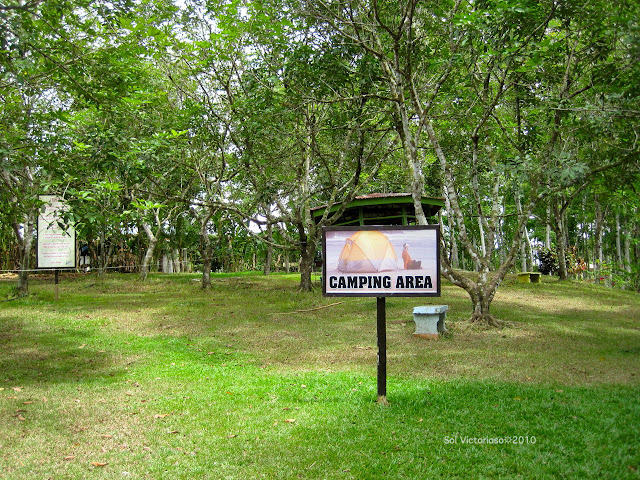 Second day had us doing the rounds in the city center. It was a Good Friday. The church was packed and the crowd was spilling beyond the church walls. Beautifully decorated carrozas were slowly making its way to the church grounds. There was even a tiangge which was also buzzing with so many buyers and vendors. The city center was like any typical pueblo. Near the church was the city hall and the provincial capitol. 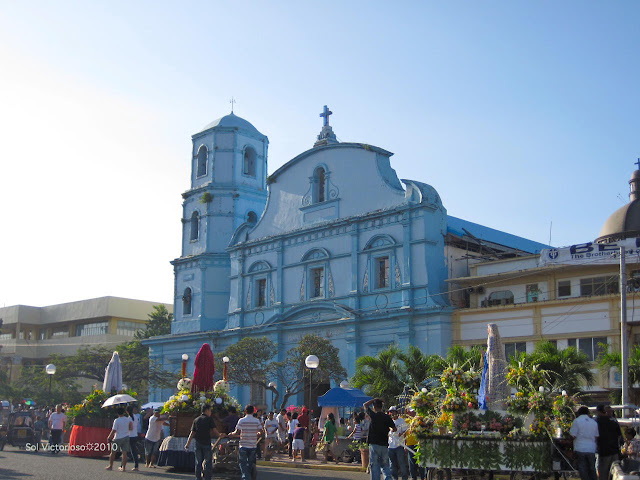 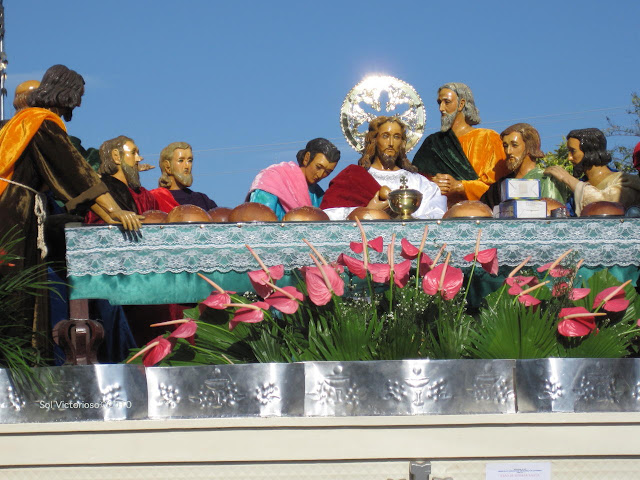 One of the carrozas during the procession 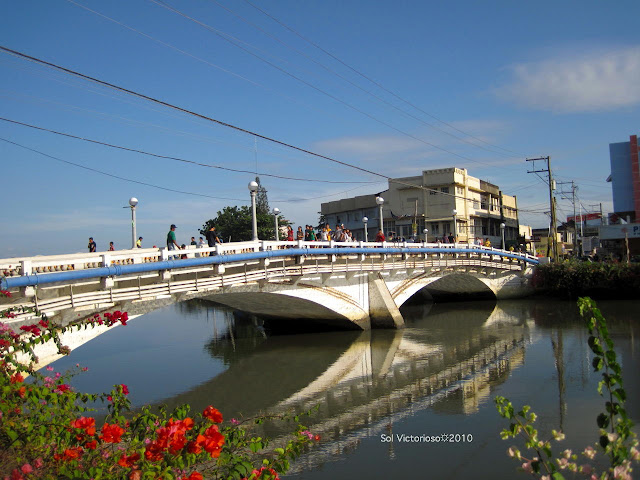 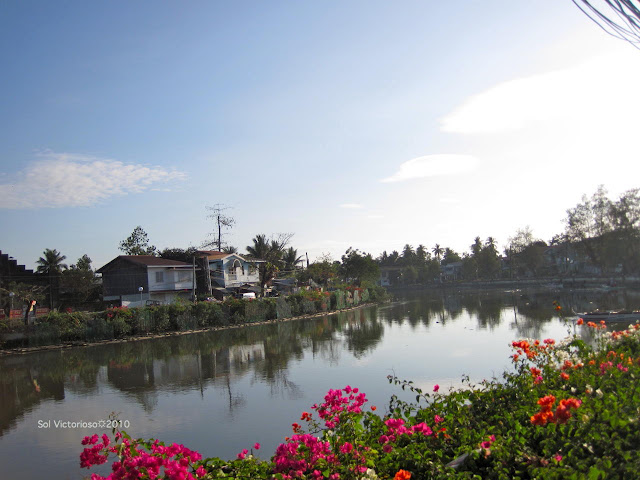 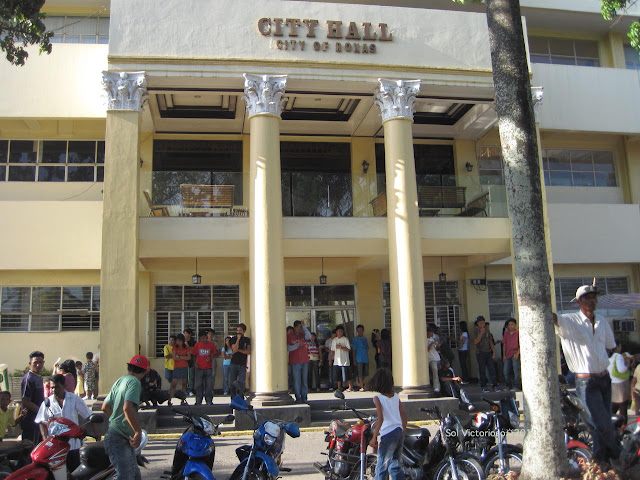 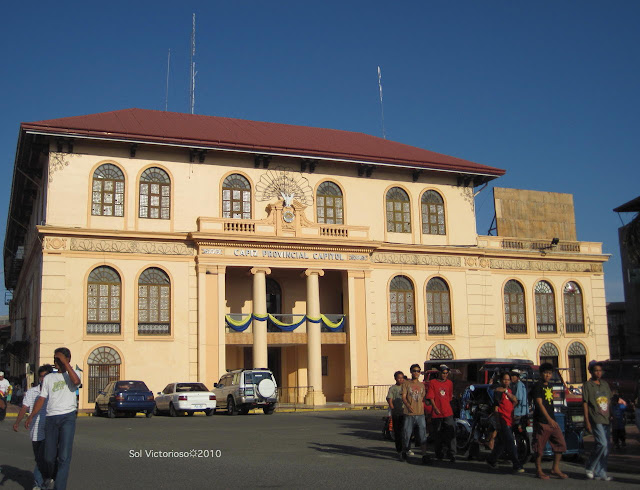 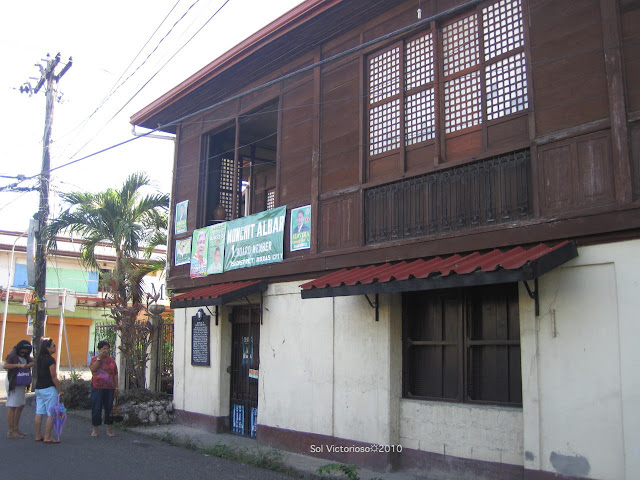 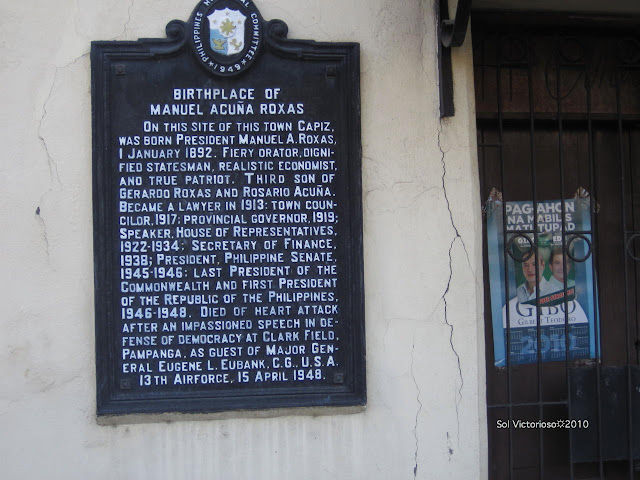 How ironic! Posters of Gibo Teodoro, Edu Manzano and Joc-joc Bolante
were all over the Roxas ancestral house. 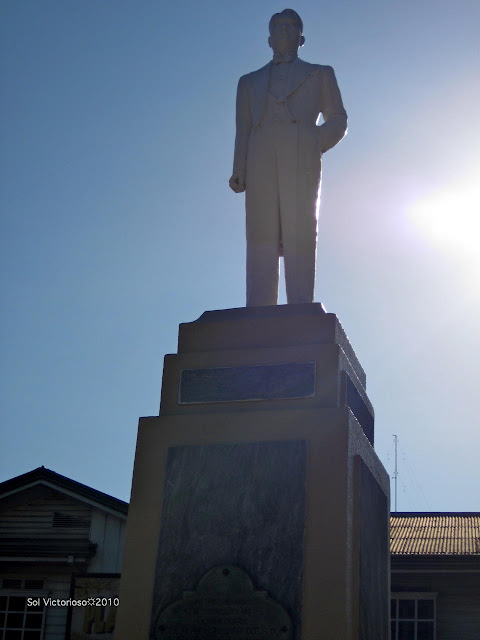 A statue of President Manuel A. Roxas in the city center. 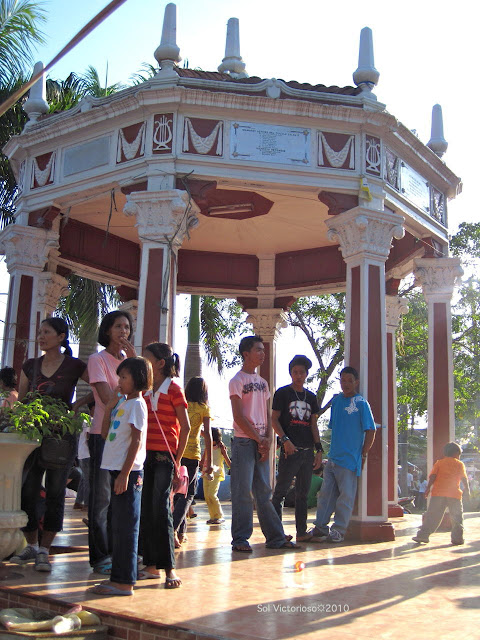 The Bandstand was built in the 1920's.
Events have been held in this landmark. 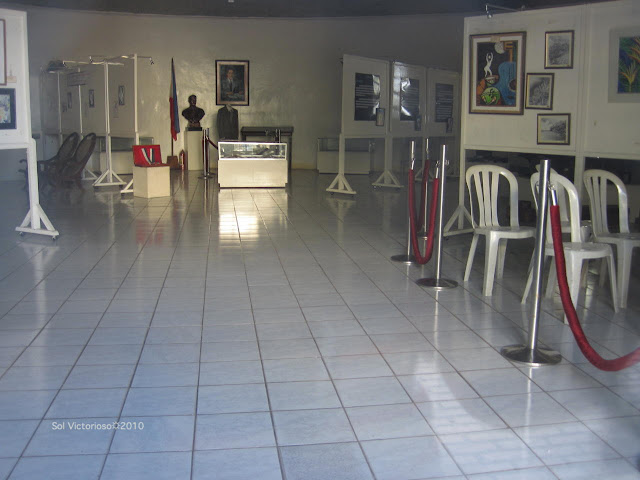 History of the city is documented in Ang Panubli-on.
However, it was closed for the holidays
so we only got a glimpse of the museum through its glass doors.

On our third day, we went fishing at Capiz Bay Resort. 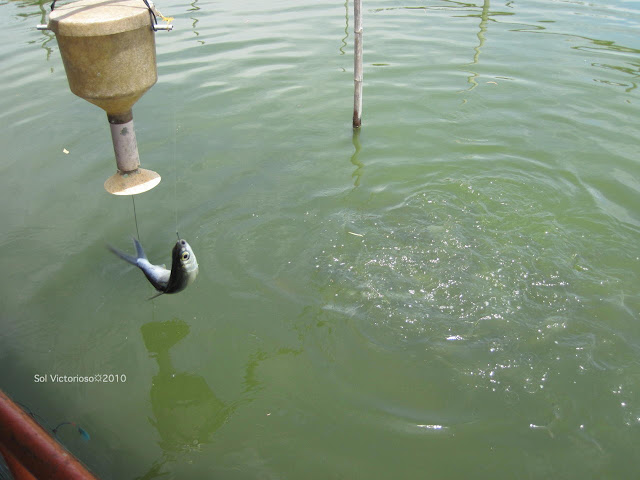 A trip to Roxas City won't be complete without devouring the seafoods. A must-do is to savor the sea's bounty at Baybay Seafood Grill. Food stalls line the coast. You will find your usuals such as blue marlin, crabs, squid and shrimps. But do try the Diwal or the Angel Wings for which city is known for. 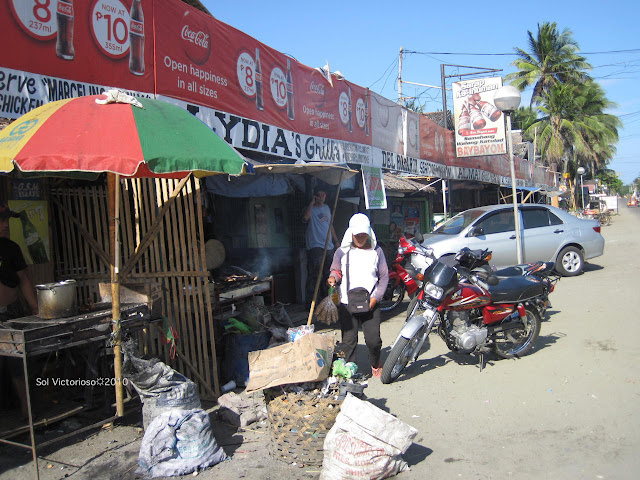 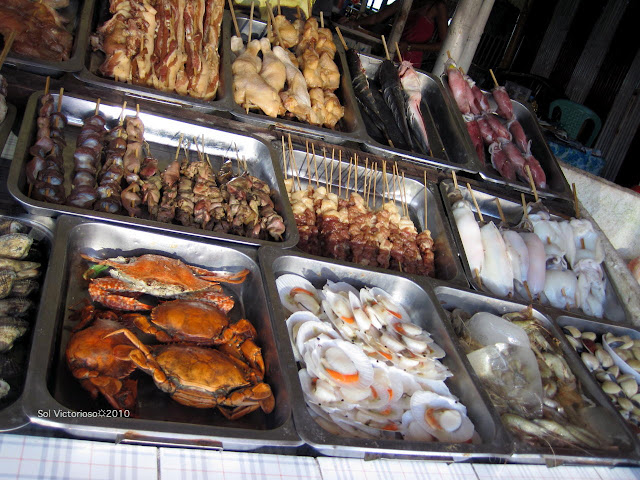 bounties from the sea and more 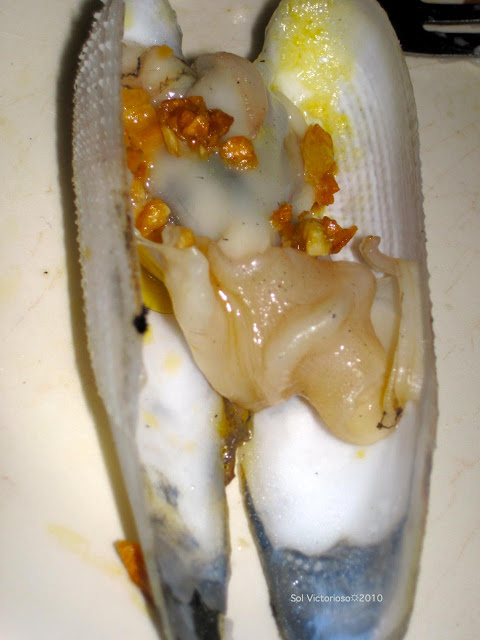 Apart from the seafood fest, we also dropped by Nesta's, an old-timer in Roxas where we savoured their halo-halo.

Our last day in Roxas fell on Easter Sunday. We attended mass at a chapel near Lonoy and had a heavy brunch before boarding the Iloilo-bound Ceres bus. In Iloilo, we stayed overnight at Tina's place. Instead of sight-seeing around Iloilo, we stayed home, rested and just enjoyed a laid-back evening with Tina's family. On our way back to Cebu, I had to grab packs of JD's brownies, my favorite Iloilo pasalubong. JD's has a branch at the Iloilo airport.

It was indeed a relaxing vacation and I think I'd probably find myself going back to this side of the country in the future.

Posted by sojournersol at 5:25 PM